It doesn’t seem like Aleah Finnegan is there. Is that it for her or do we think she’ll be back again at some point? You’d think she wouldn’t bother going through the nationality switch for one competition, right? On another note, someone commented that Emma Malabuyo should also represent the Philippines and Emma liked the comment. It could be nothing, but they could become quite the duo.

Does seem odd. I (mistakenly?) assumed the whole point of switching and competing at SEA Games was to make a run at Worlds.

Maybe it was just a trial for next year where she’d make a Worlds and maybe Olympics run? It definitely didn’t seem like too much effort was put into routine construction which would make more sense if she was just getting a feel for things.

I haven’t found a roster yet to see who is there.

But yeah, it makes zero sense for Aleah to attend these championships as this Worlds is meaningless in terms of Olympic qualification. It would just be to qualify to Worlds and compete there for experience only.

Nothing wrong with that. I don’t think worlds should just be about Olympic qualification.

The Chinese women’s team is reported to consist of Olympic team members Tang Xijing and Zhang Jin, World UB medallists Wei Xiaoyuan and Luo Rui, plus Wu Ran and Sun Xinyi who I think are new to international competition.

In general there seems to be very little information available about a fairly major competiton which starts in less than 48 hours. 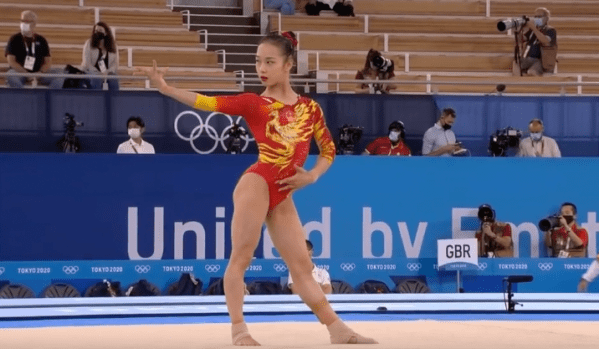 The Asian Championships—the next step in the world championship qualification pathway—begin this week in Doha. On offer for the women will be 4 team spots at worlds, as well as an additional 8 all-…

Nice write up from Spencer.

The format is weird. It sounds like its going to be just like a World Cup event, but they’re going to add up AA and team scores after qualifying.

Based on an article put out by the organisers, Chusovitina is there, only doing vault by the sounds of it so she will be using the World Cup spot to go to Worlds. Kazakhstan and Hong Kong seem to have teams of 5/4 women, which is an improvement from 2 each in 2019.

Kazakhstan and Hong Kong seem to have teams of 5/4 women, which is an improvement from 2 each in 2019.

It is a team qualification as top 4 go to Worlds, which is unusual for more than 3 to make it to the top 24.

Kazakhstan, Taiwan, Hong Kong, and possibly Uzbekistan have a shot at that 4th team slot at Worlds. India could also potentially surprise.

Although with Chuso only doing VT, I wonder if it is not a full team effort from them but individual events.
North Korea doesn’t appear to have any athletes.

Results are being published in PDF form at this link: https://drive.google.com/drive/mobile/folders/1G2X8szHHDnrCfK1CtiNWxh5fBjsrwDRt?usp=sharing

So far, with some countries still to compete today but no one likely to threaten the top spot, China lead both team competitions, 2.5 points ahead of the Japanese men (after Floor, Pommel Horse and Rings) and 3.3 ahead of the South Korean women who have edged ahead of Japan for second place (after Vault and Bars). 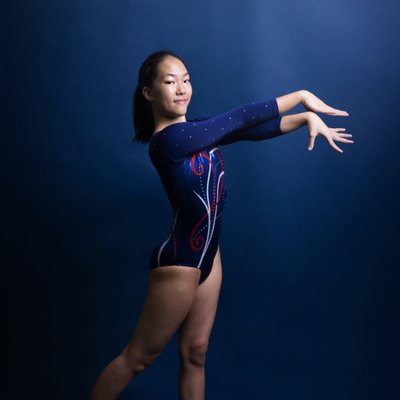 I thought FIG wanted continentals to be more prestigious.

So why this backwoods, 1989ish, reporting happening??

C’mon invest a bit in the technology.

Well that is on the Vietnamese Gymnastics Federation themselves…it was made very clear by FIG that continentals are qualifiers to Worlds.
Thailand went to Asian Games and they rarely attend Asian Games and generally stick entirely to Southeast Asian Games. I can’t recall the last time Thailand sent WAG to Worlds.

The China_Gymnastics instagram is at least posting videos for their team: https://www.instagram.com/china__gymnastics/

Assuming today’s results are final now (its 1am in Qatar), the unusual format means we have directly comparable scores for everyone at the halfway stage, with everyone having competed on the same apparatus on day 1.

MAG team medals are very much still up for grabs:

Kazakhstan are two points ahead of Uzbekistan and Iran for the fifth and final team spot at Worlds.

Carlos Yulo leads the AA standings (this is for Worlds qualification for him as well, with the Philippines team out of the running down in 8th) ahead of two Chinese gymnasts Yin Dehang and Yang Jiaxing but there are a lot of people quite tightly packed together at the top.

With only four team qualification places available for the women and Taiwan having more than four points gap over fifth and sixth place (again) Kazakhstan and Uzbekistan this looks like the four who will be going to Worlds.

Wei Xiaoyuan leads the AA (and bars with a 15.000), followed by Tang Xijing and Zhang Jin. Lee Yunseo of Korea is the best placed non-Chinese competitor in 4th.

I suppose no one really knows because there is no information about this competition, but would teams be able to decide their line ups for tomorrow now after seeing the first day of results? So if say China hadn’t planned for all of their top 3 to do AA can they change their mind now?

Thanks for the update

image898×379 68.9 KB
Japan should move ahead of Korea because they are stronger on beam and floor and Korea only has a few tenths lead.

Taiwan should take the final team spot but don’t count out Uzbekistan or Kazakhstan just yet as both teams are very strong on FX and that event is also Taiwan’s weakest apparatus.
It could come down to beam.

Also, no Philippines is surprising but maybe they figured it was not worth sending a team since Finnegan was not going to be available.

Aleah is currently on vacation/missionary in the Dominican Republic as a delegate from the Albert Pujols Family Foundation.

It gets worse today. It’s gone midnight in Qatar and only the first subdivision results have been posted. The organisers have posted pictures of the podiums - all four gold medals today went to China - but as for anyone else, who knows. Who’s going to Worlds? Do the AGU care?