Is there any thread about it already? 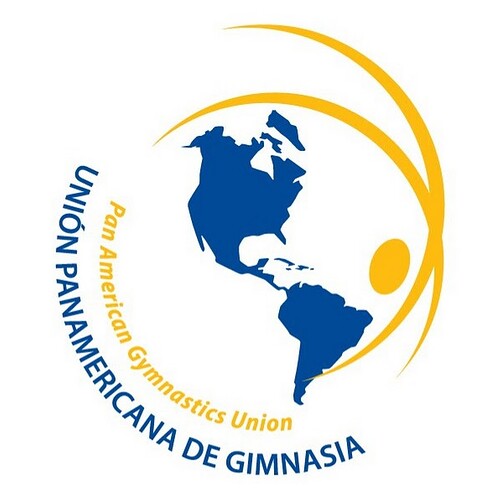 Not yet! Thank you for making one.
Moving this thread to National Regionals forum.

Qualification draw is out: US in first sub, Canada and Brazil in fourth. Ellie Black and Jade Barbosa have apparently withdrawn.

@Pamchenkova
Pan Am 🧵 Qualifications draw + most recent definitive registration. The US starts on UB in the first sub ... that final subdivision is going to be 🔥. 1/3 https://t.co/Sfz14Zzo2d 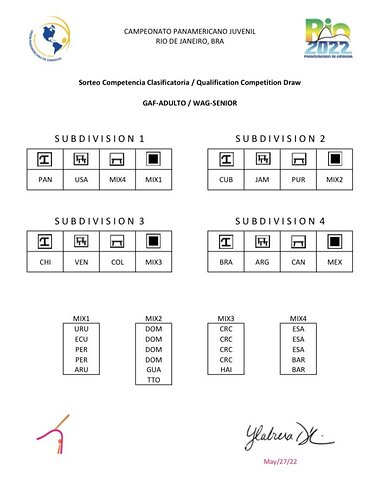 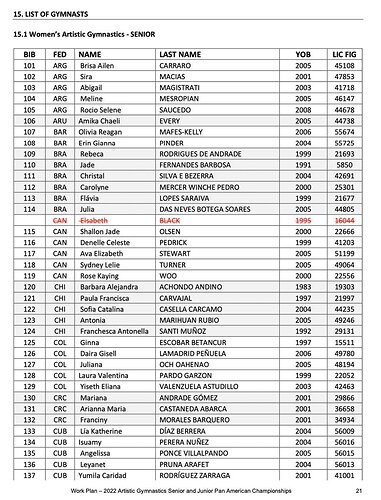 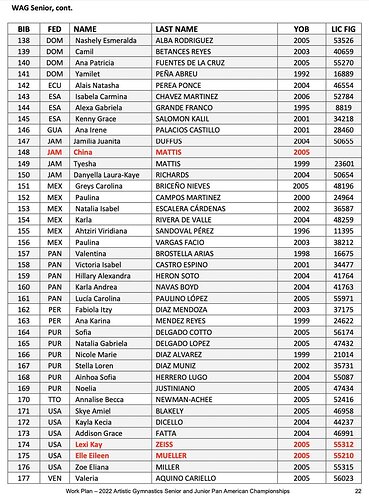 I’m more intrigued by the Chilean gymnast with the 1983 birth year.

Agreed! I feel encouraged by sharing a decade with a gymnast at Pan Ams… not going to specify my own age though, lol

Yamilet Pena is on the roster. Wonder if she’s still chucking double fronts at age 30.

I’m more intrigued by the Chilean gymnast with the 1983 birth year.

She retired in 2000 after not making Sydney Olympics.
She came back in 2011 and competed internationally at a handful of the Challenger Cups.
She took another retirement/break in late 2014 after she got injured.
She returned to training in 2020.
She was 13th on floor in qualifications at Osijek last month. 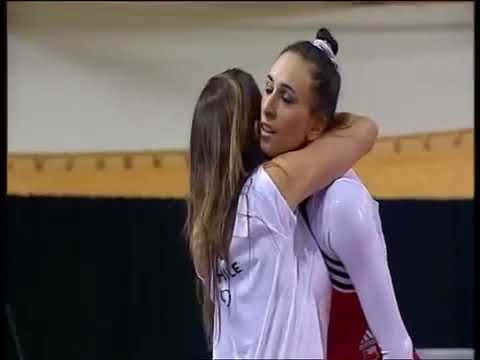 Jade Barbosa has withdrawn from the Pan Am team due to instability in her knee.

This is unfortunate news for Brazil Gymnastics who were expected to win their first team gold.

Barbosa, Saravia, and Andrade were expected to give BRA the top score on VT.
Her DTY will have to be replaced (likely with a FTY).

While they have not announced the final team yet Andrade, Barbosa, and Saravia were locks. 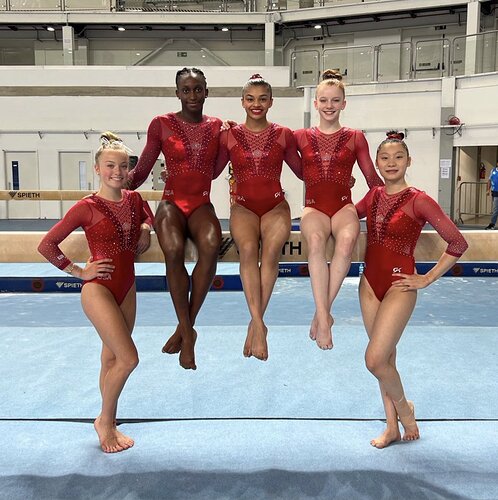 What do we think? 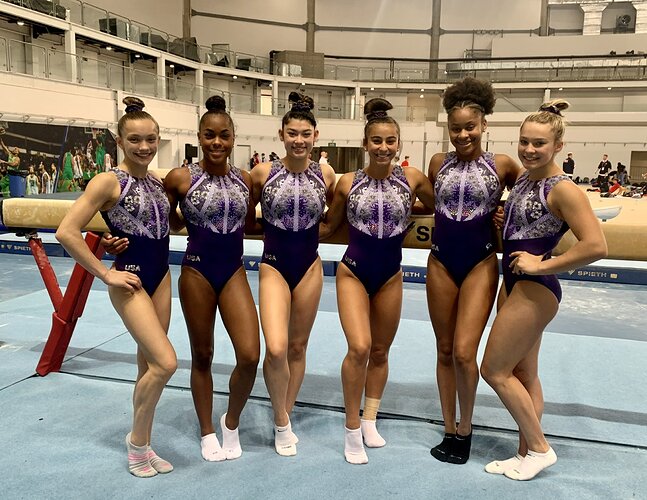 I like this one, so will probably never see it again.

I like the red one. It’s less tacky than GK usually gives them. 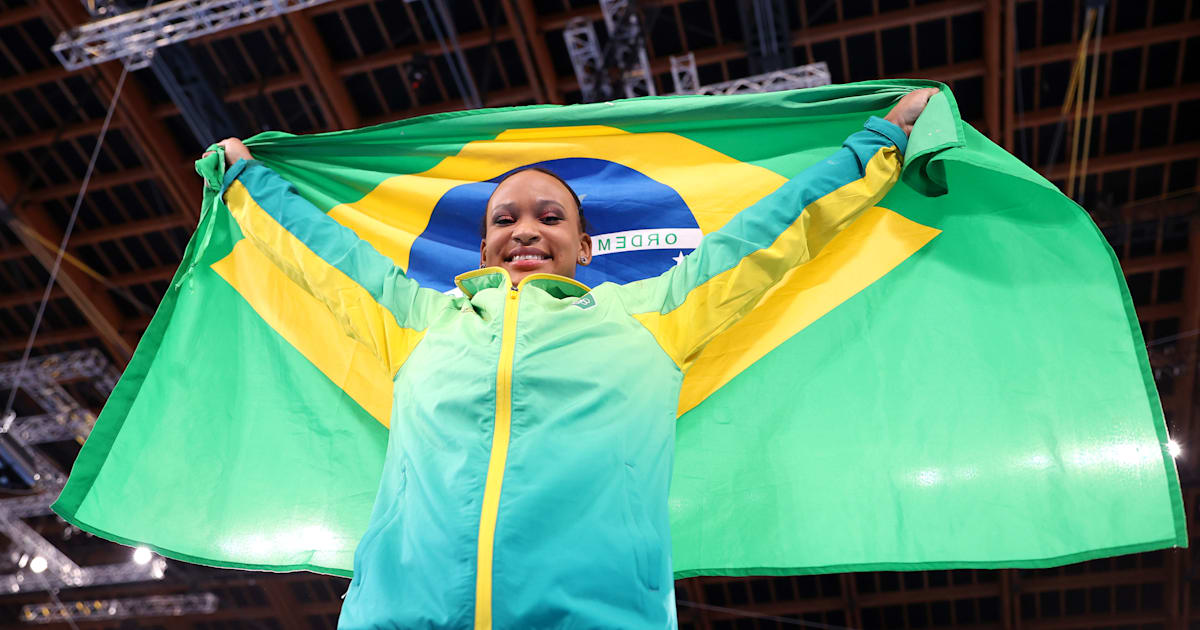 Rebeca Andrade: "I knew I had talent and understood all my possibilities"

Looks like every red leo they’ve worn since Carly in '04.

Why the sparkly corset nonsense in the neckline of the red one??
I’d like the purple-y one a lot of if the top half was just the flowered and didn’t have the checkered criss-cross lines on top of it.

Some at GK needs to look at the leos before manufacturing them and take 1-2 details off of each one. Then they’d be nice. But as-is they’re just too much.

Some at GK needs to look at the leos before manufacturing them and take 1-2 details off of each one.

THIS. But it’s not just GK, it’s basically every leo out there. They all have 1-2 too many elements.

US Senior women podium training leo. Like the color, hate the design.

@USAGym
Podium Training is in the books for the Women's Senior Pan American Championships Team! Senior qualifications take place on 7/15 with finals to follow on 7/17 in Rio de Janeiro, Brazil! @UPAG_PAGU | @gkelite https://t.co/JrOj1HrPSk 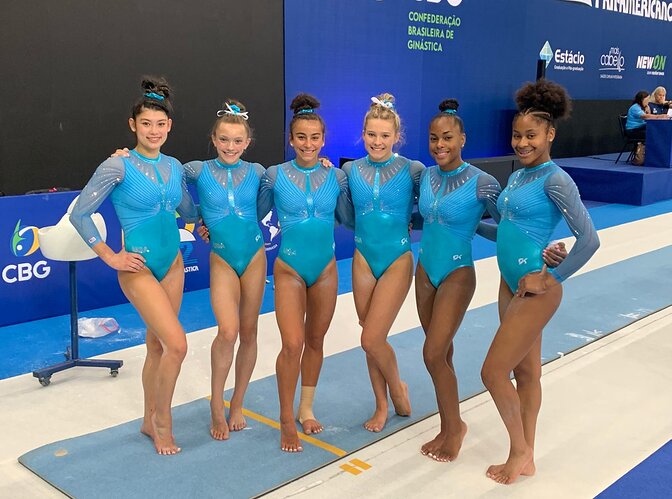 I don’t care for the blue Leo. It just honestly isn’t all that flattering on them. And that thing down the front of their chest? Is it like supposed to be a tie?