This is the worst arena I’ve ever seen. Several events are missing, and someone’s going to hurt themselves on all those wooden planks and cords left lying around.

I really hope qualifications/AA is streamed somewhere if it’s not on TV.

I have to get serious about a VPN and a stream again. No luck trying to watch the BBC for CWG and got discouraged with the amount of effort it takes.

For UK viewers, the team final is listed for BBC One on Saturday afternoon. Apparatus finals are also in the episode list, don’t know where that’ll be yet.

No sign of qualifications. If there isn’t any coverage that’s especially poor as it looks like there will be coverage of the European Championships on the red button most of the day, and WAG AA is the only medal event on Thursday. The only other events are the heats of the cycling, rowing and climbing.

The opera browser has a built in vpn too. At least it used to.

Ugh so annoying. I bet there are plenty of us who would be willing to pay for a stream if necessary!

I think it will be streamed (at least posted) on: https://www.eurovisionsports.tv/ as it’s one of the partners

I hope so. The live stream was blocked (in the UK) last year because the BBC had the broadcasting rights. Hopefully if thats the case, a VPN should work. 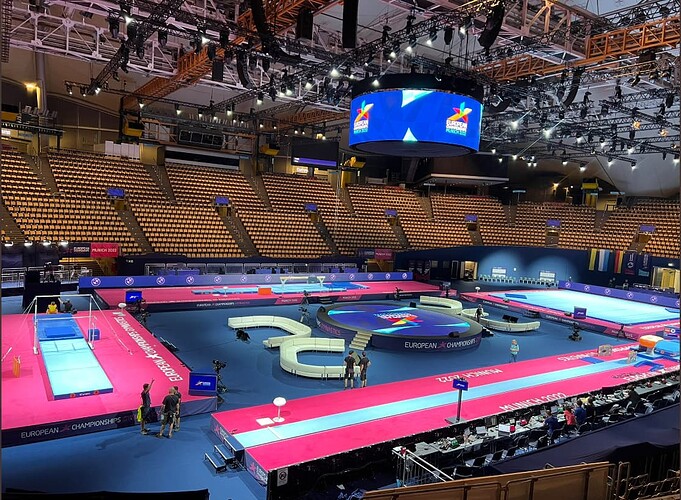 Not a fan of the talk show set and stage in the middle of the arena. This is the first time I have seen this set up and I am NOT a fan.

I actually don’t mind it. Assume the podium in the middle is for medal ceremonies, which at least should make them a bit faster. Although that may be a spinning floor. I’m sure we’ve had one of those before.

The sofa seating might actually be kind of cool instead of the folding chairs.
Just so weird not to see FX in the middle.

Will they be able to fit all the men’s apparatus?

I always think if you are a little sweaty, those sofas will be sticky and icky feeling.

I actually like that the apparatuses are closest to the audiences… But it makes choosing a good seat tough.

it’s going to look mighty weird all those white sofas full of people just sitting at some point, I guess. Seems like a weird choice, but we’ll see. 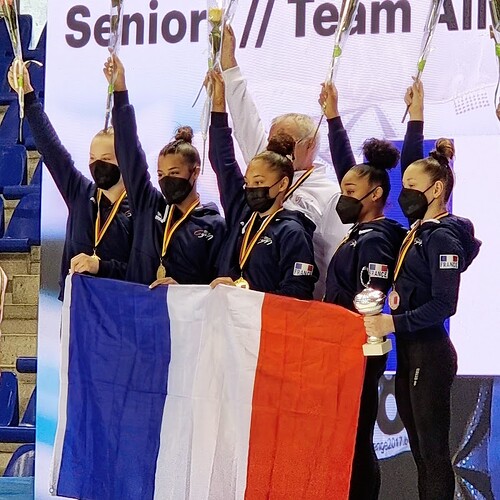 Posting gymnastics videos from competitions. Videos and interviews are all mine. Contact : [email protected]

Ok I did know on an intellectual level that Euros was the week after CWG, and I realise that the last EF was 7 days ago. Nonetheless, how is this happening now? Never mind being worried about Kinsella, GMF and Ondine having the energy to get through both, I’m frankly worried about my own stamina.