Why is Kara Eaker wearing a weight belt?!

No, seriously, why the fuck is Fong having her wear a fucking weight belt around her waist?! This is from Trials podium training. 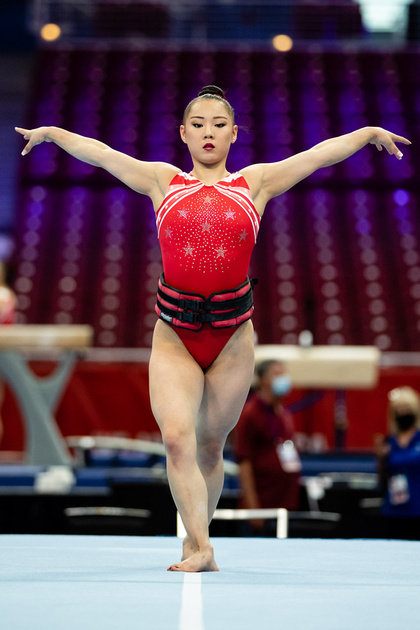 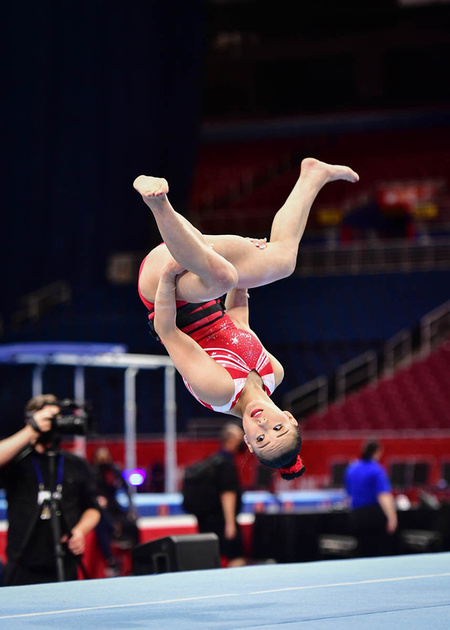 That has to be terrible for your low back, right?

Poor Eaker. Why doesn’t she speak up? Although, it is possible that she finds it useful to train with. Who knows. Just one quirky thing that is bound to pop up over the next few days.

Training with weight vests / belts is very normal in many sports. It looks like she is doing basic beam stuff… why would this hurt her?

In Kara’s case, because she can barely get some of the twists around as it is so extra weight is not going to help her health (and it looks like she is on the floor so unless she is doing “floor beam”, she is risking her knees even more than usual). If she were doing it into a pit at her home gym…nbd.

The benefit of using a belt is that when you take the belt off things feel much easier. If you’re used to being, and train being, weighed down, it makes the body work harder.

She’s not doing her beam skills on the floor. She’s very clearly doing that abomination of a side somi out of her 3.5. Methinks she definitely should not be wearing a weight belt for that, considering she’s never once done the skill properly without one.

it looks like she is doing her BB set on the line. The first image is the finish of the ACW-LOSO-LOSO and the second image is of her side salto - L leg landing first.

I stand corrected, she rly grips her legs like that on the side somi.

Thank you. That is indeed her beam.

So why don’t we see tons of the guys wearing weight belts in training?

Because they have enough body weight to work against. For the same reason, weight belts etc are used far more frequently in RG than in WAG. (The average RG international level competitor is 2 inches taller and 8lbs lighter than the average WAG competitor).

That said, why a weight belt would be beneficial in a pre competition, podium training environment I do not know

Please don’t tell me this second pic is her punch front out of her 3.5 haha