Via Gymcastic. Reading this just makes me mad. I get that an already complex qualification process was made even more opaque with the delay to 2021, cancellation of the AA World Cup Series and potential cancellations of some continental championships. But Jesus Christ, how can a NGB not understand even the basics of how this works?! 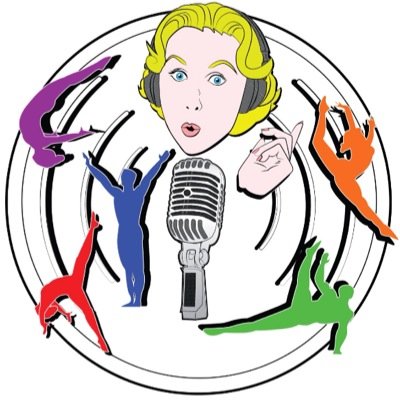 Statement attributed to @USAGym regarding Jade Carey and the @Tokyo2020 Olympics. https://t.co/XvfvM9HC9A 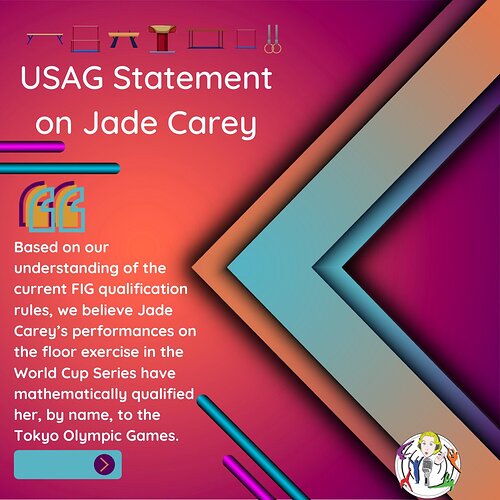 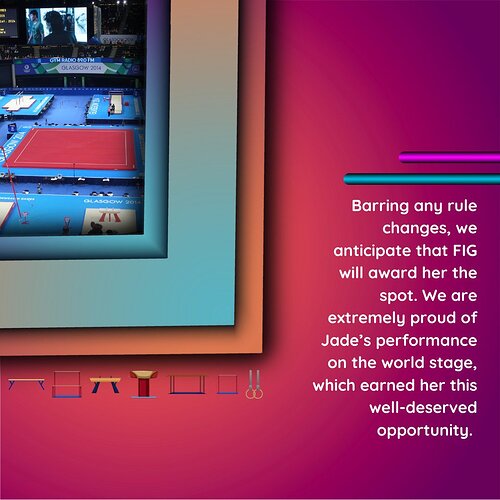 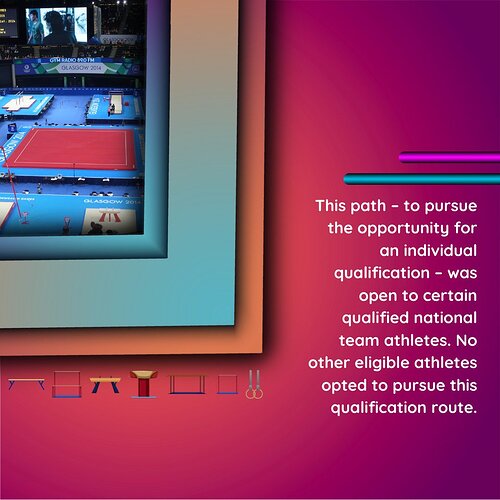 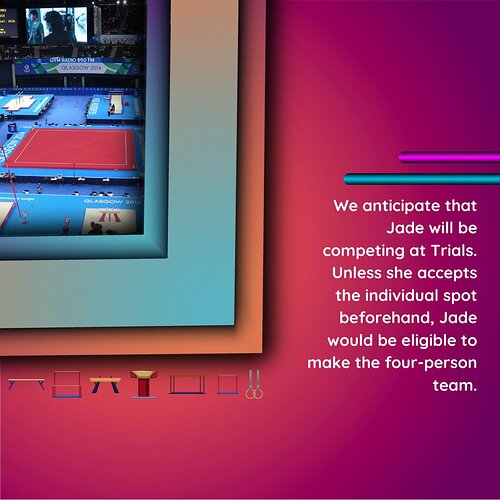 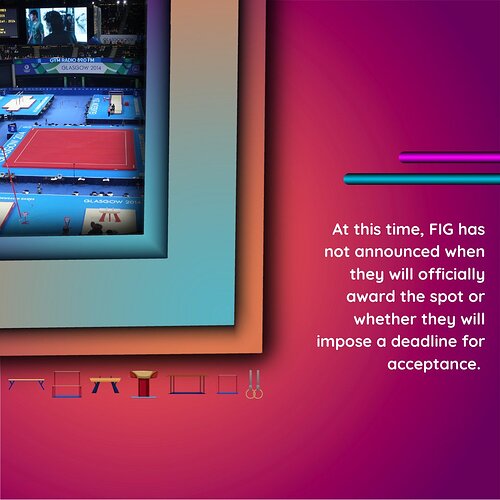 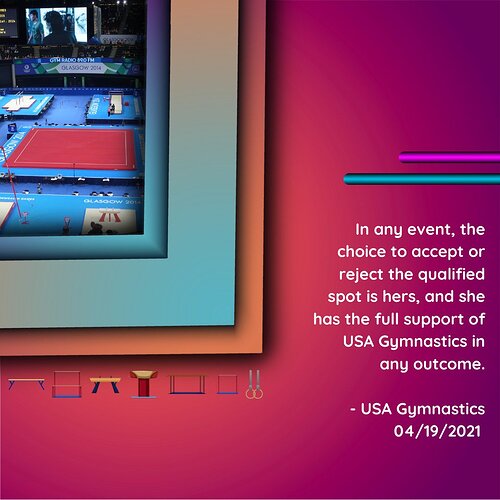 If Jade Carey declines her +1 (which she earned from vault, not floor…how enraging that they can’t even get this basic fact correct), that’s it. USAG cannot obtain another +1. They’d be shooting themselves in the foot and only able to send a 4 person team and 1 additional gymnast. Just how damn stupid of them to even consider allowing her to decline the spot! Gah. This fucking organization.

Also, the HYPOCRISY of USAG!!!

“no other eligible athletes opted to pursue this qualification route.” There were a handful who actually COULD go this route. So now they are going to potentially take away a spot from another athlete, because Carey double dipped.
Also, USAG are NOT sending WAG to Pan Ams. So if Carey keeps the spot, USAG loses one.

Where was this first posted? It’s not on the USAGym twitter. I doubt anyone would take the time to troll like this, but how can USAG be so out of the loop?

If Carey does keep the AF specialist spot, the USA still will send a maximum of six - Carey, + four on the team + the federation spot based on the re-allocation from the cancelled AA World Cup series - the three spots were awarded to USA, RUS and CHN based on the rankings from WCH.

I went to start a teams prediction thread the other day, but then out of McCallum, Chiles, Lee, Wong, Hurd, McClain, and McCusker, I have no idea who would make the team. Jones could make the team if she kills it at Trials. Either way, I have a feeling Carey may get the second AA spot…

It would be truly idiotic for Jade to give up a guaranteed spot to go for the four person team, and it’s even more idiotic that USAG is allowing that possiblity.

sadly the USAG is not known for their logic skills lately

I mean, let her compete but let’s not kid ourselves–the judges will find every deduction on her UB and BB to keep her out of the top two. She seems like a really nice young lady and has a lot of talent (and is strong enough that on a really good day could make a run for a spot in the AA finals) but no way is she finishing ahead of the group of true AA athletes ahead of her. Unless they fall all over the place in which case, well, she might actually deserve it. But it is dumb ad mean to let her take a spot from someone else and I don’t think they’ll “let” it happen, no matter what lip service they pay to the idea.

Dvora’s piece has all sorts of great details, go give her some clicks: https://dvora.substack.com/p/can-jade-carey-make-the-four-person

I’m sorry. I have got to be missing something. In what realistic universe is Jade Carey an AA threat? What has happened that I missed? What is going on? Is she on fire right now?

Looks like lots of posturing from USAG. I think they’re bluffing: they want to take a position that’s “supportive” and also excuses themselves from as much responsibility, liability, and PR scrutiny as possible come selection. They can act like things are peachy all they want while having zero intention of naming Carey and throwing away the +1, unless she’s top 2 at Trials and they’re forced to. That’s not impossible, but it is improbable enough for to bet against and not lose much sleep over. There’s never been a situation where USA has sent fewer, healthy gymnasts than allotted, and I imagine USOPC would get involved somehow if that happened and people would be fired.

This is also a stark departure from Forster going on the record as saying Carey will not be allowed at Trials if she wins a nominative +1. Cat got your tongue, Tom? Were you making things up again? Either way, she’s taking the +1. As much as she’s improved in the AA, the bar is pretty low for the so-called bumper crop of A-team all-arounders USA has. Beat Carey at Trials. Anybody. Also Championships if possible so she can’t automatically advance. If Carey ends up second at Trials and nobody besides Simone can beat her, one could argue USAG doesn’t deserve a second +1 considering how this all has been handled.

Doesn’t she have to accept or decline her spot before trials even take place?

The last apparatus world cup event hasn’t happened yet. I don’t think we have an official date for Doha yet–I can’t find it–but it’s likely to be after trials, meaning that even though Jade mathematically has a spot, apparatus spots won’t be officially awarded until after the US names a team.

I mean, depending how nationals shakes out, it’s possible she doesn’t finish top 8 which I assume will get an automatic berth into trials. The field is deep enough with the 2021 seniors that it’d only take some rough bars/beam to finish out of the top 10. Has USAG/Tom released any info on auto qualification or how many athletes they plan to take to trials? I assume the number would drop with a 4 person team.

Doha was postponed “four months” from March, which would make it around July (assuming it even happens). Trials is in June.
However, it’s. risky game, because if Doha is cancelled before trials, Jade needs to decide- a definite spot but no team gold, or the chance for the four person team.

@RedBirdie and @glamafonic I very much doubt they’re choosing to consider allowing Jade to decline the spot. Much more likely they’ve realised tbe Careys are going to kick up a massive fuss if they try changing the rules halfway through. Incompetent as USAG are, even they have enough sense to work out that getting to send six to the Olympics is better than sending five. You can bet the hole in your arse they wouldn’t be taking this stance if they believed they had a choice.

That said, if I were Jade I wouldn’t touch this with a barge pole. Pursuing individual qualification to Tokyo was a sound choice for her, because the US is a deep programme so there was no guarantee she would be top 4, and it also offered a way to become an Olympian without having to subject herself to the whims of that federation. Those things are still true.

There are probably only two or absolute max three spots available on the main team, Biles and to a lesser extent Lee being locks, and it seems likely that lots more than two athletes will have a legitimate case for the 3rd and 4th spots. There’s a really good chance of it being a situation where it would be easy enough to keep any chasing pack gymnast out of the main 4 if the selectors wanted it.

Jade would be choosing a situation where she puts herself at the mercy of USAG, having pissed them off and embarrassed them, and where they’re very likely to be able to screw her over if they want. Hell, she might even give them some kind of moral argument against taking her, since there’s at least a possibility that someone who has made a choice causing the US to lose a spot will piss the other gymnasts off enough to affect team cohesion.

Much as I see why Jade wants an Olympic gold, I can’t see how this is a sensible course of action for her.

I mean, depending how nationals shakes out, it’s possible she doesn’t finish top 8 which I assume will get an automatic berth into trials. The field is deep enough with the 2021 seniors that it’d only take some rough bars/beam to finish out of the top 10. Has USAG/Tom released any info on auto qualification or how many athletes they plan to take to trials? I assume the number would drop with a 4 person team.

Relevant details for qualifying to trials:

I very much doubt they’re choosing to consider allowing Jade to decline the spot. Much more likely they’ve realised tbe Careys are going to kick up a massive fuss if they try changing the rules halfway through.

Oh I know. I was referring to it being idiotic of them to have not properly written out the rules in the first place and allowing it to come to this point.

Update- Nancy Armour has been told the US can’t get a 6th spot from Pan Ams if Jade declines.

Nancy Armour on Twitter: “I asked @FIG_media whether US could send someone to Pan Ams to get a sixth spot if Jade decides to give up her nominative place. (Which hasn’t officially been awarded.) In a word: No. https://t.co/IHagszZYH5” / Twitter

I have no idea how all this works given the covid situation, and she doesn’t say exactly who she spoke to, but anyway the best we have from the FIG at the moment is that it’s Jade or 5.