This is a fairly interesting development… what does everyone think about it? 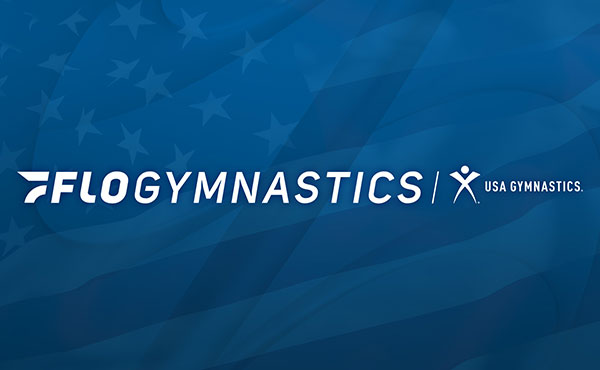 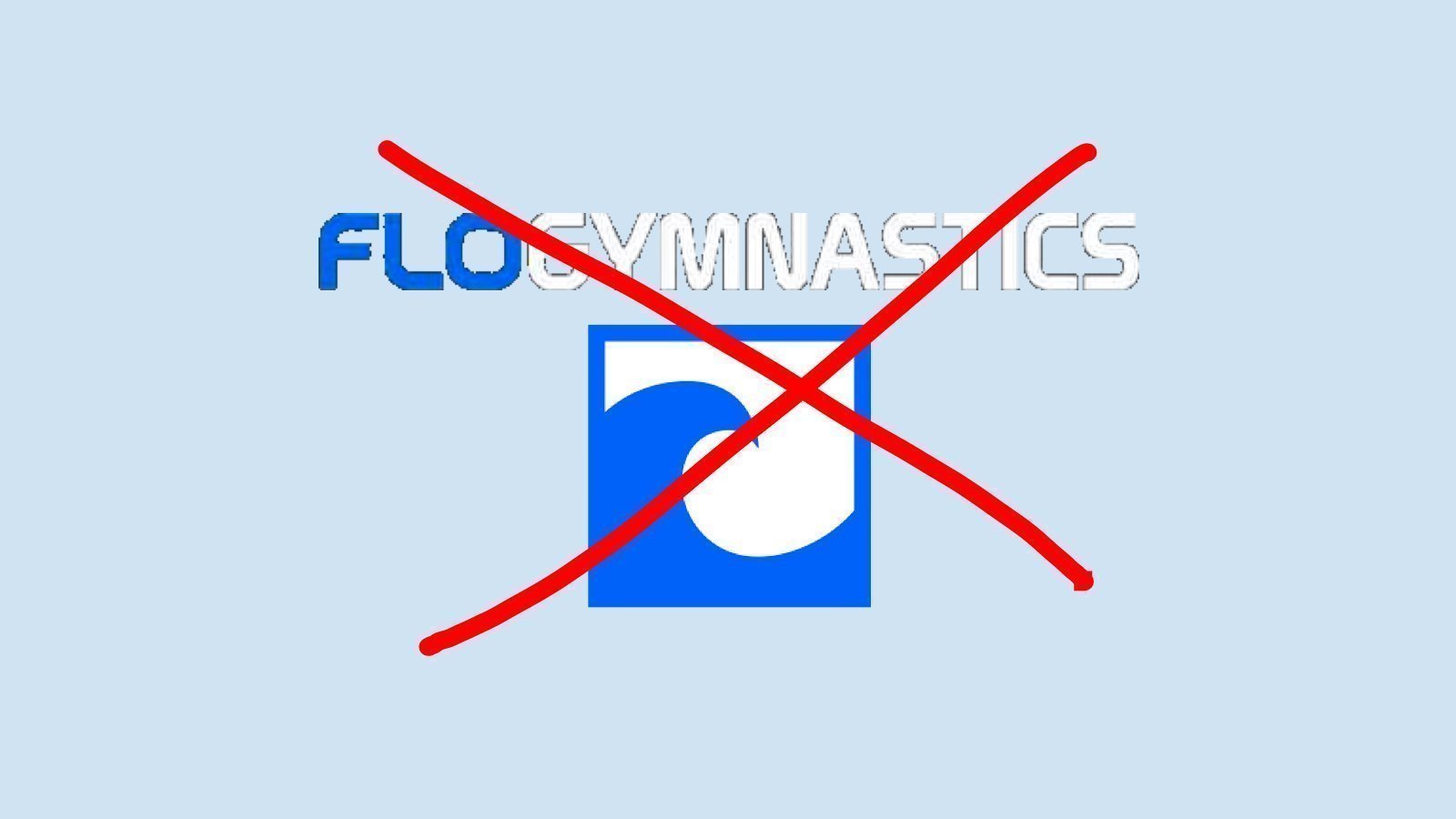 USAG: Revoke your contract with FloSports.

Bad idea for USAG. Just when they were starting to gain some trust back, they anchor themselves to a video platform both unpopular and fairly incompetent. I hope it works. But assume the contract will get cancelled before the 5 years is up.

Agreed. Exploring the interweb… I haven’t come across one person or comment yet thinking this is the right move. It really just doesn’t make any sense.

I’ll just have to go back and watch Chellsie’s videos for a pick me up.

The only reason I can think of is Flo named a good price.

The extent to which this is a bad decision can not be overstated. My own disgust with it centers on what they did to McKayla Maroney in 2014. And for USAG to sign onto a deal with them just a few years post the Nassar scandal is incomprehensible. Overall disgusting. I never championed this before but now I say “Decertify USAG”

Same her! Disgusting
How are they making gymnastics more accessible with this? They just ruin the sport as USAG tried before.
Once I took a subscription for a month to watch Jesolo. The coverage was BAD, the commentary cringe worthy. The feed was stuck often. Not worth one cent…

This is such a horrible decision on every level. First of all, the fact they linked to child sexual exploitation material of a gymnast should have been disqualifying immediately regardless of whatever else. On top of that though, putting previously freely available content behind a paywall is terrible for trying to grow the sport (especially at that price!). And on top of THAT the quality is unacceptably bad. I mean unbelievably bad. I could do a better job filming with my phone and providing commentary in the background.

I haven’t paid since the photos (I know about quality from seeing clips from others), and I won’t be paying now even if it means I miss out on content.

Every time you think USAG has screwed up in every imaginable way, they find a new and even more creative way to be awful.

I know. What on earth were they thinking??? For me the bad quality and paywall isn;t even the big issue. Its what they did to Mckayla Maroney. Just appalling.

I totally agree the Maroney thing is the worst part of it. But even if that didn’t exist it’s STILL a terrible decision, which makes it even more baffling.

Not the course of action I’d have chosen if I wanted to stop the general public from thinking of my organisation as one step above an actual paedo ring.

The product they offer is dreadful, low quality and I loathe the fact that it will prohibit families from watching and sharing their kids routines.

Then there is the whole sharing of the links to those photos, and dismissing the outrage and justifying keeping the links up. They can pretend it never happened that way, but I think we all know exactly how it went down.

USAG was a dumpster fire before, I had hopes of improvement, but teaming up with Gymnastike/Flo (lets keep the old name in there for google searches) is just gross.

This is what astounds me. I understand that USAG are pretty desperate for funds, so if the link fiasco had never happened, I can see how they might decide that the short term need for money took precedence over the long term need to keep people watching the sport and the poor quality of the product. But the link fiasco did happen!

Has anyone seen that response to the petition that Flo published? It was a repulsive pack of lies.

Petition: USA Gymnastics recently announced a five-year partnership with FloSports. Their gymnastics branch, FloGymnastics, will have access to various competitions, which will be streamed behind a paywall. A paywall that many gymnastics fans cannot afford, and FloGymnastics does not care about that.

Putting this kind of content behind a paywall will serve no purpose other than to make money. This will further alienate fans from the sport because they will have no way to follow it. Certain gymnastics disciplines already don’t have big followings, and this will only make things worse. This also goes against what Morinari Watanabe (President of the International Gymnastics Federation) wants. His goal is to make gymnastics more accessible. This does the opposite.

Far more important is an incident with FloGymnastics in 2014. Olympic and World Champion McKayla Maroney was one of many celebrities whose iCloud was hacked and various explicit photos of her were posted on the Internet. Not only that, but she was also underage in those photos. FloGymnastics posted an article about the hack, which included a link to a thread on 4chan, which contained the explicit photos.

This, thankfully, did not go unpunished. After the article was reported to USA Gymnastics, FloGymnastics had their journalistic credentials revoked. But only temporarily, only for a year. And now, USA Gymnastics has decided that they are the best people to have access to their content.

Given USA Gymnastics’ current rebuilding in the wake of the Larry Nassar scandal, this partnership is completely inappropriate. Current President and CEO Li Li Leung’s constant reassurance that they are “committed to change” means absolutely nothing here. This partnership basically proves that USA Gymnastics - STILL - does not care about the safety and well-being of their athletes.

Do the right thing, USAG. Revoke the contract. Prove that you actually are committed to change.

Flo response: We at FloSports recognize the importance of learning from mistakes and working hard to make sure they are never allowed to happen again. Seven years ago while reporting on gymnastics, a content editor posted a link in a story that was wrong and in terrible judgment. When discovered, the link in the story was immediately removed and the story was ultimately taken down. Public apologies were made at all levels of the organization online and on social media and we restate those again today. FloSports did not believe this editorial decision was right in 2014 and we still believe that to this day. People and companies make mistakes but we remain dedicated to improving our business each day. Significant editorial staff and organizational changes have been made since 2014 and enforcement of new editorial policies has been strengthened to ensure such incidents can’t happen again in the future. FloSports and USA Gymnastics share a common goal of increasing the reach of this sport at all levels. We will work to empower athletes and amplify their voices. And we have committed to investing in the enhancement of health and wellness resources available to USA Gymnastics members.

How they had the temerity to lie like that knowing just how many receipts are out there is beyond me. Immediate my arse.

Truly bad decision indeed, especially considering all the times that USAG screwed up.

If USAG needs money beyond YT monetization, they could at least make this their own paywall and post out the revenue splits (like for example, promising that $X of each payment goes straight to athlete support). Hosting a livestream from a potato phone a la Flo does not come with extreme costs.

Partnering with Flo after what they did is totally inexcusable. Even allowing Flo to attend meets is questionable. “Companies make mistakes” may be true, but it is an astonishingly glib way to excuse further traumatizing of an athlete who was appallingly abused by the org they’re working with.

Just beyond the pale.

Bad judgment is one thing. But this deal with Flogymnastics can only be characterized as pathological. USAG has one of the biggest and most devastating disasters stemming from decades of child sex abuse perpetrated by its heralded team physician, now spending the rest of his life in prison. The organization and gymnastics are still in total chaos due not only to the initial crisis but to USAG’s repeated missteps following the initial crisis. So now what do they do??? They ink out a multi year deal with FloGymnastics, the same organization that chose to link to nude photos of one of the underaged victims of Nassar who also happened to be one of USAG’s greatest stars. There just are no excuses anymore.

Nope, and it seems there is no power to stop them. No excuses, but they get to carry on regardless of the damage that was done.