My favorite time of the year: the post-nationals gym shuffle!

Joscelyn Roberson and Tiana Sumanasekera are now at WCC.

Kayla DiCello is listed with University of Florida, not Hills.

I do wonder if wider trends such as more remote working has facilitated a greater number of gym hops. It certainly seems like there’s been a lot in the last couple of years

Both Roberson and Sumanasekera are powerful gymnasts who could use some bars technique, consistency, and polish. Not unlike some other gymnasts who have switched to WCC! Those changes make a lot of sense.

I do still wonder where DiCello stands in regards to Worlds.

DiCello took one of the World Cup assignments, right? I’d think that’s a clear indicator that she’s staying in the mix for Worlds.

Tiana impressed me at some meet this summer. I would like to see her improve but if she starts making teams consistently I’m going to have to learn how to spell Sumanasekera and I don’t think I can do it.

Tiana S. works. That’s what I did for nationals!

DiCello took one of the World Cup assignments, right? I’d think that’s a clear indicator that she’s staying in the mix for Worlds.

Which one?
Zeiss, Carey, Blakely, Jones are going to Paris.

Was there another World Cup announcement I missed?

The Hungary World Challenge Cup. I think Chiles is also on the nominative roster.

Mueller and Jong as well. Man, I’m really interested in seeing how Jong is received internationally.

So not world cups for McClain, but the rest of the top 9 got assignments. Can’t wait to see if DiCello actually goes.

I wonder if McClain, given her recent injuries, simply wants the time in the gym

Actually USAG just posted this (literally within the hour) that seems to insinuate that the assignments so far are just nominative, because this camp is determining the selection. 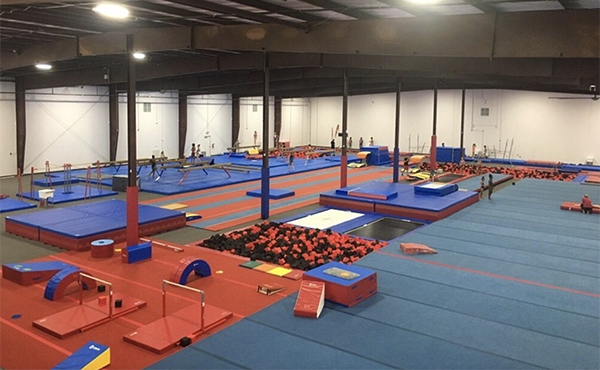 Women's National Team camp, which will include selection for the upcoming Paris and Szombathely World Challenge Cups, got under way Thursday in Katy, Texas. Athletes in attendance include invited gymnasts in addition to Junior and Senior National...

DiCello is on this list as attending the camp, Wong is not.

Wong is not attending camp? I wonder if her ankle is not improving quickly enough to think she will be in contention.

Where is Tiana? 12 juniors attending camp, 13 top from US Championship minus Tiana

Taking time to settle into her new gym? Are there any assignments on the table for the juniors here? If the season is basically over for her, it might make more sense for her

For seniors, they took top 16 from nationals. The only ones who were at nats but not at camp are Alipio (headed to college, already announced nationals would be her last elite meet), Roberson (gym change), Peirson, Wong (injured?), and Greaves (headed to college).

Hard not to wonder, isn’t it? Not that I’d expect her to try and get a world cup assignment, but to not be there in any capacity feels significant.

Where is Tiana? 12 juniors attending camp, 13 top from US Championship minus Tiana

The relocation and gym changes are why they are not at camp.

Wong is not attending camp? I wonder if her ankle is not improving quickly enough to think she will be in contention.

Probably a smart decision to skip this camp as it doesn’t make sense for her to try to attend World Cups this close to Worlds. Better to rest her ankle. Hopefully the injury is just minor and not worse than it originally seemed to be.

DiCello attending is interesting and now I wonder if Tim Daggett was just blowing smoke up our butts about DiCello seemingly taking a pass on Worlds and concentrating on NCAA.