Alexis Jeffrey had allegedly called her UCLA teammates the n-word and her teammates talked to her about it. Rather than provide some discipline the team is going to let her transfer?!

ETA: The circumstances are actually not explained firsthand. Later it was said that AJ was singing the words to songs and used that word. I don’t claim to have the facts or to be a factual reporter, this is not a news site. 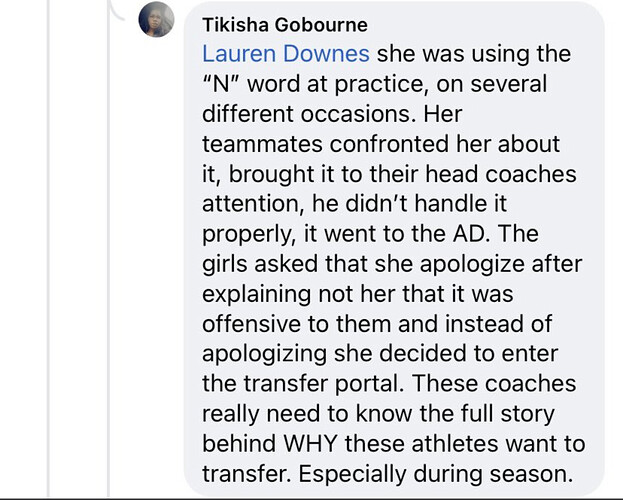 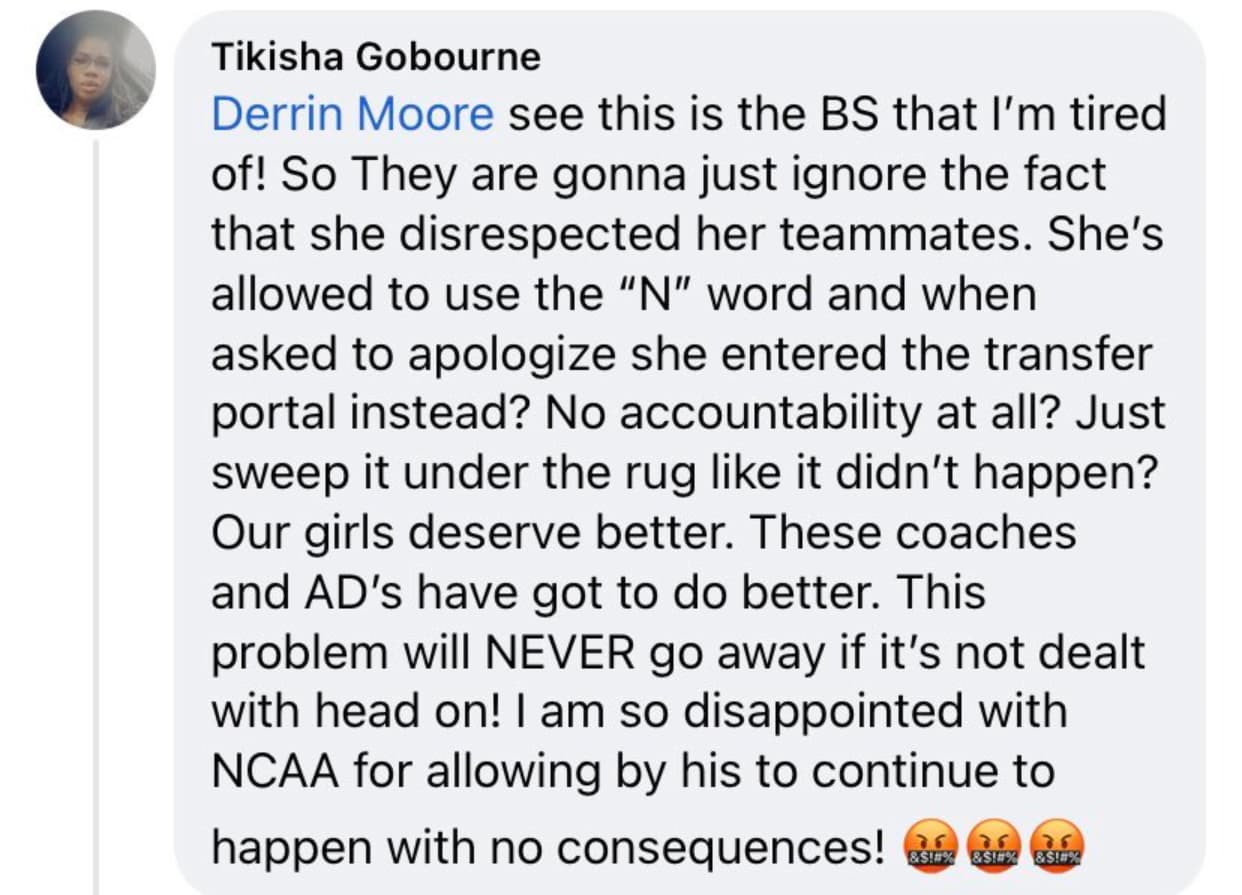 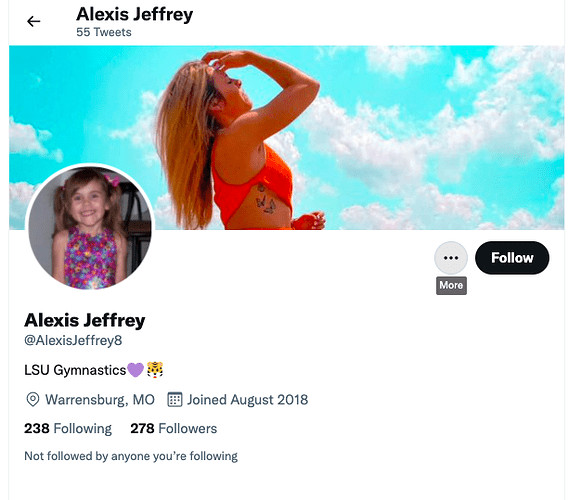 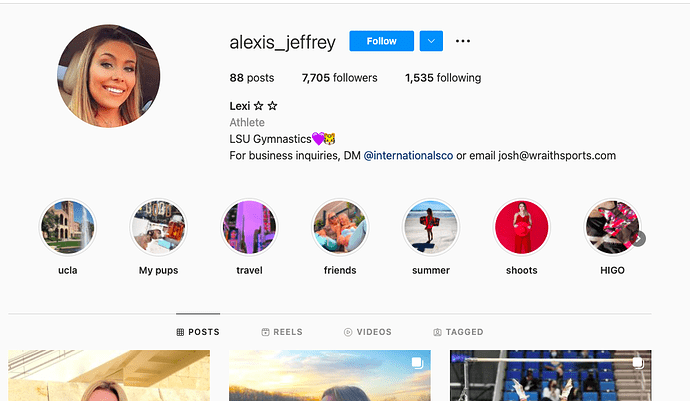 I don’t know all the ins and outs of the new transfer rules, but I don’t think schools can block athletes from transferring anymore.

Well, other schools should decline to accept them. People have gotten college acceptances pulled when evidence of their racism has come to light, not sure why any team would want someone who would likely be very divisive to the team.

I don’t think schools can block athletes from transferring anymore.

They cannot, however, in conference they can force a year off.
Since LSU is out of conference it won’t matter. Plus, Jeffrey didn’t compete for UCLA, so she doesn’t lose her year of eligibility.

I wonder when the transfer will occur or if it will if LSU finds out.

Also, we are only going on what Derrian Gobourne’s mother, which is interesting that she would find this out and post about it before anyone else did.
Not that she is lying about it but maybe she heard incorrectly or heard wrong information.

I think we need a little more information than just the posts of Derrian’s mother.

Though it is telling that her teammates unfollowed her.

If LSU allows the transfer and this situation is true, it is really unfortunate given LSU’s sportsmanship with Chae Campbell at NCAAs last year.

Also, we are only going on what Derrian Gobourne’s mother, which is interesting that she would find this out and post about it before anyone else did.
Not that she is lying about it but maybe she heard incorrectly or heard wrong information.

I think we need a little more information than just the posts of Derrian’s mother.

I believe her. Can’t imagine she’d have any motive to make this up…

I believe her. Can’t imagine she’d have any motive to make this up…

I agree…just wondering if all the details are 100% as she must have gotten this information second hand at best.

So, from what I have heard the situation is rather nuanced and complicated. She did not call anyone the N-word but apparently used the word with the “soft r” when singing the lyrics to a song that was on a speaker. Other non black athletes had also been singing along. A non black teammate approached her and told her she couldn’t sing that part of the song. The team mate was asked why it was ok for her to sing that specific lyric and things went from there.

good to know shawn’s execution of artistic things is roughly the same in and out of gymnastics https://t.co/UhHpIJRMB6

— LET’S BRING IT BACK TO FIFTEENS

As for Alexis Jefferey, good luck to her in Baton Rouge, a city that is 55% Black.

jeez that’s intense. when did this all happen

did LSU know??? do her need LSU teammates know??

Other non black athletes had also been singing along.

but had they been singing the n word?

I don’t know. Someone went to school officials however and claimed that Alexis was being harassed. At some point she discovered an opened can of sardines in oil inside her gym bag.

This seems to have happened so suddenly, everyone seemed like friends at Meet the Bruins a month again and now AJ is transferring/transferred to LSU? Did this all happen after Christmas break?

She’s still on the UCLA roster. Wonder if we’ll see her in Minnesota Monday.

“Soft R ending” or not the word itself needs to go and not be used by anyone regardless of skin color.

Just like we changed the name to intellectual disability, and stopped using the R word (I will continue to correct grown adults that use that word).

It is now 2022 and we have learned from various social movements, offensive words and phrases need to be considered unacceptable by everyone and not used at all.

Let’s normalize correcting others for using offensive words, no matter how they are pronounced or used.

Ho boy, this is…not a good look for UCLA.

Chris Waller confirmed that Jeffery is not longer at UCLA.

UCLA gymnasts are tweeting to call out the athletic director. 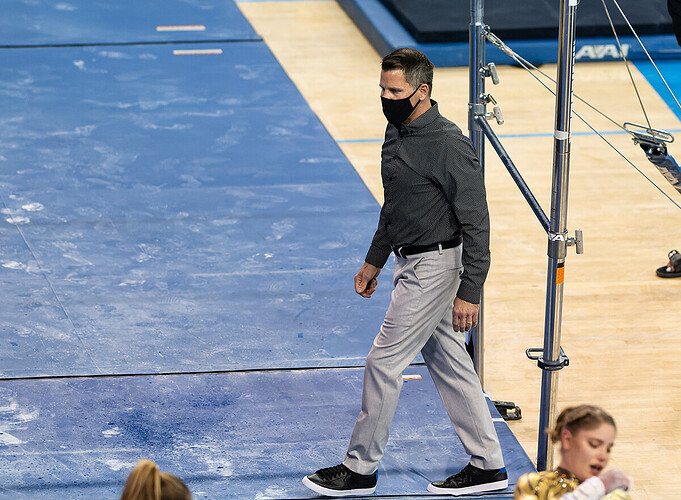 Amid unverified rumors in relation to the transfer of freshman Alexis Jeffrey and speculation of unrest within the UCLA gymnastics program, senior Margzetta Frazier tweeted a request for the UCLA Athletics administration.

In case you didn’t know her connection to the story here’s what I found out.

Of course there are many more conversations going on! As Robin said this is not a good look for Walker and the AD at UCLA. Marz, Flatley and others are calling them out. I imagine fear of lawsuits is an issue in UCLA’s silence.

I can’t find a link or video. But the reactions are: