The former gym has been sold to a new ownership group. The club will be rebranded to the Capital City Flips and will operate out of a new location as well.

Anyone know who bought it? The article states the new name and that many coaches will stay on…but don’t name an owner (which I find weird)

The wording in the article says “ The new ownership group”. It makes me more curious but it’s probably a local group of people.

Who would want to buy John Geddert’s gym? Its like buying the Amityville Horror house and moving your family in.

@rlayt I missed the “new ownership group” part…that makes me think a group of parents. I was originally wondering if their Geddert’s son was the owner now and they just didn’t want to say that.

An anonymous source is providing information on this. These are people who own other gymns and have a good track record. 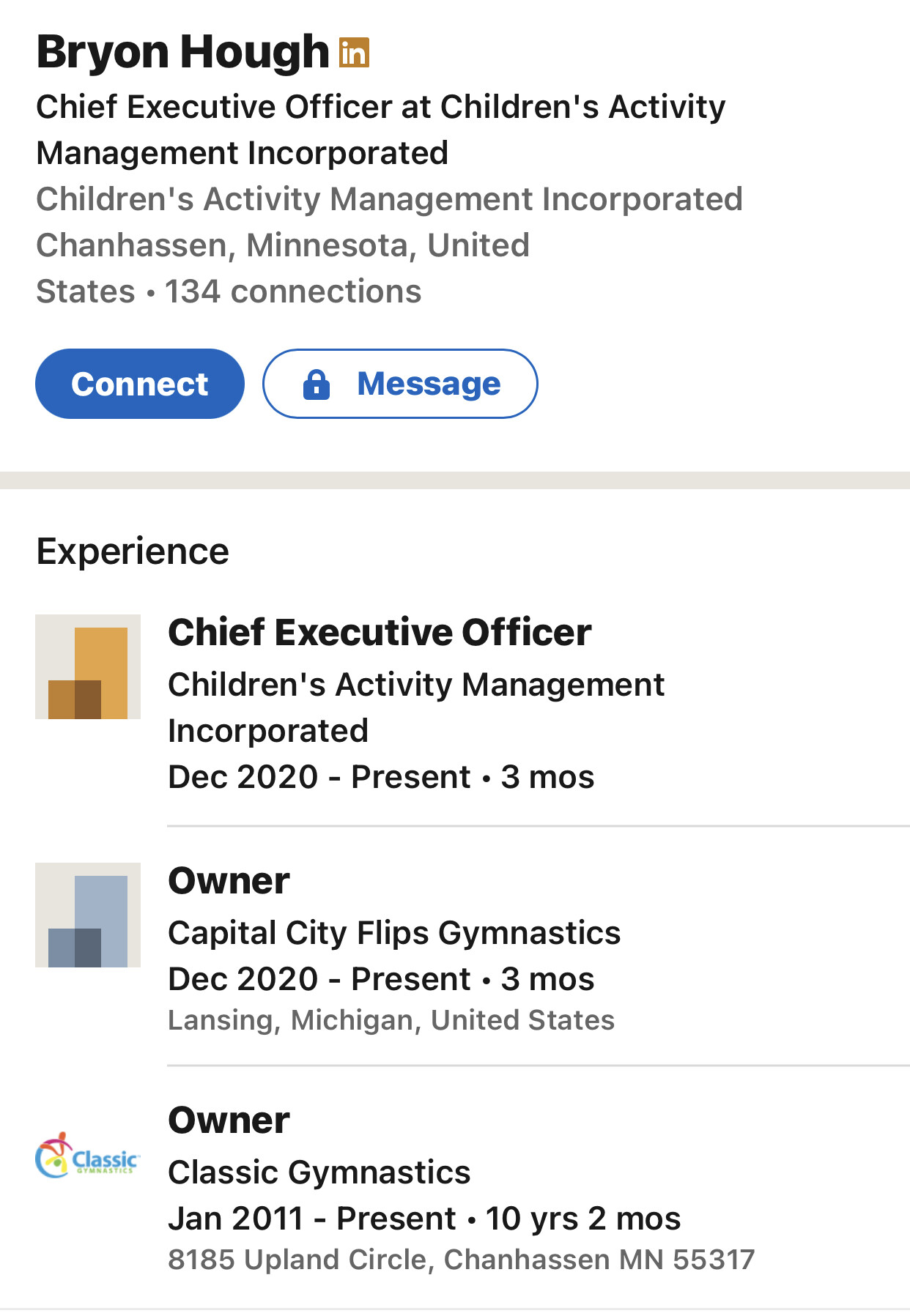 @rlayt …I have not heard of any of those three people (Bryon, Kristin or Tom)…you have any clue who they are?

edit - I have heard that Krisitin used to be the TOPs coach there (not sure if she was still coaching at Twistars or not). And obviously Tom would be her husband. 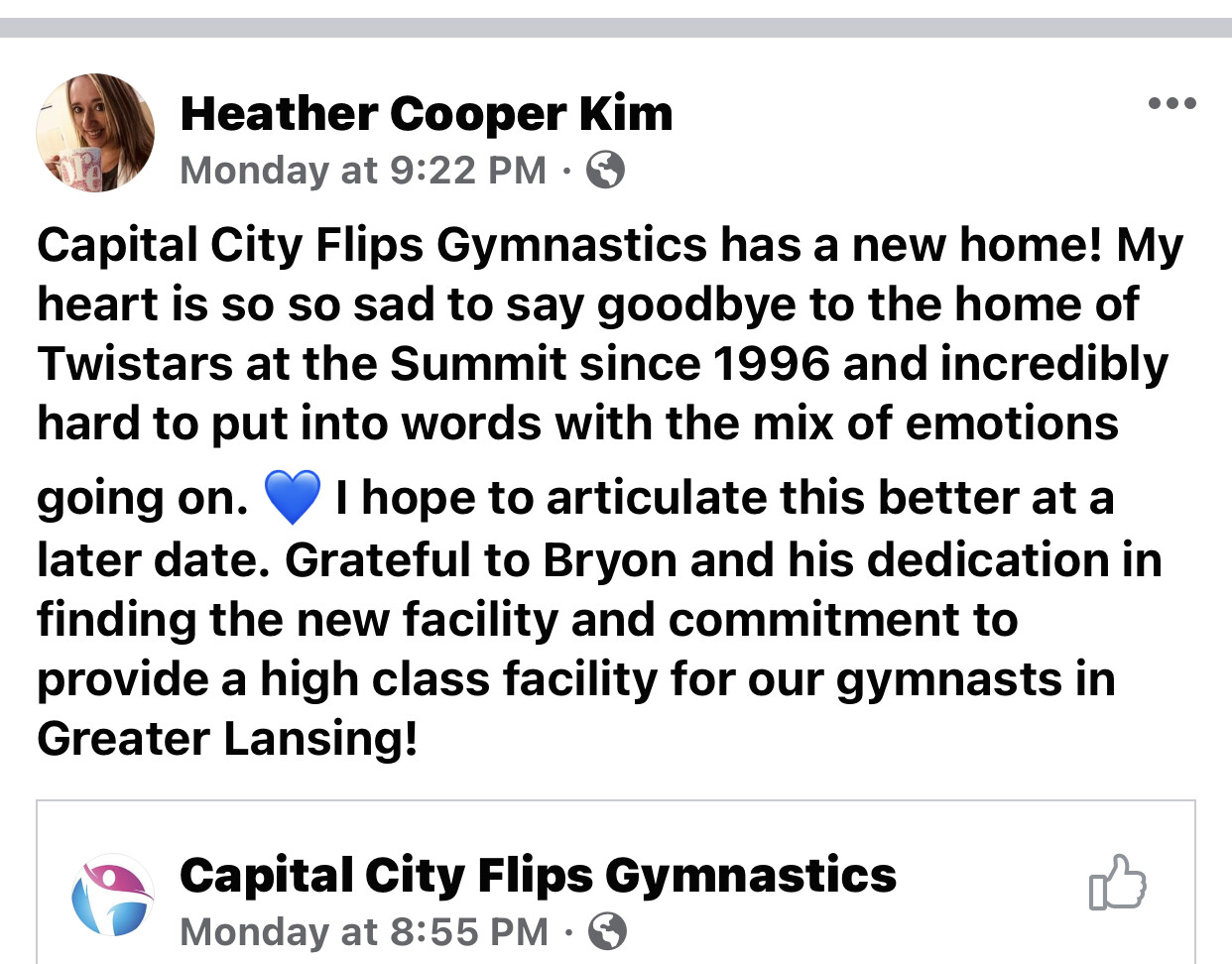 So to recap, the new owner, Bryon, already owned Triad Kids Campus and Classic Gymnastics which are successful. Tom and Kristin are supposed to be moving from Iowa to CC Flips to run it when the men’s program at Iowa closes. Yes they were at Twistars at some point.

CC Flips has a contract at a facility in Lansing.

I don’t see it like that. Instead, I see it as Geddert’s demise, the gym will (hopefully) have a better owner, and (hopefully) it will be a better gym than when Geddert had it. I see it in the positive.