The IOC punished North Korea for pulling out of Tokyo 2020

They wouldn’t have qualified any gymnasts even had they participated. I wonder how this situation will develop. It certainly was a long time coming. North Korea had to be coaxed into the 2018 Olympics after initially planning to skip. Negotiating Tokyo participation was a years’ long effort and they bailed again. That’s not acceptable.

I hope they start sending gymnasts to international competitions next year.

They were and are concerned about the pandemic; I don’t see why they should be punished at all. What a petty suspension.

I think it’s reasonable. Venezuela and Turkmenistan are in bad shape but they still sent delegations. But I agree the suspension is petty. North Korea still isn’t trying to qualify to the next Olympics so this ban has no effect.

Yeah, I’m not generally a supporter of NK, but in this instance, they did not deserve any penalty. If it had been for declared political reason, okay, penalize them. But since the stated reason was the ongoing (and raging at the time) pandemic, the IOC should have just dropped it.

@JakeDaltonsBiceps @YurchenkoLoop and @makam
I read the article all the way through, and I have a very different takeaway. They didn’t want to go anyway. It’s part of a longstanding pattern of secluding their populace from the rest of the world as a means of controlling them. They used the pandemic as an excuse not to participate, which, to me, is even worse.

It’s like your aunt who doesn’t go to birthday parties and always figures out a way to use something as an excuse, but you know that the real reason is that she doesn’t like your parents and also doesn’t want her kids hanging out with you. LOL

Literally every other NOC sent a delegation, according to the article. The article also opens the door for athletes to participate (presumably under an Olympic flag).

Moreover, if they weren’t planning on going to 2022 Olympics anyway, then what practical problem is there with penalizing them through 2022? It’s a way of communicating the graveness of the issue as well as denying funding, which they clearly don’t deserve, and forcing them to commit to 2024 before committing more money in return. If they aren’t even going to send a few athletes to nominally participate, then they shouldn’t receive the funding.

I read the article too but I don’t see the pandemic as an excuse. Yes, every other NOC participated but that doesn’t diminish the graveness of the pandemic.

From the jump, North Korea was very active to control the pandemic beginning with travel restrictions as early as January 2020 and setting up quarantine facilities, temporarily suspending certain trade for fear of the virus being brought in, prohibiting gatherings with more than 3 people outside of families, temperature checks at public locations, developing means of delivering food door-to-door, et cetera. North Korea also responded similarly to the SARS 2003 outbreak and the Ebola outbreak.

But January 2020 and August 2021 were very different times and IOC worked with them on all of this, including vaccine offers and talking them through the plan, which included all layers of testing and quarantining. It was a safe way to send athletes and not bring back coronavirus. 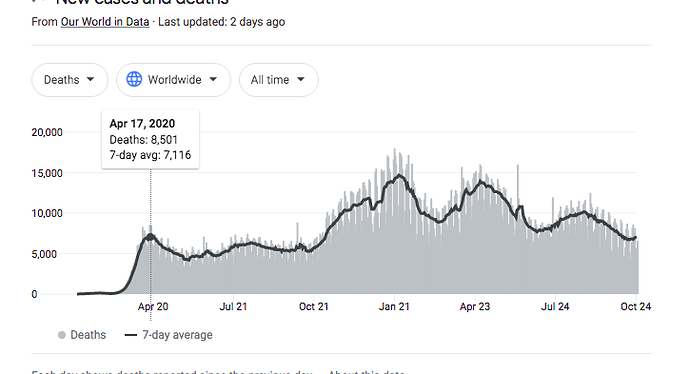 I agree it seems that the IOC worked thoroughly to prevent the spread. Still, athletes tested positive in the village.

North Korea was planning to attend the 2020 games. Plans for various joint Korean teams had been finalized by the end of 2019. The 2018 Olympics is a different story. They weren’t planning to attend until the IOC intervened at the last minute.

Posting that graph is irrelevant to my point. January 2020 was full of uncertainty and open questions. It was before the virus was widespread, yes, and also before all the testing happened, but it was before we knew how to prevent it but still do stuff like, say, hold an Olympics. The virus was not even sequenced until something like Jan. 29. But, by April of 2021, we understood the virus waaaaaaaaaay better, and North Korea could have safely avoided any transmission to their country by Olympic athletes by using the IOC’s protocols. 205 other countries figured it out, and only one country couldn’t? And it’s the same country that’s super seclusive, that avoids its citizens being exposed to the rest of the world lest they found out what’s really out there, that had just tried to dodge the 2018 Olympics, and, according to @JakeDaltonsBiceps, that was not even trying to qualify to the next Olympics. LOOOOTS of smoke, and where there’s smoke…

Given their history of trying to dodge the Olympics and sporting events in general, this seems like the right thing to do. They deserve to be called out publicly for continually denying their athletes opportunities to compete. The athletes themselves aren’t being punished, as they have an opportunity to compete at the Olympics under a neutral flag. But that won’t happen if they aren’t even allowed to leave their country to attend qualifying competitions.

NK may indeed care about the pandemic, but they don’t care about their people, and the IOC isn’t going to continue funding a nation where it’s like pulling teeth getting them to attend the Olympics.