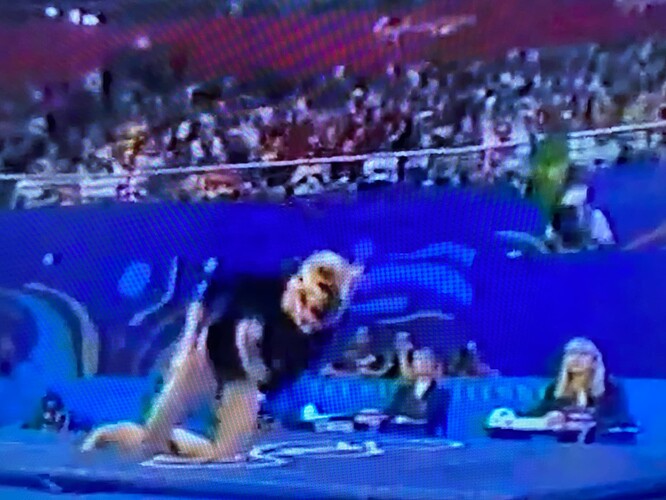 Why was it not given a zero? What were the rules in the 97-00 Code about landing feet first?

It was a 1 point deduction for not landing feet first. The judges helped her out a little.

They pretty much opted out of applying that rule in Sydney. See also Allana Slater.

hat were the rules in the 97-00 Code about landing feet first?

Her feet did hit first, her toes touch the mat a split second before her knees do.

Worst debacle in gymnastics ever. Not her. That AA.

I think it was pretty simultaneous

I do too, so can’t really deduct in that situation.

Mind you, these vaults got 8.525 and 8.012 respectively, and the second one at least is clearly not feet first in real time.

So I think it’s fair to say they weren’t too bothered about feet first at this competition. Although that could’ve been relief that she was still walking.