Martina Dominici tested positive during a doping test at the 2021 Pan American Championships.
She is now suspended barring investigation and will miss the Olympics.

She will be replaced by her teammate Abigail Magistrati.

Martina Dominici suspended for doping one month from Tokyo

Bad news for Argentine sports one month before the Tokyo Olympics: positive anti-doping control and provisional suspension for Martina Dominici, the only Argentine representative classified for the discipline of Artistic Gymnastics. Dominici received...

This is a post about an athlete suspension. Please take the rest of the discussion to a private setting or start a new post for issues with trans athletes.

We need to hear more details about what the banned substance was and her story for why it was in her sample.

I have removed all post in regard to the discussion that does not reflect the original intent of the post, which is to inform our readers that there is a suspension in which a gymnast tested positive for a banned substance and the ramifications is that she is no longer attending the Olympics and a teammate is replacing her.

There are other athletes who have had/ currently have suspensions that are discussed in other threads that are missing the Olympics and the same comparison was not brought up there.

Furthermore, the gymnast is missing the Olympics due to the suspension following the positive test and future investigation. The gymnast is NOT banned.

Comparing Dominici’s suspension to a transwoman is not valid as one athlete has been suspected of breaking the rules, whereas the other athlete has not, as trans athletes are cleared by the IOC under specific criteria and guidelines. Laurel Hubbard has followed all of expectations that were set forth by the IOC.

Any further opinions about agreeing or not agreeing about trans athletes should be in a separate thread or kept to private messages.

I agree. They should disclose what the banned substance was.

If I were an Olympic athlete, I would NOT take any banned substance.

Lol I think that’s a given Jose.

There was one recent case where a woman said she was exposed to a banned substance through sex with her man! He was taking some kind of supplement that somehow got inside her!

Wait. We know why Dominici is being suspended, but we still don’t know why Oleg is?

We assume it is positive test or he missed a testing session.

Ukraine Gymnastics/Oleg have/has not made a statement about it. 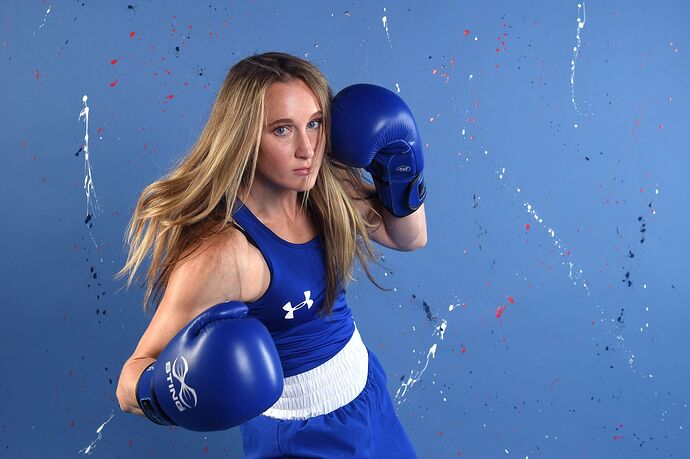 USADA’s finding ensures that Fuchs, 32, of Kemah will remain eligible to qualify for...

Maybe Oleg had unprotected sex too.

Honestly, at this point I don’t think there’s any explanation that would actually satisfy me. It’s gone on far too long for mere doping to be an acceptable answer.

The investigations can last several years. A Egyptian rhythmic gymnast was suspended for two years until FIG released the report that it was banned substance and then she was given a four year (IIRC) ban.

Okay, I gotta know, what ped can a rhythmic gymnast take that would be worth a 6 year (in effect) ban? ligament loosners? something to increase reaction time (does that exist)?

So apparently Dominici is still competing as the FIG has her on the roster as of July 5, 2021 which was the deadline for submitting the roster.

Anastasiya Alistratava of Belarus withdrew last minute with injury and replaced by Hanna Traukova her teamate who was 1 per’d in Stuttgart.

After testing positive for a banned substance at the Pan American Championships, Martina Dominici will miss out on the Olympic Games in Tokyo.

Gymcastic reporting that she’s been banned for 3 years which means she won’t be eligible to qualify for Paris.

Maybe Oleg had unprotected sex too.

Opening the thread to this with the “last visit” marker and decidedly not having the prior context caused quite the couple of seconds for me.

Gymcastic reporting that she’s been banned for 3 years which means she won’t be eligible to qualify for Paris.