You’re probably right, but it doesn’t mean we can’t be very irritated about it! Slightly short of finishing a pirouette in HS and two massive leg separations are the same deduction? The code is absolute garbage. This is why judges can’t adequately separate E score. Maddening.

Anyways…yeah, Simone wasn’t going to be a bars threat even without twisties. As AR posted, and I’ve been bitching about for years, sticking landings wasn’t exactly Simone’s forte under Landi. (Yes, I’m still pissy about how the overall quality of her gymnastics degraded 2018-2021)

I agree with @Doug1233 on this one. I think that, without the twisties, Biles would have shown up to that final and challenged for a medal. That qualification exercise is about as bad as she usually did it, and that score would have been in play.

With the twisties, it would have been a tough order, though a double pike dismount is a C and might have been easier to stick.

Simone says “I don’t know what they’re going to do with that” … I wonder what she’s referring to? The toe full?

I think you’re right, and what’s funny is that as a fanbase, we are probably more type A and suckers for the rules than most, possibly to a fault. Like, it’s sort of funny that we choose to give so much credence to an authority that has proven itself downright incompetent at times, whose rulebook is often full of errors or incomplete.

In general, the language or naming of things has no official rulebook, it’s a matter of popular consensus, and then the rulebooks (dictionaries, etc.) follow suit. If enough gym fans decided that a Yurchenko Double Pike was a Biles II vault, or that a 1.5 twisting double tuck was the Jones, regardless if she ever performs it at a world cup (or, more obscurely, the De Jesus) I have a feeling these things would stick. And stick in a more durable way than the fickle CoP which seems to randomly purge or update named skills that ought to be a matter of settled record, if there is any reason at all to treat the CoP as a trusted source.

I think the fanbase fully does have the power to wrest control of naming elements from the hands of FIG and its often nonsensical or arcane rules, especially in a world where digital documentation makes the technical arguments about “who did it first” fairly easy to confirm.

i think the best chance for the 1.5 double tuck to be fan-named something is the Andrade, mind you:

@Simone_Biles
I haven’t retired though 💖 just working on my mental health. twitter.com/jc_russell/sta…

My daughter learned that @Simone_Biles retired today and she has cried literally for the last hour.

As someone said in a different thread, if she is coming back she will have to start training soon so…I don’t know.
Quote from article. The wording makes me wonder if it is a quote from last quad, though:
Soon to Be Married, Simone Biles Silences Retirement Talks Revealing the Real Reason Behind Her Absence From the Sport - EssentiallySports
"Though it’s unclear whether or not she will be joining the team for the Paris Olympics, she is, however, ready to test her limits! Speaking about her future plans, she was quoted saying, “I want to see how much I’m capable of, how talented I can be.” A true fighter, she is not ready to back down so easily.

She says for herself, “I came back, just to not have any regrets if I look back in 10 years.” Her plans may have derailed, but her dreams remain intact; it’s just a matter of time before she weaves magic on the mat."

I get that she does need to start training soon, but she is also Simone Biles.

If Dominique Dawes can make a serious comeback in April 2000 and make an Olympic Team, Biles could make a comeback in 2024 and totally make it to Paris.
We don’t know how much training Biles has been doing, if any, but it is her gym so she can come and go as she pleases. So who knows, maybe she is doing light training and doing conditioning so a comeback can be easily achieved?

It will definitely be a more challenging task in 2024 than 2000, although I would argue the depth heading into 2024 is not super super deep compared to other quads.

Simone could literally take 2 twists out of every floor pass and it might still put her on the US team.

More and more I think a 2024 only comeback (no Worlds 2023) could work, particularly if she plans to return as a specialist. She had hinted at a specialist return after the Tokyo Games, IIRC, and VT/FX would certainly get her on.

The question is motivation. Does she come back to get the Y2P named? Another team gold? A more positive final Olympic experience? She obviously has not won beam, but the Tokyo bronze was a triumph given the circumstances and the Chinese remain formidable. By adding beam she might as well go for AA.

Very curious what, if any, impact the Russia ban has on her decision (if they are indeed out of Paris as a team).

Jeeeez. I really don’t think getting a vault named after her is going to factor in her decision to comeback or not.

If she comes back, I cannot see her competing that vault. It’s dangerous as fuck.

If I’ve understood correctly, Russia would need to compete in the team competition at 2023 Euros in order to qualify a team to worlds and thereby the Olympics. The dates for those are now 11th to 16th April 2023 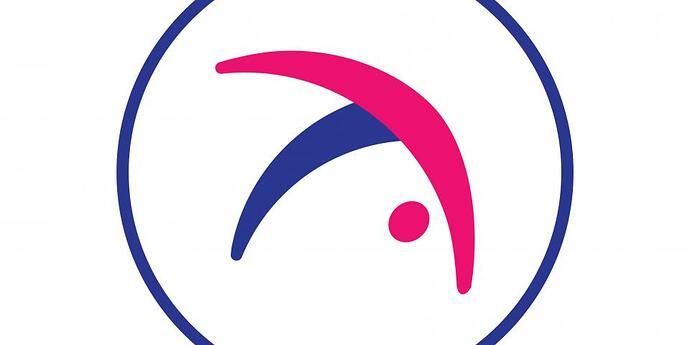 As requested by the Local Organising Committee and the Turkish Gymnastics Federation, the Executive Committee of European Gymnastics has approved a date change for the 2023 European Championships in Men’s and Women’s Artistic Gymnastics, due to be...

I’m not sure of the exact deadline to register, but it’s usually about a month isn’t it? And they’d have to be unbanned earlier. Meaning that in theory the issue could be up in the air until perhaps 16 months before the Olympics. I don’t think we’ve yet arrived at shit or get off the pot time for Simone, I reckon it’s feasible that she could have a few more months off and still make Paris. But I can’t see how she could leave it long enough that it would be clear what’s happening with Russia. Unless there’s significant political change before then maybe, but you can’t plan for that. So I don’t think it’s realistic for Russia’s status to play any part in Simone’s decision.

The idea of coming back to get the YDP named after her doesn’t make much sense to me either, given that she’s already got a vault and she’d have to be back to her absolute best for it to be viable. Otoh this is pretty much uncharted territory and who am I to say what makes sense in Simone’s shoes? I’d absolutely fuck all this off now if I were her, but I’m not.

Agreed. I wouldn’t come back either if I were her, and the only valid reason I could see would be Olympic redemption, which would also take the most work, and has the most risk / potential for failure. I cant see her being content with just competing watered down floor/vault either, so if she does come back, even as a specialist, I’d expect her to really go for it if she’s able.

Isn’t she busy planning a giant wedding right now? Pencil in a lengthy honeymoon after that.

The crazy thing is that a Simone with a Cheng and a half decent beam and floor (literally just the tumbles she was showing on Tour) would absolutely make a US Paris team. She does not need to be “old Simone” to make the Olympics.

Indeed not. I think the issue is how that squares with what we’ve heard about her wanting to work the bigger skills to keep motivated last quad, ie does she think a Cheng and her ‘basic’ tumbles is worth all the hard work and another 18 months at least of her life. And that’s so completely speculative at the moment. I lean towards her not even knowing herself yet, but that’s complete guesswork. We have basically fuck all to go on. Because being cynical for a moment, even if Simone knows full well she’s never competing again but wants to keep as commercially relevant as possible, she’s going to say she’s not retired yet. That’s the playbook.

To be honest, I feel like not retiring to “stay relevant” wouldn’t really apply to someone like Simone. She’s almost in “Serena” territory (obviously not quite, but she’s on first name terms with the American public). I don’t think retiring would substantively affect the commercial opportunities available to her.

On the flipside, not retiring means staying on the drug roster which, by all accounts, is a complete pain in the fucking arse. You have to tell USADA your whereabouts for one hour literally every day.

The idea of coming back to get the YDP named after her doesn’t make much sense to me either, given that she’s already got a vault and she’d have to be back to her absolute best for it to be viable. Otoh this is pretty much uncharted territory and who am I to say what makes sense in Simone’s shoes? I’d absolutely fuck all this off now if I were her, but I’m not.

The Biles vault (impressive as it is) never registered in the public eye quite like the Y2P does, though. And maybe she’s content having shown it in domestic competition once, but I can’t imagine the frustration of landing it Tokyo podium training all to not even being able to compete it. More than just getting it named after her, performing the skill at an Olympics is irreplaceable.

She was also coming off 18 months out of competition and COVID shutdowns the one time she showed it competition, and Classics was far from her best condition with falls on half of her events.

To rephrase, I don’t see the Y2P making the decision for her to come back, but I also don’t see her coming back without some thought to train it again.

I see the YDP coming back because the start value I huge and she does it well. Just doing that vault alone would be enough to put her on the team because of the huge score it would bring.
If she were to comeback she could literally be like Maroney was in 2012 and just do vault.
Hell a YDP and a Lopez would likely win vault gold.

USAG wouldn’t need Biles to do any other events as they would be covered by the rest.