No Konnor or Leanne.

I don’t even need to watch the routines to know Jordan was overscored.

There’s no reason for Jones to verify a DTY.

Also, these scores for Chiles are very on par for what she always gets. 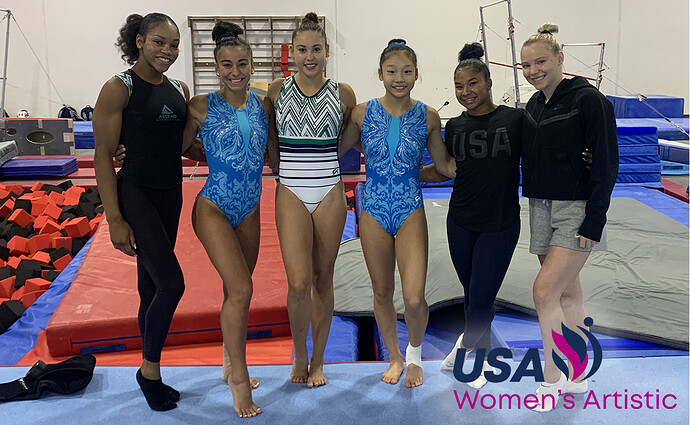 Six senior women, including two Olympians, have been selected to represent the U.S. internationally in September with separate trios headed to the Paris and Szombathely World Challenge Cups. 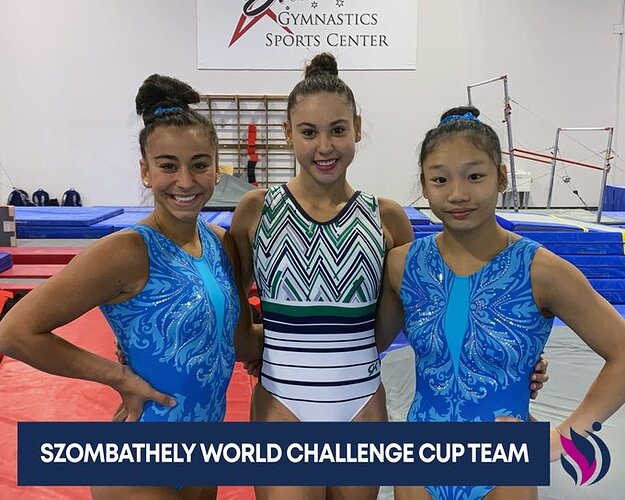 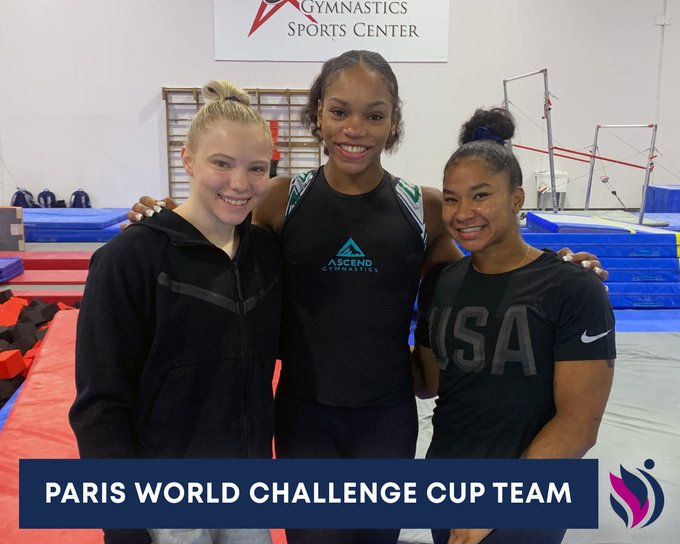 If she was just here to verify for a World Cup assignment, and doesn’t have two vaults, she didn’t really need to vault here. She won’t be vaulting in Paris anyway.

I’m glad Jordan is going to a world cup anyway. Hopefully that guards against the possibility of nasty surprises on the big stage.

No Konnor or Leanne.

Kayla DiCello didn’t verify, either. But she did attend camp.

Of note Jordan and Jade are not back on campus yet. Whereas Kayla and Leanne are.
I don’t think Jordan or Jade are headed back to campus until after Worlds.

The beauty of online classes.

It helps that UCLA and Oregon State are both on the quarter system as well.

Yep, though most teams have started training, UCLA and Oregon don’t even start classes until Sept 22 and 27.

Nice to see chiles doing a second vault. Any word on what it was?

Tsuk Full and half

Don’t you think that’s a little presumptious? She could have stuck most of everything, for all we know. I don’t understand why you very specifically signal out her scores over and over again.

There are few other gymnasts who get wildly overscored like that. Perhaps Jocelyn Rosenburg or whatever her name is, too.

Why do you think I dont call it out with Shilese, Konnor or Leanne?

Don’t you think that’s a little presumptious? She could have stuck most of everything, for all we know. I don’t understand why you very specifically signal out her scores over and over again.

She is consistently over scored domestically though. She was also consistently hitting her routines which is good, however the USAG judges use a different pen with Chiles than the rest. This was extremely evident in Tokyo where her E scores were much lower than at home with the exception of vault.
While she received 8.2-8.4 at home for hit routines, the same hit routines in Tokyo were getting 7.6-7.8
A .6 difference in E score might not seem like much, but if Chiles is doing AA in a team event, .6 X 3 is 1.800 difference which is a huge margin.

Let’s see what happens in Birmingham as Kitakyushu was not judged as harshly as Tokyo.

The Gymnaverse judges have always score Chiles lower than she gets domestically, and yet when it came time to Tokyo, our judging pens were more in line with the Olympics than USAG was.

Chiles is a great gymnast but many of her execution deductions are completely overlooked by USAG which does a disservice to her and the USA team. Interestingly, she started to receive beneficial scores once she moved to WCC and became Biles’ “sidekick/bestie”.

with the exception of vault.

Not even! She was getting 9.6s for her DTY at Nationals and Trials. Magically it became 9.3 for an almost stuck one in Tokyo.

To be fair, they were giving Chellsie 9.3 and 9.4 too which was just ridiculous.

Not even! She was getting 9.6s for her DTY at Nationals and Trials. Magically it became 9.3 for an almost stuck one in Tokyo.

Vault was not as dinged as the other events. She dropped .2-.3 ish in Tokyo which is not too far off.

But Chiles also got an 8.450 (for a strong hit routine) on floor night 2 of Trials but in Tokyo got a 7.666 for a mostly hit routine which is a whopping .784 difference. She was consistently getting into the 8s on floor for each routine domestically (unless she went out of bounds).