BBC reporting on this.

I will probably be in the minority but I am not in favor of this.

I don’t think many people are.

I have yet to see anyone who’s excited over that press release. I wonder how other athletes will receive Russians competing in Paris.

Hopefully the same way as when they encounter any other Russian person. I don’t remember any hate on soviet athletes in Seoul, when the regime had been responsible for the deaths of almost 2 million Afghans.

The open, and encouraged hostility towards Russian people is appalling.

The open, and encouraged hostility towards Russian people is appalling.

I don’t have any hostility towards any Russian people.

I do however have hostility towards Putin and think what he is doing is despicable.

I also think that Russian athletes should be banned from any sporting event until the war is over and Putin withdraws the troops.

This has nothing to do with the athletes/people of Russia. But Putin must be held accountable.

It is no secret that Russia is extremely proud of its sporting traditions and winning medals at Worlds and Olympics. Heck, it is why they had system wide doping!!

Accountability must be had, and Putin has no qualms about his personal vendetta/war.

It is unfortunate that the Russian athletes must miss out on key sporting events, but it is part of the aftermath when your leader is a dictator.

Not sure why you are comparing Seoul in 1988 to current day.
Social media did not exist in 1988 and the people were not able to see the first hand effects of war like they are today with social media platforms and eye witness accounts of the tragedies.

I wonder how many sports have full or partial Olympic qualification at events held in places where Russians and Belarussians will struggle to get visas?

Everyone competing in the 2024 Olympics owes Russian participants professionalism and good sportsmanship. But they don’t need to interact with each other beyond that. Athletes from enemy states compete against directly each other and don’t interact beyond that, which is fine. Russians at the Olympics will probably encounter that type of behavior from other athletes.

Over the past decade Thomas Bach and many athletes have offered good will towards Russia. And in return it’s been met with bullying and rule-violations. That sets an expectation for Russia as a country. And even the athletes who behave themselves like tennis players simply have to deal with it.

I watched Miss Universe 2022 held last Saturday in New Orleans.
I was shocked that Miss Russia was there.
Miss Ukraine was very outspoken about the war.

Apparently Miss Ukraine was very bothered by Miss Russia being allowed to compete and several contestants also were bothered by her inclusion.

There was a vignette by Miss Poland discussing the Ukraine refugees coming in and how she felt for them having to leave their country.

It is natural to have empathy to the people of Ukraine.

It isn’t so much a hatred or dislike of Russian people, but more empathy for the people of Ukraine.

I think some of it depends on what competing as an independent athlete looks like, too. Does it appear that they are still getting the support of their national governing body / Russian government, or does it appear they are really going it on their own to be there? The latter would likely get a much warmer reception than the former.

Russia already received the benefit of the doubt by being allowed to compete in the 2020/1 Olympics under ROC and the generic Olympic flag and not RUS. The very next year they were mired in a doping scandal at the 2022 Winter Olympics and then invaded Ukraine. So I fail to see why they should be given another opportunity in Paris. They can do another Alternate Games like they did in 1984.

I guess if we can get corporate sponsors to pull out if Russia competes, the IOC will be forced to change their decision.

They won’t. McDonalds just gave like $100M to the Quatari’s.

To which I’d add, I expect many of us aren’t big fans of non-Russians supporting Putin’s invasion either. They can all fuck off to exactly the same side of fuck together.

How do you deal with Chuso, for example?

What do you mean by deal? She’s quite clearly not going to be prevented from participating, if that’s what you’re getting at. In terms of what I think, well, she might have to go and sit in my mental not very impressed with your attitude corner. I don’t suppose she’ll give any fucks, but it’s important in the context of this discussion to be clear that it’s not about dislike for Russians but rather about dislike for support of the invasion. You won’t need me to tell you that those things aren’t synonymous.

That’s what I mean. Chuso has participated in pro war propaganda on several occasions. She isn’t Russian, but clearly has no problem supporting Russian actions in Ukraine. She’s made a choice that Russian athletes don’t necessarily get to make, yet no action will be taken. 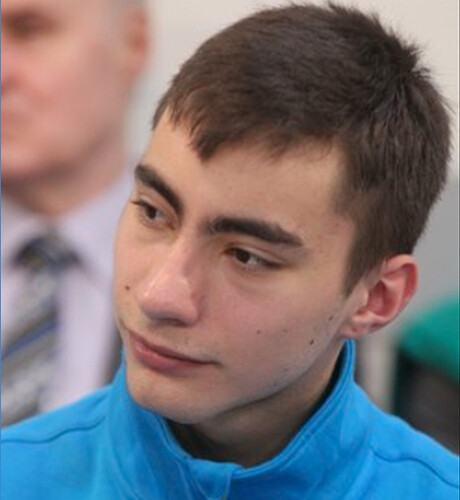 Talented athlete Dmytro Sharpar, 25, was killed in combat near Bakhmut, a city in the heavily contested region of Donbas, according to authorities.