Apparently Paseka is back at Round Lake 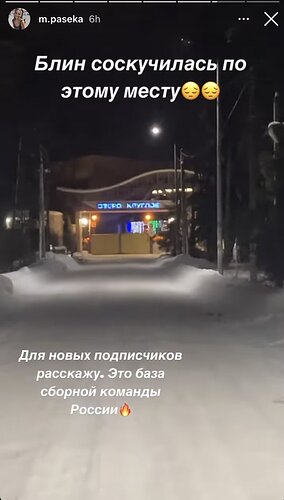 I obviously don’t understand a word of it but someone on reddit said she was.

Her insta also has gnarly Cheng footage, which I’m hoping isn’t recent because what on earth would be the point in her risking her back like that at this stage in the season?

I fear for her back, but if she can stay healthy it’ll be an interesting one to observe. One, because although Russia have historically been pretty good at getting their top gymnasts to compete well into their 20s, they never seem to go past 25. So this is new. And two, because of where she fits in now. I think she’s unlikely to score so well in individual competition, even with typical loose Cheng scoring, now we’ve got used to seeing Chengs where we don’t have to choose between uncartwheeled technique and unhorrifying execution. The rarity value isn’t there any longer. But there’s no denying a solid Amanar would go be very welcome for Russia at the moment. Listunova and Urazova don’t even have good DTYs.

Now that teams are back to 5 members, there is absolutely a place on the team for Paseka, even if she only does VT for the rest of her career. Akhaimova has shown that she can do AA (even if UB/BB aren’t pretty) and with Listunova, Urasova, and Melnikova on the team all the events are covered. The hard decision would be who to bench on vault for Paseka as you would ideally want Akhaimova’s rudi for the team. I suppose you could bench Akhaimova in TQ in order to have the other 3 do AA. However, only 2 can move forward and Akhaimova has made vault finals.

Their top juniors last year (Kustova, Vasilieva, Us, Kaigulova) aren’t new seniors this year, so it is unlikely that new seniors have any impact.

Yeah I got the impression the hope for 2022 was to carry on with the Big 3 being the core of the team. Wrt Akhaimova, I thought she hadn’t decided yet whether she was going to try and come back because of her injuries. She said that in around September iirc. Is there new info?

even if UB/BB aren’t pretty

you forgot to add VT and FX

So Melnikova is continuing through this quad?

What a work horse. By Paris, she will have had almost the longevity of Khorkina. And will have beaten Mustafina to 3 OGs. World AA champion too (with a potential repeat title in 2022 if Andrade can’t make it in one piece).

This slo-mo gives you EVERY reason why we need the robot judging on vault in Paris.

I do not want another Olympic medal to go to another underserving rank grossly overscored vault.

Well I dunno about this quad, but Valentina said she was having a bit of a break around now. Their first competition this year I think is in June? Euros being late, it’s a good time to take her foot off the pedal. They might be ok without her at Euros but I would imagine they want her for Liverpool worlds at least. Their best junior prospects won’t be eligible yet. And I can’t speak to Angelina’s motivation, but you’re right that this year would offer her the chance to really clean up.

To equal Mustafina, she would need:

A tall order, but at a stretch I think she could do it.

Filthy! Can she not keep her feet together!!

Melnikova has been back at Round Lake for about a week or so, I think. I can’t seem to find the tweet that said so, but she’s training 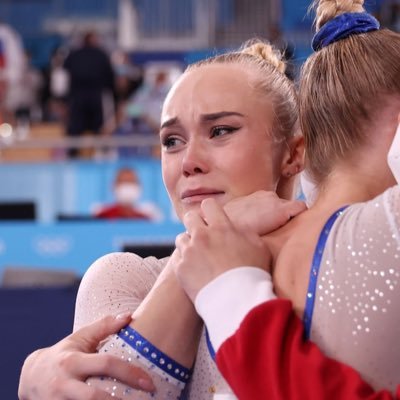 Gelya has actually been training in Dubai with Tutkhalyan doing some of her coaching. My mistake ^^^ She intends to compete at Euros I believe.

The Ministry of Sports finally posted the official 2022 roster of the Russian national artistic gymnastics team. There aren’t any surprises, but some changes are interesting. Compared to the …