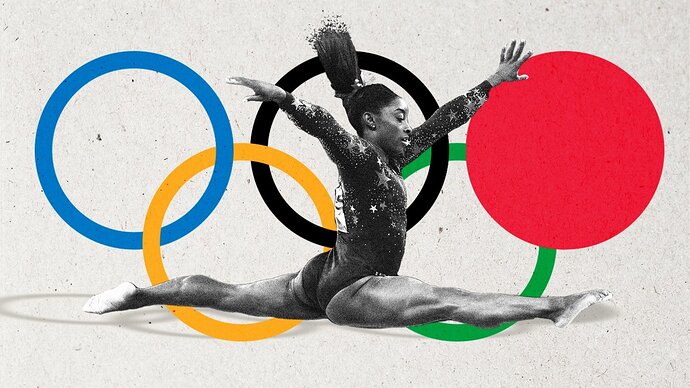 From pushing for racially segregated Games to implying a storm is “God's punishment” for LGBTQ+ participants, Kremlin loyalists are deep in a hate-fueled Olympic rampage.

“According to her passport, she is actually a woman. What this woman has been taking in order to look like this, God only knows,” Olga Skabeeva, host of the Kremlin-sponsored TV program 60 Minutes, said of Biles, who was the first to congratulate Russian gymnasts on their Olympic gold medals.

I wish I hadn’t started reading that

Why are they mad? Simone dropping out allowed their countrywomen to waltz to gold. Just angry for no damn reason.

Only thing worse than a sore loser is a sore winner.

And perhaps tomorrow too. They should really send her a bouquet.

It’s unfortunately not even the worst thing I have read today.
Where do these “media personalities” come from? (I’ve seen that a certain ex Good Morning Britain host has been running his mouth, too)

The Russian media has been after Simone for years now.

Also the homophobic and transphobic comments make me want to vomit.

However, when reading this I could swap out the Olga’s, Alexei’s and Igor’s names and substitute Megan McCain, Tomi Lahren Ben Shapiro, and Tucker Carlson and it’s like watching a show here in the US.

And then add Piers Morgan for Great Britain.

Is this for real… is the world really this messed up?

And Russia wonders why the West has a problem with it…

The west is very jealous of Russia in many aspects and does not understand or attempt to understand the state of mind.

And quite frankly, most of us don’t really care what other countries think. If anything, it just fuels nationalism here. People do not like the idea of western culture wars and social justice crusades being forced upon us. Especially from countries who are in no place to lecture others.

What do you think of the views of Russian State TV as expressed in the article, @MaryClare?

Outrage sells, so the media always have to find something to be outraged about, even after a victory. (Not just in Russia, of course – this seems to be true all over the world.)

The west is very jealous of Russia in many aspects

Sorry to say. But this is just not all that surprising

Wow. I guess its not overly surprising with other things we have heard from gymnasts, but oh my goodness. Thats ….a lot of hate.

Well, it’s not the views of the Russian state, but someone who works for it. Personally, they are not my views at all. Unfortunately this type of article is not at all shocking.