Now that quals have finished, some random thoughts and opinions of mine. Do share yours.

I really like 4 person teams, I see now what they were trying to do. This has been by far the most exciting Olympic qualification for me, probably since Sydney. That said, it makes 2 per country absolutely brutal. All 6 American gymnasts doing AA was amazing and not something we’ll see again I imagine.

It does bring to light once again, the issue of 2 per country in a all around competition of 24. The bottom 12 qualifiers have no hope of being a factor in the competition whilst other gymnasts who could are having to sit and watch. Imagine other sports doing this- American and Jamaican sprinters left out of finals in favour of other nations with slower times. It’s laughable.

Gymnasts and their coaches have to be brave enough to prioritise execution over difficulty. It’s worked very well for Derwael who, bars aside, has very modest difficulty at this level yet will be part of the top group for AA finals. The scoring suggests that the judges are very clear on this.

The US is a mess. Tom cannot lead, even if he has made some good calls such as putting Grace on the team. If you want to have an inflated home scoring system, fine- China and Russia do. But they know they do, they don’t kid themselves that they’re going to get the same sort of scores internationally.

This has been the most exciting qualification in years.

I agree with the 2 per country being ridiculous - in any event final competition the top 3 qualifiers should be in the final regardless of the flag they compete under - that should probably be increased to top 6 qualifiers in the AA.

I do like that the judges are prioritising execution over difficulty - Simone is now being penalised for the huge jumps she is taking on landings - luckily for her and Team USA her difficulty levels are keeping her scores relatively high. She is no longer giving USA the cushion they once had though.

Team USA will have a few dodgy years when Simone goes.
And I’m absolutely buzzing about Andrade and Melnikova’s performances.

Finally! For way too long the judges were scoring easier routines much more harshly while sloppy difficulty thrown by the likes of Aly Raisman was rewarded. I’ve been very frustrated with Simone this quad because it’s been all about the difficulty with utter trash landings. I just can’t get behind crazy skills when every landing has a .3 deduction.

Skinner…oof. We all knew this was a possibility. And while I find both her gymnastics and personality pretty awful, today has to really suck.

Man, the Russians. We’ll see if they can repeat in finals, but daaaaaaaaaaamn. I don’t know what deal with the devil Valentina made to get that performance of out them, but it was beyond impressive.

The Gad twins are such a delight. Their technique is just wonderful, I can’t wait to see them continue to improve. I’m also excited to see what their coaches do with Amelie.

The US is a mess. Tom cannot lead, even if he has made some good calls such as putting Grace on the team

We can not blame the entire USA meltdown (yea, it was a meltdown by USA standards) on Tom. There were, I think, many factors. Taking out the pandemic, which was global and no worse for the US than for other teams, what factors led to this? The Nassar abuse horror and its aftermath I think for sure – but what specifically in the aftermath?

The US gymnasts no longer trust USAG, their organization. Things have still not been settled regarding the survivors. There were also several transitions in leadership with Valeri, then Rhonda, then Tom.

Is the implication that Simone’s landing deductions were not being taken internationally before this event?

Imagine other sports doing this- American and Jamaican sprinters left out of finals in favour of other nations with slower times. It’s laughable. 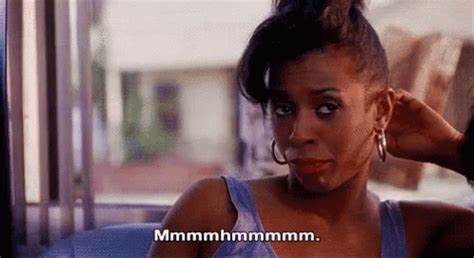 Weird side note to your comment: I’m American (citizen) and Jamaican (born).

I don’t think the talk about how the US gymnasts should be expected to bring home 8-11 medals helped them, either. Frankly, that expectation was put out there ignoring how good the rest of the world is. While it’s possible for the US to have two people medal on every event (potentially excepting bars), it’s probably not the reality. But it really seemed like you could see the pressure of ‘this is what we’re supposed to do, minimum’ in their faces.

There needs to be a GB postmortem, but there won’t be.

They’re going to try and hide behind the fact that they’ve basically qualified what they were expected to qualify today. The team were 6th, which is pretty much where the smart money had them, and can reasonably anticipate a similar placing in TFs. They have two in the AA, and while different choices might’ve led to more EFs, the narrative is going to be that Jessica Gadirova is a legitimate floor contender, which in fairness she is.

don’t think the talk about how the US gymnasts should be expected to bring home 8-11 medals helped them, either. Frankly, that expectation was put out there ignoring how good the rest of the world is. While it’s possible for the US to have two people medal on every event (potentially excepting bars), it’s probably not the reality. But it really seemed like you could see the pressure of ‘this is what we’re supposed to do, minimum’ in their faces.

Yes, but they had that pressure in 2016 didn’t they? What is different? There is clearly a difference .

I am SO relieved Japan managed to get into TFs. God I hope Murakami gets a FX medal. I really really REALLY want that for her.

When can Simone throw the YDP?

I hope Tim will now shut the fuck up about USA fielding three teams and them getting gold silver and bronze.

In regards to Simone, I think she over extended herself with commitments instead of creating a bubble. Also, I think the expectations from herself and others is getting to her. Let go, focus, and do what you know you can do.

Let’s not write Simone off.

I don’t think anyone truly is. My opinion, the only one who can beat her is herself.

Let’s not write Simone off.

We need to wait until TF and EFs are in the books.

She held onto her legs in both her full ins - on floor and on beam.

I remember seeing it on the replays. The same error. Pulling in way too hard.

Absolutely, and even if everything about today’s very far from optimum showing is repeated in finals, she’s going to leave a repeat AA and vault champion.

To be honest, I think GB did exactly what they planned on doing. All their talk about having experienced people on the team, is for 2024. Then it will be much easier for them to push keeping the Gadirovs on the team.

That is exactly what the Soviet Union took into account when making teams, too. Of course, it was esier then with 6 girls on the team. But the idea was that from quad to quad, they’d have two, maybe three, girls who had done it before.

And they didn’t want Beckie becasue they thought that would mean leaving a girl off the team who could be on it in 2024.