This article is about the Today show segment on the mother’s of the Women:

Meet the moms! Hoda sits down with the women who raised USA’s star gymnasts

The moms of the gymnasts on the U.S. women's team played a huge part in getting their daughters to this moment.

Interesting that Hoda included Gina Chiles and raised the issue of her heading for federal prison. I guess it was the best (only?) way of handling it.

I don’t know that it needed to be handled. There will be no parents in Tokyo (and thankfully no parent cam), so her absence won’t be an issue.

I also don’t understand why there is a special on the Moms of adult athletes.

They do it in figures skating so I guess there is audience interest in that sort of coverage. Or NBC loves covering gymnastics and they will take anything they can get.

Agreed. What I meant is that since Hoda was doing this thing with the mothers of the USA WAG Team I think she did need to include Gina Chiles but she also had to at least mention the federal prison thing. As far as why they felt they had to do an interview with the mothers, if NBC thinks a segment will get ratings they will do it. Thats all.

It is good that they had all six moms.

( And it was reassuring to see Jordan and Simone wearing masks In the background. Please let’s not have any positive or false positive COVID tests spoiling things.)

As a “full quad” gym fan I always get thrown off by Olympic gymnastics coverage. Stuff we’ve known about, read about or talked about for years gets brought out as “brand new and very interesting information.”

Of course. But for the vast majority of people who watch the Olympics or watch the Today Show for that matter, WAG is not a sport they follow otherwise (if at all). So it is new and interesting for the typical NBC audience which is the crowd they are playing to. Not us gymnastic geeks who form a small minority of the NBC viewers. Simone could probably fly the plane herself.

In fact, she could probably fly to Japan without a plane. Sorry but I am positively giddy at the thought of Simone sweeping another Olympics, especially under these adverse circumstances. These girls are athletes X 100. Its almost heroic what they have overcome this past year to get to the Olympics.

I’m on edge about them staying healthy but I’m so glad we get any Olympics at all.

I also don’t understand why there is a special on the Moms of adult athletes.

They do it in figures skating so I guess there is audience interest in that sort of coverage. Or NBC loves covering gymnastics and they will take anything they can get.

It probably does appeal The Today Show’s target audience. The fourth hour attracts a lot of stay at home parents. Plus it mainly airs the fluffiest of fluff pieces since the first three hours exhaust headline news. Simone Biles and the USA Gymnastics Team Are Tokyo-bound — and They Got...

Simone Biles and the USA Gymnastics team headed to Tokyo this week, one step closer to competing in the Olympic Games. 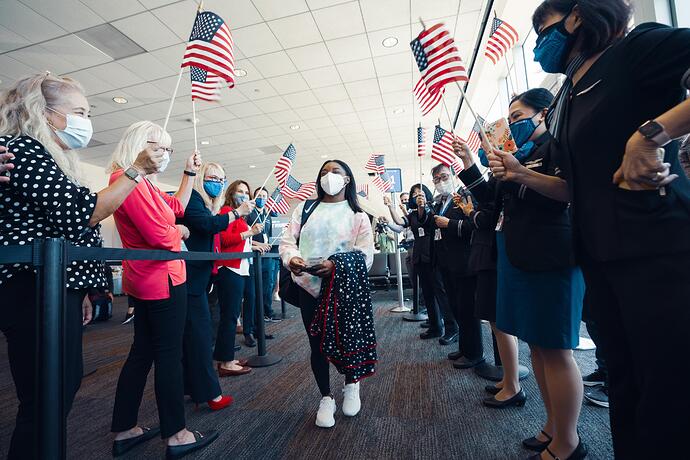 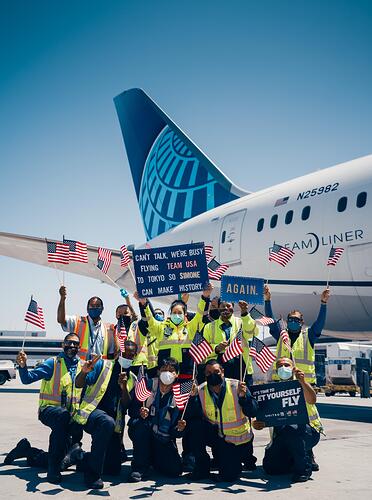 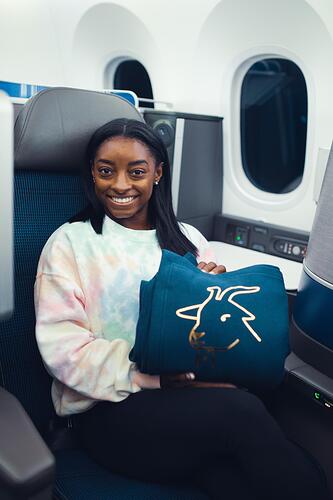 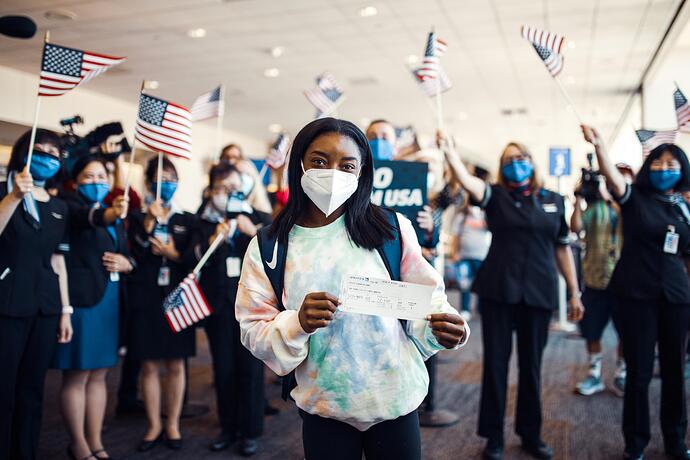 I like Simone, but god, please no. I can think of a few others I’d rather see take Beam gold for instance. 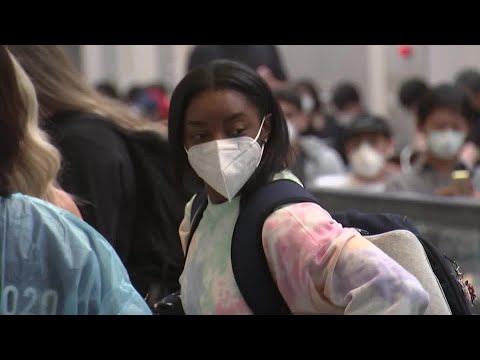 Simone Biles, wearing a mask and a USA backpack and surrounded by a bunch of randos, arrives in Tokyo.

Lol, it’s Simone world the rest of us just live in it. I am really surprised they have the entire team and all the alternates(and their coaches) all traveling together. Seems like a huge risk.

I agree but only to a point. Media interest is driven by public interest. They cover who draws the most people in and at the moment it is Simone. 4 year gymnastics fan Sally and Joe, don’t care about the others. I doubt most of them know their names other than in passing. If they kick ass and take names in Tokyo and Simone doesn’t deliver, after dragging her for being a disappointment, they will toss Simone to the side faster than rotting vegetables.

Sorry, probably the wrong thread but I didn’t know where else to put it! And yeah, I get that Simone is the big dawg and will draw a lot of attention, but would it have been so difficult to say “Simone Biles and her teammates”?