Paul Ruggeri out here making a fool of himself

Paul Ruggeri proclaiming he admires Marta because “she knew how to make champions.” And just digging himself deeper and deeper.

Paul is an athlete rep on the men’s selection committee. So much for changing the culture.

@Paul_Ruggeri
@ozgymblog She may have done some things unethically… but she knew how to make champions. I always looked up to her and her success.

@Paul_Ruggeri
@DanellJLeyva So glad that I consider you to be a decent human being! It’s a fact that Martha Karolyi created champions. It’s also a fact that she allowed abuse to happen. I am not saying I looked up to her for her abuse I looked up for the success of her coaching. Learn to read my brother!

@Paul_Ruggeri
@GymChem I am not glorifying abuse. I said that she made champions. That’s a fact! Certainly there are other ways around it… but you can’t change facts.

Peyton Ernst had one of the best responses: 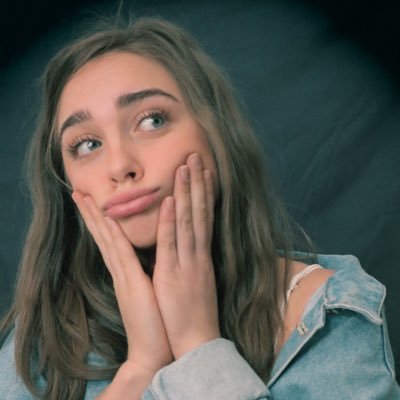 @PeytonErnst
If she “created” anything it was a place of fear, anxiety, & abuse. She not only allowed the abuse, she was also causing the abuse. That’s not someone I would ever look up to in any way. Every time I left the ranch I left so broken. Physically, mentally, and emotionally broken.
2 Likes
KathySantoni July 26, 2021, 4:36am #2

Oh my. If my memory serves me right his is not the first time he is controversial.

My goodness, this is disgusting. Was about to write that I can’t believe this person is employed with USAG, but on second thought, having someone with this attitude as athlete rep is completely on brand. USAG will never change.

Why is everyone freaking out? Simone qualified for everything. US is in team finals. 2 US women in every final. No one’s gotten or lost a medal yet, because they haven’t finished yet. I’m so confused. Tom was a prick at the press conference, but, I mean, public speaking and communication might not be his best skills.

It always pisses me off that people espousing this view have never critically examined all the negatives stemming from Marta’s approach. It isn’t simply an issue of balancing up the mistreatment and the level of success. She made many, many mistakes and the nature of her system was that it and she threw away a lot of medals. Of the four Olympics she did, in two of them she was outthought by a smarter coach and her team ran out of bodies because her preparation system was so ridiculous. It was only once this was changed, against her wishes, that the US actually started winning Olympic golds, and the final quad owes as much to the random good luck of Simone turning up and the Russians deciding to give the head job to a Putin crony as it does to anything else.

Basically, even if you want to make an assessment of Marta’s results without making an ethical call too, you still need to factor in all the things she did wrong. And by simply saying she knew how to make champions, Paul doesn’t.

Why! Why! Is there a reason he needs to publicly praise an abuser? Was he expecting to get a lot of affirmation in his post? There have been ZERO medals handed out to the women gymnasts at these Olympics so far. Is he sure they’re not still champions, even without the abuse? (Does he remember Worlds the past few years?) Is he aware that Marta did not train these gymnasts individually from the ground up? Does a gold medal justify even a little of the abuse? Gosh, so premature in his assumption that the US women are going home empty handed. They had an off day and still did their job.

Exactly. The 2008 Olympic team was formed by default because most of the viable candidates ended up injured through her meat grinder of a process. Even then, Nastia and Shawn were the only uninjured ones on that team.

It was only when the USOC told Marta she needed to announce the full team at Trials that things started to change a little bit for the better because now she couldn’t demand these girls to basically be at peak from Nationals through the Olympics. Granted, the USOC wanted that less for the health of the gymnasts and more for ratings and money because the general public expects the team to be announced at Trials, not just the top two girls and another ten girls that are invited to the untelevised camp where the actual team will be announced.

Back in 2004, she had all that insane depth and she brings a second vaulter instead of putting one of the two World UB champions on the team and not just as an alternate.

And certainly don’t argue about gymnastics or Marta on Twitter.

sometimes I don’t understand why people feel the need to broadcast their thoughts especially controversial ones on social media like JakeDaltonsBiceps said, don’t argue on twitter(or any social media really)

I would like to point out that he works for NGA now, not USAG. You know, that organization that’s supposed to save gymnastics??

She also gets the benefit of the NCAA system that offers a great incentive that can be achieved by a much larger talent pool. There is nothing you could’ve offered a 13-18 year old in the US during her reign that is more enticing to the kid and parents than free college to go along with that Olympic dream. Takes an awful lot out of the risk proposal of elite, and she didn’t have to do anything at all for it.

Supposed to save gymnastics from its Karolyi era mindset, no less. Hmmmm…