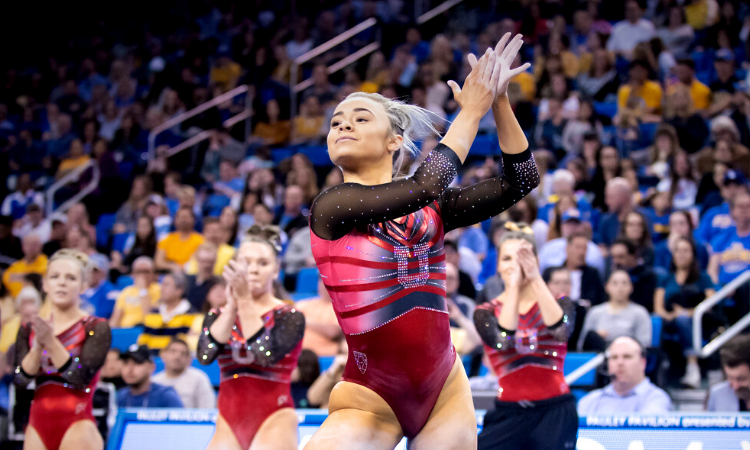 Thanks to CGN they have an ongoing list of eligible senior athletes that have decided to return or declined/moving on with life after gym.

Nia Dennis is a def NO, her body can’t handle it.

Poston and Tratz from UCLA are taking a 5th year

Already getting commitments and hell nos from athletes. 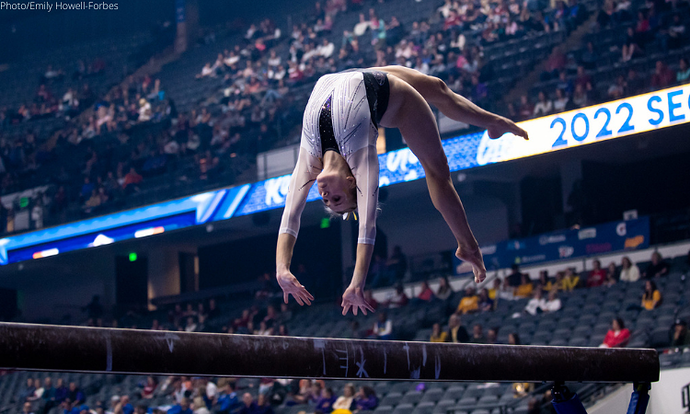 are all major keepers, and for Missouri who did so well last year, expect them to be even better next year. Oklahoma holding onto Stern and Trautman is also big.

I’m waiting for Trinity and Nya to come back, although I suspect Trinity may depend on if UF can win the title. Nya is not expected to graduate till 2023 and there is no significant injury management that I am aware of for her, so I expect her back.

I hope Abby Heiskell takes a 5th year. Her transformation from 2020 to present is pretty remarkable. I hope Wojcik does too. I get the sense that she might not, but I’d love to see her have another shot at post-season success. I’m still not over her falling on bars in semifinals last season.

We have former elites in NCAA talking about going back to elite, we have additional COVID year announcements, and who knows what might happen these days. We are waiting for a decision by Trinity.

Jade will be at national team camp.

Well, something I didn’t see coming: Josie Angeny (Kentucky) transferring to Georgia for her fifth year. 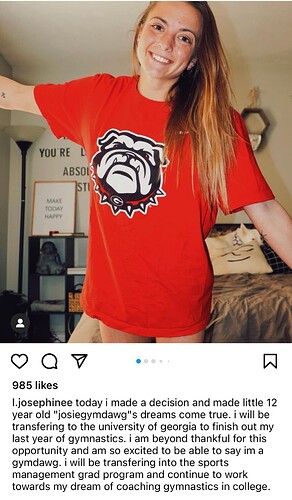 Well, something I didn’t see coming: Josie Angeny (Kentucky) transferring to Georgia for her fifth year.

I am wondering if UK didn’t have a scholarship for her so hence the transfer.
Funny thing is I thought that Angeny was a 5th year senior along with Derrian Gobourne.

Angeny can do AA at UGA where she was just bars and beam this year and occasionally step in on vault. Huge gain for UGA.

Gymcastic reported that Norah Flatley has entered the transfer portal. I imagine she may be trying to follow her boyfriend since he is moving to Georgia for work.

Victoria Nguyen has also removed UGA from her bio and made some tweets about starting something new.
Speaking of Georgia, has anyone heard if any from their senior class are returning? There are 8 seniors on their roster and they made up majority of the line-ups.

Speaking of Georgia, has anyone heard if any from their senior class are returning? There are 8 seniors on their roster and they made up majority of the line-ups.

Let’s see…Lukacs medically retired, Ward and Perez-Lugones both retired via instagram, Schild has no more eligibility, so we have 4 still unaccounted for. Angeny’s transfer is good, but potentially losing Roberts, Magee, and Baumann would be bad news for 2023.

If it’s true Nguyen is looking to transfer, perhaps it’s because she can see the writing on the wall.The SEC is too stacked for UGA to realistically pull themselves out of the bottom rung for the next few seasons, not to mention their lackluster recruiting and perennial injury parade. I could see her thriving at a program like Iowa/Illinois/Denver.

Victoria Nguyen officially leaving Georgia.
Unsure if she is attempting a transfer or if she is retiring.

@victoriavn21
thank you to the people who made it worthwhile🤍 thank you to the fans and the university of georgia for the wonderful opportunities. & to myself, onto new adventures😋 https://t.co/c4ZkJS6c2v 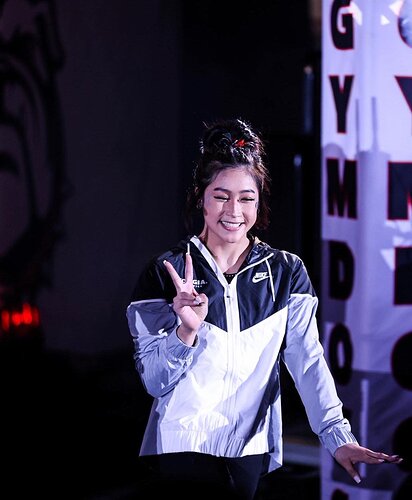 @wojcik_natalie
I am beyond excited to announce that I have been accepted into the#1 Masters in Social Work program in the nation and that I will be returning to the gymnastics team for the 2023 season. Go Blue!!!🤍 https://t.co/cs5wE56TmF 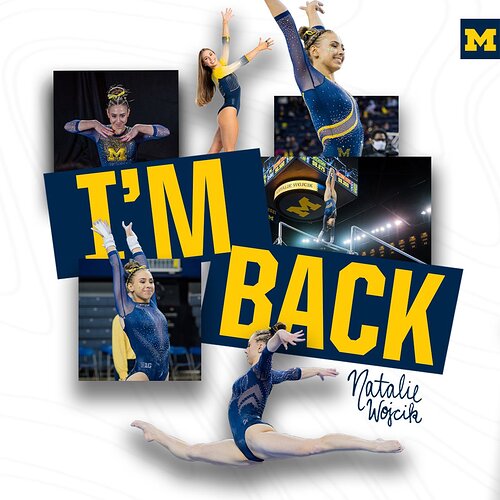 I heard (pretty reliable source) that Brenner wanted to stay and her request was turned down. I heard that before nationals already. Bev doesn’t keep a large roster by design, so….

I might be mistaken, but I believe super seniors now count against scholarship limits, so teams are going to be a lot more selective about giving those slots and roster management. I imagine there will be more than a few seniors that are going to either retire or take that fifth year without a scholarship

I might be mistaken, but I believe super seniors now count against scholarship limits, so teams are going to be a lot more selective about giving those slots and roster management. I imagine there will be more than a few seniors that are going to either retire or take that fifth year without a scholarship

Yes.
This is accurate.
It is back to 13 on scholarship.

Which is likely why we will see many athletes transfer to finish their 5th year or just retire.

It has been helpful that the new rules don’t allow verbal commitment so early now.

Florida has 4 that are supposed to come this fall, but only DiCello is signed. Likely Jenny saved those slots in case some of the seniors wanted another year. Leah Clapper is already returning.

In late 2020, the NCAA announced all winter sport athletes would be granted an extra year of eligibility no matter how much of the 2020-21 season they were able to complete. Now that another season is coming to a close and seniors are announcing their intention to return or retire, we decided to put all the announcements in one place.

Michigan have 4 freshman signed for 22-23. Likely there was no room for Brenner for scholarship. I think they had only 1 open and that went to Wojcik.

Derrian Gobourne announced yesterday that she’s returning to Auburn for her fifth year. I’m thrilled to have her back!

Megan Roberts announced her retirement so no 5th year for her. Oddly enough, he specifically thanked Jason and Josh but mentioned nothing about Kupets. It wouldn’t surprise me that there’s some conflicts within the program.