Did we ever get to the bottom of this? IMO, the first Mustafina attempt is short. It would appear Mustafina agreed, as she attempted it again before the DMT, but IMO again this was short.

And again, it seems Mustafina agreed ithe second attempt was short too, as she did a Switch Ring instead of a Split Leap in her dance series, which she only did when she biffed a turn and needed another C.

What would you do?

It’s difficult though, because if you credit the first one, you should arguably credit the second one (they were similarly around). Which would be an E repeat - no DV.

Side note: terrifying that this was over 8 years ago.

I think the kicker for the 1st one is that the foot left the ground. The 2nd one was dubious but her foot stayed down and of course the benefit of the gymnast can be applied as judges like. As long as they don’t file an inquiry they can get away with anything.

Did we ever get to the bottom of this?

no, we didn’t want to touch this as she bumped Skinner off the podium and the Skinner h8 was strong in all of us in 2014

I would say she dropped her heel/hopped right before 2 1/2 on the first one, putting her in Memmel territory, and that she got the second one just barely around / borderline but without a hop or heel drop, giving her the skill with a few obvious deductions. Ironically opposite of what the video calls.

Ok, so we think she got a Memmel and then a Mustafina?

Interesting that she then did the Switch Ring. She knew it was a close call.

We all collectively carried her through that. It was our gymfan will that pushed that leg back to that head

Ok, so we think she got a Memmel and then a Mustafina?

I just watched and this would be my call. But this is stoopid composition. Also, we need to have someone else use all these mustafina fx musics that are perfectly usable yet she’s totally half-assing it. Mind you she still looks better that many, but half-assing it is, imo.

I thought the first one was a Memmel. Her cover exit implied it being shorter to me. The second attempt I’d give (biased here) but it was still close.

As an aside, that was a weird Worlds for her. I thought she got the flu after prelims and was sick for the team and AA finals — not to mention the shoulder injury she had too.

I remember seeing this and thinking she was toast for Rio:

Would never have had her on my AA podium.

Did we ever see her hit that Double L? Or the Double Attitude for that matter.

Mustafina was always a competitor. She knew when she had to be there and you just couldn’t count her out

I’d have to dig but I can’t remember a time. I thought a time or two she may have been close.

I’d have preferred this routine for the Olympics personally. She did it her way 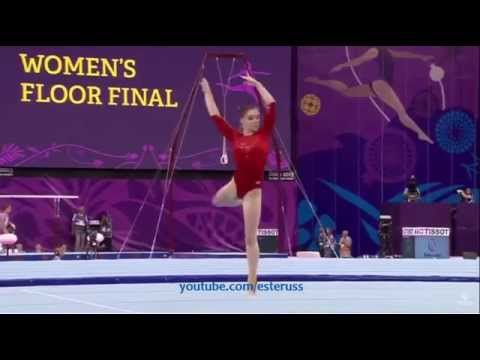 Neither of those Triple L’s in 2014 should have been credited. The second one is closer, but it definitely drops out of position before 3 rotations; look at the direction the foot is pointing at the start, not the direction of the upper body.

Half agree half disagree because of the effect of turnout on the foot/body positioning. But agree re: Shang Chunsong.

Not sure. She attempted the skill as early as 2009. The stuck triple full here 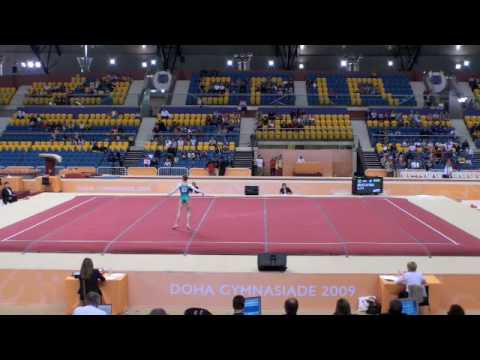 Absolutely not. Shang was monstrously overscored on floor in Rio.

I thought the measure of the turn should be from the hips and not the foot?

Shang was monstrously overscored on floor in Rio.

Don’t agree with “monstrously”, and almost everyone was overscored compared to the standards of the next quad. Mustafina was more overscored than Shang though.

Is that about the underrotated twisting tho? Cause wasn’t the rule then if you punch you get a pass? I mean it was outrageous, but that she did, specially in AA