How some people reacted to Simone's tweet about drug testing 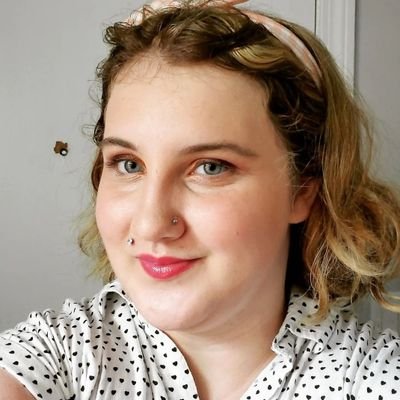 Here is where Simone is wrong and being a diva.

This is just Simone using Twitter and her celebrity status to cause outrage for no reason other than she is annoyed.

Athletes complain on the internet about drug testing all the time. It’s only that rando who’s purporting the retaliation nonsense.

This does confirm she is being truthful about leaving her options open. Withdrawing from the USADA’s test pool is the real retirement announcement.

Withdrawing from the USADA’s test pool is the real retirement announcement.

That’s Twitter though, people look for conspiracy theories in literally everything.

Eh, I don’t think Simone’s being a diva, she just sounds annoyed. Sure, there are people who will invariably escalate that into SCAAAAAHN-dal, but that’s not on her.

Maybe she wants to be able to use recreational drugs

I’m not really bothered about Simone’s tweet. I’m more bothered by the absolute nonsense of the gymternet’s reaction. The conspiracy theories. Linking sexual assault to drug testing (?!) for tea and clout and likes. It makes me despair for the TikTok generation.

I don’t think the replies are predominately gymternet folk, more the perpetually offended, drama mongering, self appointed social justice warriors who started following gymnasts, not gymnastics, in the wake of the Nassar scandal.

Agreed, the gymternet is full of drama-mongerers, but this has the whiff of the same demographic who were upset that the Yurchenko double pike was only awarded a 6.6 out of 10.

I’m not too concerned. Zoomers can tell when a social media site isn’t enriching. Twitter hasn’t had any recent user growth and isn’t profitable at its scale. Enough people don’t think the platform encourages good content. There are still big problems with social media but the young-ins will get their crap together.

This person with the dumb tweet has all of 25 followers, probably in part because she thinks it’s acceptable to bring up a stranger’s sexual abuse as a means to engage with them. Social skills = 0.

I feel bad for Simone how much stupid some of her fans can involve her in sometimes.

This is a bit of a reach in my opinion. She literally sounds like anyone else complaining about their job on Twitter. I don’t see how that makes her a diva.

This is a bit of a reach in my opinion. She literally sounds like anyone else complaining about their job on Twitter. I don’t see how that makes her a diva.

This isn’t complaining it is straight up diva behavior, especially the part asking to be left alone.
Part of the “job” is drug-testing, doesn’t matter if she has not been in competition for a year, she is still obliged to be in the testing pool because she is technically a competing athlete and not officially retired.

If Simone is so over drug testing and just wants to be left alone then retire and she gets to move on with her life.
If she is not ready to retire yet then she must abide by the same mandate that all active gymnasts follow, which is random drug testing.
If she denied them once that week that is why they returned the same week. Athletes cannot mandate when and where they are going to be tested.

Looking for special treatment comes across as diva behavior AND frenzies her fans, who are incorrectly stating that she is being drug tested due to retaliation.