How do the individual Olympic team spots work? 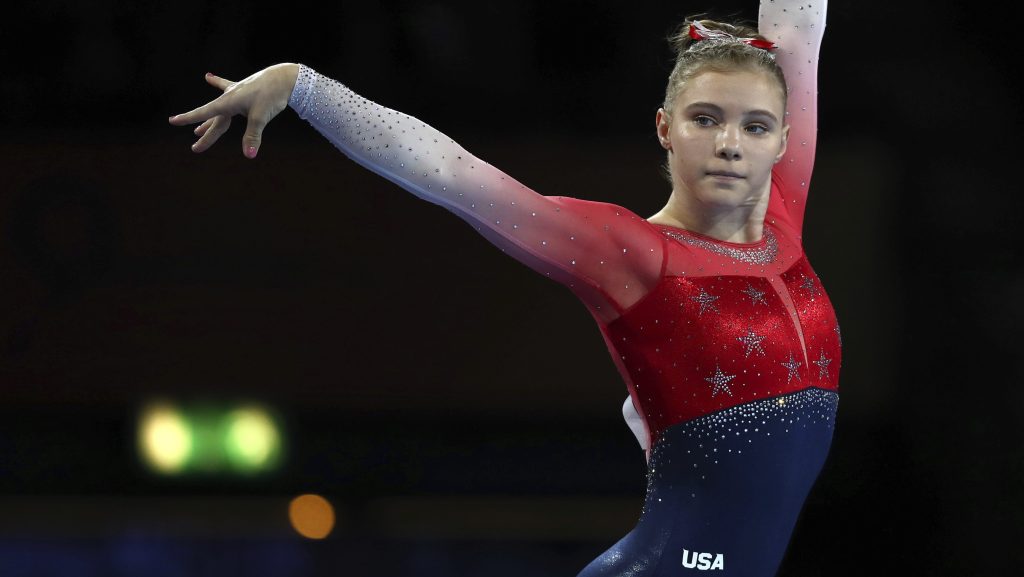 I’m not sure anyone really knows how it work now that the entirely qualifying process has been thrown into chaos with cancellations due to Covid.

Sounds about right. As I understand it, the EF spots are now no longer guaranteed either depending on whether they are able to finish the series or not?

I was reading on twitter that “Jade’s” spot may not actually be available at all for her. Since they have not- yet- officially concluded the series (Doha merely being postponed, not cancelled), should continentals happen first and USA get a spot (highly likely), then the apparatus slots won’t be up for grabs (For the USA, at least, since the AA world cups were already given to the USA, China and Russia)
I don’t think this would necessarily affect Jade’s chances of getting a spot, either on the team or as an individual, mind you.
France and Devillard must be following with great interest to see which spot is allocated first.
FIG has not yet clarified, either.

I am sure if Doha cannot go on, that they will take 3 out of 7 and Carey would still get the VT slot.

Yes, she will get it, if the continentals don’t happen before they allocate those spots.

They were always going to allocate the spots after Continentals.

Even if World Cup Apparatus gets postponed after Continentals, the results of World Cup Apparatus would hold up over Continentals.
Especially considering that Carey, Fan Yilin, and Arishikawa already have mathematically claimed VT, UB, BB before Doha. FIG only needs Doha to determine FX.
Men is a big trickier as only 2 out of 6 mathematically claimed the Olympic ticket.

Continentals could be held if the plan is to hold Doha (postponed to after Continentals) with the results to be determined until after Doha is completed.

Jade Carey has the +1 nominative.

Thats good- it would be grossly unfair to all the athletes who have already tied up their spots otherwise.

The plan all along was to allocate slots AFTER qualification process was done. So even had there been/ will be 8 full events, Jade wouldn’t be allocated a spot until June, when she would have to accept or decline. By that point if she declines the 2nd place on VT would receive the spot and USAG would lose a +1 it wouldn’t shuffle to the Continentals.

That was the argument that Brian Carey brought up is that they would just decline the slot if they felt Jade had a chance to make the 4 person team, but they didn’t realize it would cost USAG a spot.

This is also a huge flub on USAG’s part because they never documented the process for World Cup Apparatus qualification. Just the criteria to be able to attempt an individual spot. They could have added a stipulation in such as “no longer eligible for 4 person team” or “if spot is secured via 1st place WC Apparatus, the athlete has secured Olympic participation and cannot participate in Olympic Trials for a score”, since by right, the World cup circuit served as an Olympic Trials.

I really think Doha will take place.
Positivity rates are going down in most of the US and other countries!

But if it gets postponed or cancelled, I can see FIG just awarding it after 7 meets, especially considering that they changed Baku results accordingly.
Worst case scenario, maybe they could only invite the athletes that are still in contention for a spot and only on events that are not locked up.

Who is in trouble of qualifying now if they just use 7 events?? Epke? Petrounias? Ferrari?
Does Kohei have a chance?

Zonderland leads on HB with 90 points and the tie break.
Petrounias would need to win and then win the tiebreak.
Ferrari is tied with Mori right now. But Mori is leading the tie break due to average score. Who ever wins would get the 30 points to give them 85 points. Carey cannot be overtaken on FX but since she wins VT the FX slot would go to second place.

Alas, we now have clarification on Doha. Should the event be cancelled, the series will stand at 7 events with Carey, Fan, Ashikawa, and Mori earning +1. This officially guarantees the U.S. women +2 quota places, with Carey and AA reallocation confirmed.

“Min. seven (7) and max. eight (8) Individual Apparatus World Cup
competitions will be held between November 2018 and 29 June 2021 with
the three (3) highest results per athlete per apparatus being taken into
consideration.”

I’m a little salty about the AA spots being redistributed how they were. I was hoping that GB or Italy or Canada could have gotten one of them. Russia didn’t even participate in the first event, feels like that should have DQ-ed them from the spot. It would have been weird to just give it to the top 3 from SCAM, but I wish it had shaken out that way. USA, JPN, and GBR would have their +1, Japan and USA would be at +2 total, Russia would have a chance for +1 at whatever european championships ends up having (and hopefully +1 for Iordache), Canada would have their chance at pan american competition whatever it ends up being (and hopefully +1 for Andrade), China could get their second from the Asian continentals with one wide open spot for some lucky country…

Glad we have clarification now. It’s far from ideal, but since the alternative was redistributing the spots to the next AAers down from 2019 worlds, this would appear to be the less smelly of the two available turds in the event that we have to sniff one of them.

Whereas with the AA route, it feels much harder to identify a least worst option.

So they’ve closed the EF series as is. And reallocating Continentals to World 2019 Prelims finishers. Right?

Continentals are still on, but yes, that would be how they’re reallocated.

Any guesses who USA might send to Pan Ams? I can’t imagine any athletes with a shot at making the team would want to travel to Brazil right before trials.

They’ve not closed the EF series have they? I thought it was a contingency plan for if rescheduled Doha can’t take place in June. Although obviously most of the places are settled already.

In respect of continentals, the main question mark is over Pan Ams isn’t it? Euros looks to be happening and I can’t see why the others wouldn’t. But looking at the 2019 worlds prelims spots and how they’d be reallocated if the continentals for some reason didn’t happen, am I correct in thinking the following would qualify?

If I’m right, we really are barrel sweeping here. I don’t blame the FIG for that because nobody saw this coming, but frankly I’d prefer them to reallocate the continental spots on the basis of team performance in 2019. We’d get a much higher calibre of individual gymnast then.

By my calculations that would be Russia and Italy for Europe, China and Japan for Asia, Canada and Brazil for the Americas then Australia only for Oceania and Egypt only for Africa. That’s the same number of unfilled spots as with the going down the list method, and also there’s nothing to prevent countries who sent a couple of individuals but no teams having those numbers added up for an imperfect team total. I can’t be arsed with that but assume it would be New Zealand and South Africa. Which I do think is preferable continental representation to nobody and the 152nd place prelims finisher.