History of the Cheng 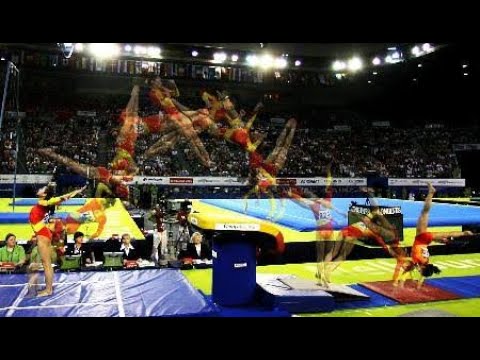 It pains me to say it, but Skinner’s Cheng really stands out when you lay them side by side with the others.

Aside from the one hand block, her air position is really great. Carey’s is surprisingly bad. I don’t remember disliking it that much…and something is off with Shallon’s feet that makes me hate hers. Paseka’s is the messiest mess that ever did mess.

Simone just floats. Class of the field, no question.

Some of them are just so awful. Some of Paseka’s…

Should be titled… “The history of the ugliest vault ever”.

The thing about Skinner’s is that they are very consistent. Some of these athletes seem to hit a different part of the table every time.

Agree about Carey’s looking worse than I remembered. Olsen’s quarter twist on also stood out. Shame they missed Downie’s. Biles looks like she’s doing a different vault to many of them.

Yes Olsen’s, technically, is the actual worst. the way she does that half-on shouldn’t be allowed. it’s like a side somi

She was so incredibly talented, with proper coaching (and maybe an attitude adjustment) she could have been challenging Simone for dominance. Instead she did chucked gymnastics, and while her natural talent carried her far, she could have been truly great.

Yep, I’ve said for years that Skinner is one of the most naturally gifted gymnasts I’ve ever seen. She certainly could have gone much further with better coaching. It’s interesting though, however much attitude and general arrogance that has exuded from Skinner and her camp over the years, she’s come out of a 10 year elite career, physically and emotionally unharmed it would seem.

She does seem very resilient.