Has Christian Gallardo moved to Canada?

I was speaking with a friend who went to the Elite Canada competition in Saskatoon, Saskatchewan and they told me that Christian Gallardo was on the floor in team Canada kit speaking with coaches, athletes and judges. I know that Canada has been searching for a new national team coach for a while (and that Peggy Liddick had applied to hold the position at one point) and I am wondering if he is now the new national team coach. I thought he was living in the states and owned a gym - Future Gymnastics Academy??? If this is true, why would Canada do something like this now when the team just came away with silver and bronze medals from Liverpool and so close to the Olympic games? It seems that the current national coaches are doing a good job and having success. I also know that there have been allegations made against him so I am surprised if this is true. Does anyone have more information on this?

I also know that there have been allegations made against him

Are these the elusive Gabby allegations, or different?

I think it’s still the allegations we talked about a year ago. The adult woman who he slapped on the ass.

He’s not currently suspended by USAG. USAG/SafeSport doesn’t announce investigations, nor do they give any updates unless it results in a suspension or permanently ineligible. So unless someone connected to it speaks to the media (or the gymnastics gossip grapevine), we have no idea what is going on.

The adult woman who he slapped on the ass.

Do we know the name of the slapee?

Just in case anyone is interested, USAG posts these lists online.

Those are really long lists. I suppose there are a lot of gyms in the US but was really not expecting to see so many people listed and suspended/restricted and ineligible.

Hmmmmm, the news of Gallardo at Elite Canada combined with the excerpts from the Independent Review of Gymnastics Canada makes me think maybe he is the new head coach. If so, sure seems like a terrible decision if the WAG athletes are already against him. 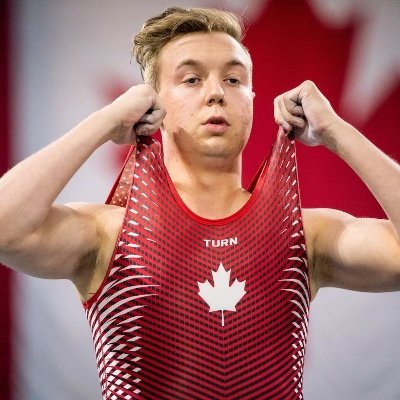 @theryansheehan_
Athletes were then given no opportunity as to who the new NT coach would be, and when *informally* announced, knew immediately of SafeSport concerns already in the public domain. https://t.co/q2pYnQJowC

@theryansheehan_
Ok so now GymCan is sending the guy that runs the org for this report confidential things that cannot be shared. But #IndependentReview, right? https://t.co/1DGkuzJgtm 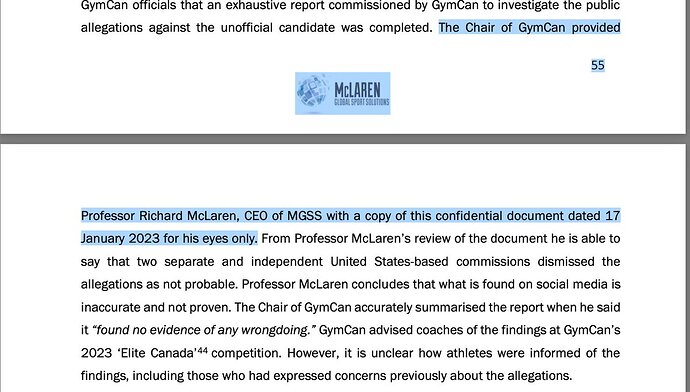 And then two minutes after I posted the above, someone else directed me to this tweet. So, yeah. Bad move, GymCan. 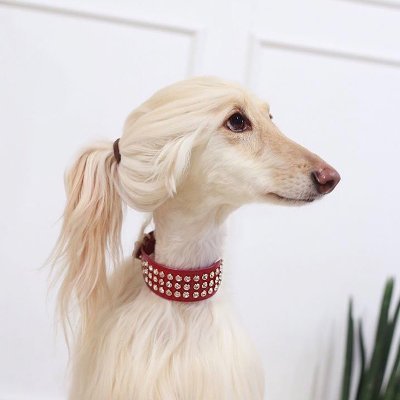 @Pamchenkova
Let’s just get the worst kept secret out in the open. The candidate in question is Christian Gallardo … https://t.co/Em5oMak3Z0

What is very disappointing is that Lauren Hopkins of The Gymternet was there (and I was told that she was conversing with Gallardo) but reported not a word about this. Was this a gag-order placed on her by Gymnastics Canada - in exchange for allowing her to be there on the floor?

I am very disappointed in this so-called journalistic integrity.

and this is a surprise to you ? I don’t find her reporting very accurate at the best of times.

This letter suggests that Gallardo has been hired: 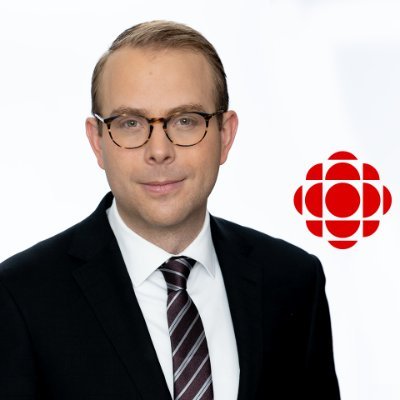 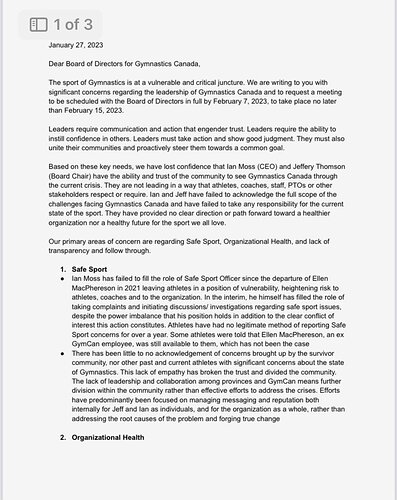 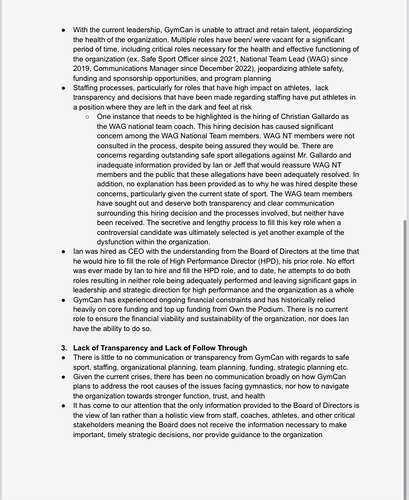 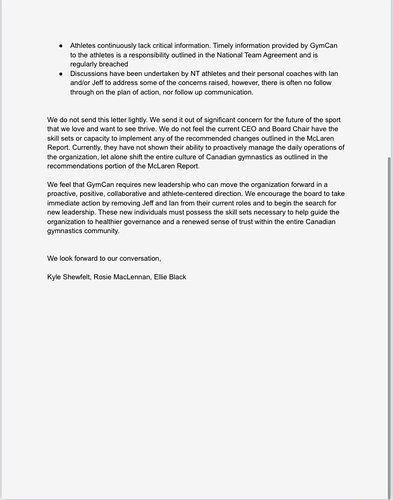 Well I had high hopes for Canada this quad. Guess that’s out the window.

Wow. There’s a lot going on in Canada right now!

Love that the athletes are speaking up, especially since Ellie is a current athlete and speaking up as well.
I just hope that there is no retaliation against her moving forward.

Given that Ellie is Canada’s star gymnast, any retaliation towards her would be obvious and egregious.

Yes, at this point she’s too important to be punished.