USA Gymnastics Inc. was hit with a suit in the District of New Jersey by a coach who says she was unfairly suspended from participating in amateur gymnastic competition for more than five years for allegedly verbally abusing athletes—including an... 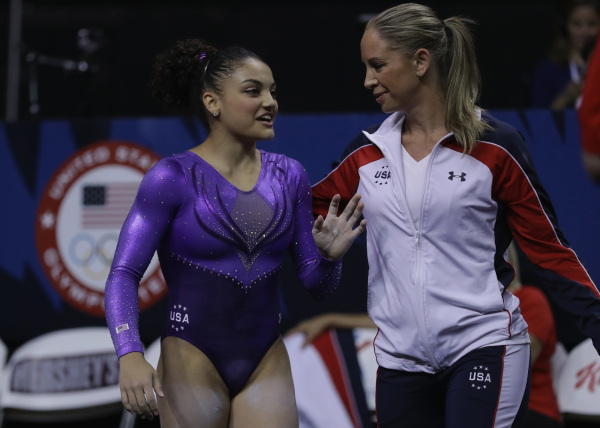 In this article they are quoted as saying “Never before (nor since) Ms. Haney’s case has USAG suspended a coach based solely on claims of alleged emotional harm, where there was not a single allegation of physical or sexual abuse,” the complaint alleges. — problem is…that is exactly what the Nyman case was. Emotional abuse. And nyman was also suspended. So that’s incorrect at best

Does forcing athletes to train injured not also count as physical abuse? I mean it’s not actual hitting and stuff, if that’s all she thinks physical abuse is, but it seems pretty abusive to someone’s physical being to me.

Riley sued her right? From what I recall this had a lot of physical abuse charges. Forced training when injured etc. What is the status of her suit?

And wasn’t there a claim that she refused to spot an athlete, and then the athlete fell and got seriously hurt.

So it wasn’t just emotional use (even though that is still abuse).

There was an article detailing a family’s claim that failure to spot a gymnast who fell and suffered skull fractures. The gymnast had seizures and residual migraine. It seems like physical consequences would not be discounted but maybe Haney’s lawyers hope to whittle her suspension down another few years by clouding the truth.

This is all the evidence they need against Haney.

The Complaint is a riot. It “shocks the conscience” that USAG suspended Maggie.

Someone told me nyman already tried (and failed) to sue USAG (or center for safesport…idk which or if both). Judge dismissed it I guess

So her whole claim is that other people have gotten away with abuse, therefore she should too?

that’s it in a nutshell lol

Any update on this?

And it was initially approved, but then subsequently denied.

And MG Elite is now registered in Haney’s mums name!

I guess it isn’t new that none of the adults in Haney’s life thought she did anything wrong. This really is just disgusting.

I’m half expecting Jeremy Kyle to rock up.