What do you think FIG would do

What do you think FIG would do

That’s the lutz right? I guess it might be even worse in the quads lol.

This is a good point and I hadn’t thought of that.

So the first up to 1/2 turn of that flip on the ice is technically correct- you want the foot to pass around and almost through the jump before you really take off. It’s one of the hardest things to learn in basic jump technique, honestly (it took me months, especially after drilling perfectly squared jump takeoffs in gymnastics). The fact that she goes past that initial 1/2 turn to almost 3/4 is an issue though. Frankly I don’t know how she does such a straight jump with that much rotation on takeoff. Usually that would dump you sideways in the jump, reduce height, and make your landing wonky, if you stood it up. Real pre-rotation in skating, beyond the 1/2 turn that is correct in jumps such as the toe loop and loop, is rare because it usually destroys the jump. Edit- also if that was supposed to be a Lutz and not a flip, her edge is all wrong. Lutz is a back outside edge in opposition to planned rotation. Flip is back inside.

I don’t know that it’s a Lutz sorry, I’m really not good at fs jumps. All i know it’s that it’s from her sp because of the costume and so it isn’t the triple Axel, and it isn’t a quad either. Whether it’s a triple flip or lutz i don’t know

I can usually tell the difference between a lutz and flip more based on the entrance than the edges because I find it too challenging to notice edges especially in real time and some skaters apparently switch at the last second. Flips, the skater starts forward does a half turn towards the leg that is forward than toe picks with the free leg. Lutzes nearly always starts backwards in the first place. I actually used to find it more challenging to figure out the difference between a flip and a toe loop because there’s two ways of doing a toe loop.

technically, it’s more a loop, no?

It’s probably her triple lutz. Remember that quads aren’t allowed in the short program. Kamila doesn’t even have a quad lutz, nor a quad flip. She has a triple axel, a quad toe, and a quad Salchow.

Honestly, I don’t think the judges give a crap about prerotation, so I watch figure skating the same way.

Yeah, it’s funny that it looks like almost the whole first turn is done on her picking toe. mix of gymnastics spin + jump finishing.

sorry yes! I knew it was a lutz from the outside edge but I mixed her up with trusova who does all the quads!

With a toe loop, the picking foot is the one on the outside of the rotation. The inside foot will cross around the outside during takeoff. With a flip, the picking foot is to the inside of the rotation. I know that’s probably hard to see too, but it is a way of differentiating. A toe loop is literally just a toe-assisted loop. A flip is actually a toe-assisted Salchow! Then you have the Lutz with its unusual counter-rotation, and the axel with its forward takeoff.

I don’t know if that helps at all, because I know it can still be hard to see, but I figured it couldn’t hurt to explain.

I did double check Kamila’s protocals from the short program, and she does both a flip and a Lutz. I figure the footage above has to be the flip. Even with a Lutz that changed edge, you’d see a skater at least try to hold the outside edge until they swerve it over at the last second.

I said I used to have trouble, not that I do anymore. My problem was that some skaters enter in a toe loop like a flip (turning towards the front leg) and take a step back to switch legs before toe-picking. Because solo toe loops are now rare, it’s mostly telling the difference between a quad toe and a quad flip.

Arthur Liu was a target of a Chinese spying operation sometime in 2021-2022. Alysa was approached by a stranger in the Olympic cafeteria who invited her to his apartment. This season is something else. 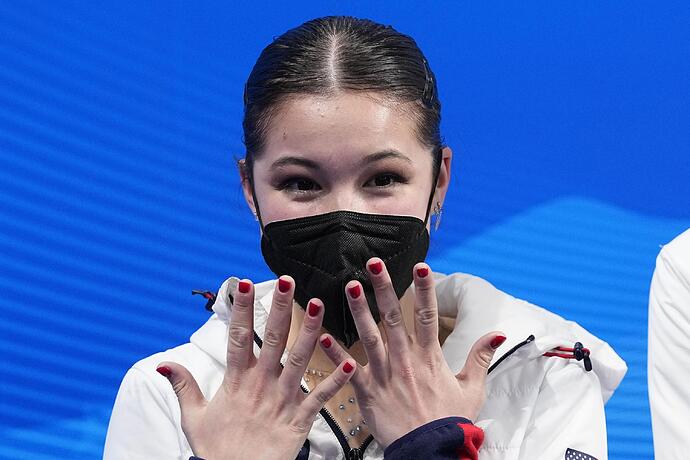 U.S. Olympic figure skater Alysa Liu and her father Arthur Liu — a former political refugee — were among those targeted in a spying operation that the Justice Department alleges was ordered by the Chinese government, the elder Liu says.

Anyone else just….doesn’t find this particularly shocking. I dunno

Oh, I’m not particularly shocked. It’s just a weird side-thing after the whole implosion that was those games on the women’s side

So it seems Russia will keep the Team Gold medal?
That news story has died out completely so I assume IOC ISU et al are going to let it fade away?

in light of everything that is sad