Yes, of all the actually racist things that go on in sport, she comes out with that nonsense claim instead.

Apparently the lab in Sweden was heavily impacted by COVID tests, thus the delay

It was a perfect storm for testing delays

I think the 3 main reasons given to let her skate were:

In my view, they didn’t sufficiently weigh the “irreparable harm” to the other competitors in allowing her to skate, and the consequences flowing from that. And also, the irreparable harm to the olympics. Surely harms must be weighed against each other.

Yes that racism claim was ridiculous. She got banned because she’s American (and, as a result, positive test suspensions aren’t sought out to get overturned) and an Adult.

Now, the fact that THC is on the Prohibited List - maaaaaybe you could argue there’s some legacy racism on there. But that’s not what Richardson was arguing.

Tch has been a discussion point for a while tho. Deferr lost his 2002 fx silver because of a joint too, i remember the whole marihuana discussion was a thing in some parts of the media back then.

I don’t like the marijuana rule, but it is what it is. It isn’t news to anyone that you need to abstain if you want to go to the Olympics. If Richardson were trying to campaign to have that lifted, I’m sure many of us would support her. And if she is, she’ll need better arguments than this.

And yy re this all being a perfect storm. The number of things that had to fall into place for this completely ridiculous situation to present itself. I genuinely had never considered what might happen with a backlog and a kid before. This has just not been a good few weeks to try and get anything pressing at all done in Europe.

Btw lemme come back with some RECEIPTS 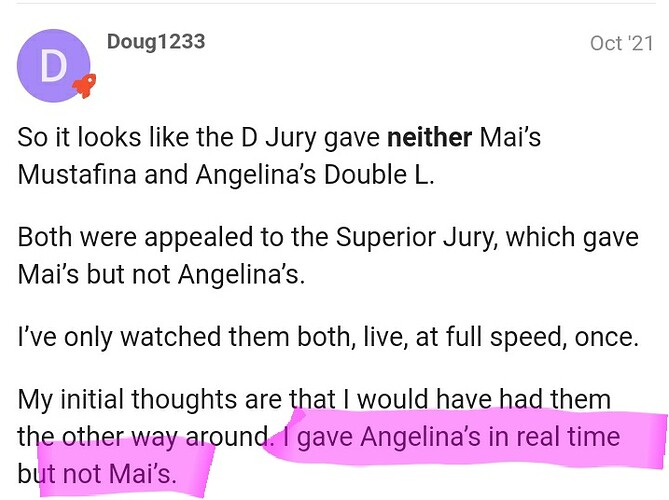 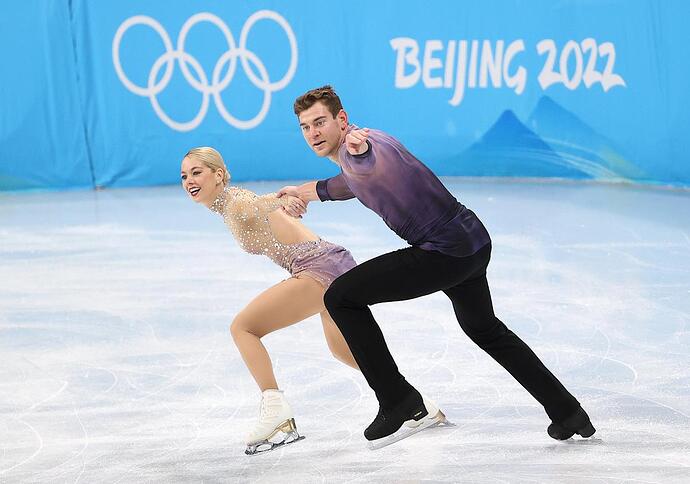 Heavy Young Heathens accused the skaters, along with NBC and U.S. Figure Skating, of using the song “House of the Rising Sun” without permission.

maybe the lawsuit is how they get more free publicity? (I personally found the music for that short program forgettable but liked their long program a lot)

I do think that I recall skaters who had used certain artists (like Prince and maybe Frank Sinatra) for show skates had the videos pulled from youtube.

Melnikova was saying the artist wanted a ridiculous sum of money for her floor music for the Olympics. The Russian fed said no, so that’s why they were forced to change her music.

I have trouble believing that marijuana gives an athletic advantage.

Melnikova was saying the artist wanted a ridiculous sum of money for her floor music for the Olympics. The Russian fed said no, so that’s why they were forced to change her music

Wasn’t she quoted saying she cried the first time she heard it? Little did she know how much she was going to love performing to that earbleed in tokyo, got her a medal every time

It doesn’t give an athletic advantage, Richardson admitted it gave her an emotional advantage. That is performing enhancing. It’s the same reason Simone has a TUE for ADHD medication, because they enhance her performance by improving her mental state.

If I’d known, I’d have paid it

I have trouble believing that marijuana gives an athletic advantage.

It absolutely does when you are using it to calm yourself down and helps you get your emotions in check.

People raised in the Soviet Union aren’t taught to express themselves?! What the hell? Valieva was born in 2006. Young people in Russia today have much the same lifestyles and interests as young people in the US. Have you seen her social media?!

Yes, repressive regimes are famous for promoting individual expression, like criticism of the government, not!

Never mind that the Soviet Union ceased to be 30 years ago.