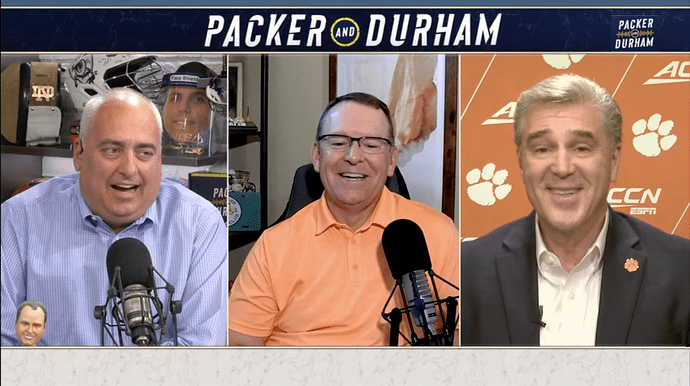 With the addition of gymnastics at Clemson, the ACC will once again have a conference and hold championships.

There currently are three ACC institutions that sponsor women’s gymnastics (North Carolina, NC State and Pitt), all of which currently compete in the East Atlantic Gymnastics League. With the addition of Clemson, the ACC will have four programs, the necessary number in the league’s sports operation code to host a conference championship. The ACC previously sponsored a conference championship in women’s gymnastics in 1984.

EAGL also still has UNH, unless something has changed recently

Oh thanks! I left them out on accident!

Interesting! I moved back to the west coast from the Pittsburgh, PA area, and went to a lot of their meets over 9 years (including some away). I also lived about 50 mi from Clemson at one point.

EAGL was always fun, but ACC would certainly be good prestigewise. I’ll be curious to see how this goes.

So it is being heavily rumored that the short list for Clemson head coach has Kyla Ross at the very top of their list.

We shall see what happens May 2022 when the head coach is named.

Ross seems like a perfect pick for the position as World and Olympic champion she has the star name. Plus she was an absolute star at the NCAA level. Also, Ross’ long term boyfriend Justin is the son of the Clemson baseball head coach.