Chusovitina will attempt to qualify to Paris 2024, would be her 9th Olympics!

Yes, it’s not even much of an ‘wouldn’t it be weird if’ at this point, is it? She’s looks like she’s at least going to attempt 2024, and her son is a grown man of an age where it wouldn’t be at all unusual for him to have a kid.

Geez, I remember seeing pictures of him as a weebit climbing over gym equipment. 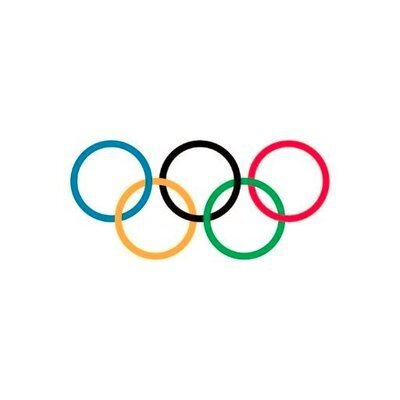 @Olympics
It's official: the@gymnastics queen is back. With the delay of the 2022 Asian Games, Oksana Chusovitina says she'll target@Paris2024 and her ninth Olympic Games. https://t.co/q2eB0lgoUQ

The video is well worth your time

It makes complete sense for her to continue, if she is healthy.
Even if she can’t qualify to Worlds via continentals, she is going to be right there with the World Cup. Based on how event rankings go, especially with vaulting, she is going to get a bid to the Olympics quite easily.

Can we hash out in this thread what the qualification paths are going to be for Paris and how that looks for her? I understand that the individual WAG options are:

Full team qualification isn’t realistic for Uzbekistan. The 13th to 15th ranked teams at 2023 worlds all get one non-nominative spot, which I think is in addition to any other qualifiers (so eg Mexico could finish 15th in team and get one, then Moreno qualify directly in the vault final, afaik). Probably we can also rule Uzbekistan out of that, unless anyone knows better?

I think Chussy is going to have to go for a world cup spot. I just don’t see any other path for her. As you noted, team isn’t realistic. Fairly sure top 14AA without a qualified team isn’t realistic these days, either (and thus eliminating that continental AA spot, too).

It’s going to be a lot harder for her to qualify to Paris than it was for Tokyo.

I would agree world cup spot looks the most doable option as things stand.

Applying these rules to 2019 worlds, she would’ve been in the chasing pack with those rules in 2019 had she not fallen. The 14th AAer after the various withdrawals was Farah Ann Abdul Hadi who got 49.898. Without Russia, Australia get the 12th team spot so the 14th individual is Mandy Mohamed with 48.831. Chusovitina got 48.433 with the fall, and usually people lose a couple of tenths on a fall aside from the point. However… she did fall, and that was a long time ago. I’m not sure she’s actually competed AA since then? Also can’t envisage her being the top AAer not from China or Japan at the Asian Games.

Or she is the EF that qualifies via VT finals in Antwerp.
She was 12th in Stuttgart with a fall on her 2nd vault. However, without that fall she likely would have qualified in 8th.

Steingruber was 9th in qualifications but got in due to AA and now she is retired.

Vault definitely appears to be the best event to attempt to qualify as a specialist. But yeah the 2024 World Cup is likely her best bet as she can easily place top 2 in vault. She already won the 2022 series. She doesn’t have much competition other than the two Slovenians (Kysselef and Belak) and maybbbbbe Ofir Netzer of Israel. Unless there are any newbies that come out as vault specialist from non- top tiered countries.

Makam’s New Olympic Qualification Rule:
Any athlete attempting to make their 4th (or more) Olympic Games automatically qualifies as long as they can compete up to a stated standard (then state the achievable standard) at a FIG judged event, no matter their eventual placement.

Vault definitely appears to be the best event to attempt to qualify as a specialist.

Not sure if that still holds now with the numbers that can qualify from each event equalised across the apparatus. Vault usually yields more potential individual qualifiers than the other three. In 2019 there were no gymnasts from unqualified teams in the bars and floor EFs, two in vault with Moreno having qualified as an AAer already, and one on floor with Saraiva already in through the AA too. Would’ve been none in any event other than vault if Brazil hadn’t tanked to an unusual level. I would feel more confident about Chusovitina’s ability to qualify through one of the EF routes if she were a bars specialist.

The last two Olympics running, we’ve had a situation where a genuine vault EF contender from a country that doesn’t send many athletes to the Olympics nearly missed out on qualifying: Chusovitina in Tokyo and Karmakar in Rio. Dipa actually wasn’t originally qualified to the test event at all, someone dropped out I think. I hope that doesn’t get worse this time round.

I was coming to say something similar. At this point, she should have a VIP pass for automatic qualification. I surely would not want to be that judge whose pen fails her to qualify for Paris.

I think if you did a survey of all gymnasts they would approve an automatic Chuso spot. It should just be a separate category now!

ETA: Thinking about it, why shouldnt there be X number of spots for gymnasts who are 30+? The FIG is very keen to ensure diversity of nationality (and I suppose, usually with that, comes racial diversity).

Why not of age too?

It’s probably happening anyway, without the need for a fixed spot. But I think it would be great to have one or two spots reserved for an older gymnast who hasn’t already qualified by other means. I don’t think many would argue against it.

That raises a very good point. Chusovitina is very good for the profile of the sport and the FIG. Of course, they can’t gift her a spot but they could tweak the criteria to make it a near certainty that she’ll make it

Isn’t there a minimum Continental quota?

Isn’t that what the Olympic spots qualified through continental championships facilitate? For WAG there is one AA for each continental competition in 2024. It may be that they don’t need it though. For comparison, Mandy Mohamed at 2019 worlds ended up as the 14th highest AA qualifier after various withdrawals, and it’s 14 AA from worlds this time round. The Egyptian programme seems to be on the up so it feels like a plausible possibility that they could qualify an AAer through that route.

Wasn’t there a bit of controversy with Berki making it to London? I have a vague memory of it, can anyone confirm? If they did it for him, I’m sure they could do it for Chuso.