Chusovitina will attempt to qualify to Paris 2024, would be her 9th Olympics! 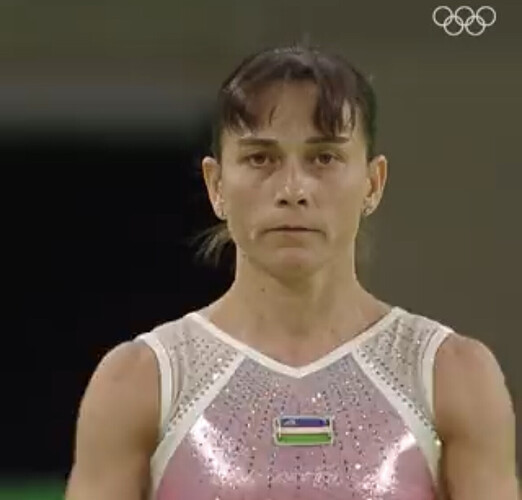 According to her instagram, she wants to go to the Asian Games in 2022 and win a medal there.

Welcome back to Instagram. Sign in to check out what your friends, family & interests have been capturing & sharing around the world.

I make that roughly eight and a half weeks she managed to stick that one for.

Lol who could have guessed

Is this the record for her longest retirement?

I just love her so much!

I just love her so much!

Think so! I half believed her this time.

It’s a shame she had the break just after Tokyo, although maybe she needed it. But this worlds would surely be the best chance she’d ever have of another global medal. Must be too late now, even if the FIG approved her as a late addition.

I do however have hope she might rock up for Liverpool next year. So going to that prelims session if she does!

And you just know that if she gets a medal in 2022 she will say “Oh well Paris is just two more years away!”

Just imagine if she asked the FIG to consider adding her as a late entrant to these worlds, watered down because of the training break and then rocked a piked barani and an FTT. The gymternet would be absolutely out of control.

I feel like I read somewhere (wish I could remember where to check) that they’d reopened nominations so there’s hope! Perhaps that’s why we still have no nominative roster. At this rate most team announcements will beat FIG.

Spencer just said on BTS that the second nominative registration period ends on the 4th.

I feel like I read somewhere (wish I could remember where to check) that they’d reopened nominations so there’s hope! Perhaps that’s why we still have no nominative roster. At this rate most team announcements will beat FIG.

Probably both. But were it purely financial, I don’t think she’d have said she’s retiring. She’s made a good living from the World Cup circuit, whilst she’s still physically able, it would be foolish not to take advantage

Do they really make a good living though?

To what extent does the prize money simply just cover her expenses?

Yes. Living costs in Uzbekistan is very low, she doesn’t pay to train and the federation usually pays her travel and accommodation

Bet you any money she could’ve landed a full this week at worlds.

We so rarely see hop to L in WAG.

Chuso has elements named on all apparatus but beam, right?

Chuso has elements named on all apparatus but beam, right?

Instagram footage of her training a Yeo onto mats. Can’t tell if there’s a pit below there or not.

Gets a little spot in the preflight, but it’s round!