Can we talk about Carly for a minute? I clearly remember GGMB banning people from talking about her so I was always afraid to bring her up. But I actually loved her. She took some heat for being “robotic” at times, but I loved how simple she made things look and that she was light on her feet. Her beam is still one of my favorites.

I always thought she was just ok, kinda boring but definitely the rightful winner in 04 though. She took out all of her super hard skills on beam(and I do think she should have won beam in 04). I agree that she looked so light on beam.

Yeah, I was definitely banned at least once from GGMB just because she was my favorite. I loved her calmness on beam and I thought her floor routine from 2003-2004 was fun and funky. Her floor music was a song that my dad loves.

I was not a huge fan - although she deserved the win, I thought her 04 routines were rather boring.

I suppose that because her senior international elite career at major events was just 11 months that she didn’t really stay around long enough to make a big impression. Then she disappeared for a long period and didn’t do anything gymnastics related because she tried to pursue a singing career.

I thought her choreography was great but she didn’t express it to its full potential. Her tumbling was so smooth and her landings so patient though.

Yeah, I do agree that her tendency to be calm kinda suppressed her ability to express herself during floor routines.

I suppose that because her senior international elite career at major events was just 11 months that she didn’t really stay around long enough to make a big impression. Then she disappeared for a long period and didn’t do anything gymnastics related because she tried to pursue a singing career.

Well not quite, as a junior she did compete with seniors in 2001 at the Goodwill Games and would have won the all around had she not had the 7.1 meltdown on floor exercise.

Yy, she was a deserving and extremely boring winner. There’s not a great deal more to say than that.

She was very boring, but I think she’d have been less boring in the open ended era and if she’d had the time to mature as a performer. Ponor is a good example of this, for the first few years of her senior career I found her routines very boring but her later routines were so much better.

She deserved the AA win (I had Sveta in 4th, Pavlova 2nd and Zhang 3rd, when i judged it I recall) and I would have put her behind Ponor for beam.

She was underrated on bars. The floor was very Carey-esque. Clean but robotic.

I don’t really think about her that much. She’s not an Olympic AA champion for the ages, certainly.

Carly’s DTY was weak and her FX was awkward and hollow. That said, I did appreciate her UB sequence for the time + for somebody who wasn’t supposed to be a natural there, and that BB dismount combo was absolute fucking fire. A top technical moment of the sport, regardless of her big picture impact (or lack thereof).

I think the Code was just garbage and a lot of people messed up, and I’m not sure who a more worthy winner would have been. A Ukraine edit that is improbable as it is scary? Khorkina winning that day with what she should would have been funny, I guess, but mostly indefensible and gross.

That code on floor was TOTAL garbage.

What strikes me as more crazy is simply how few gymnasts failed to completely rinse the ability to accumulate bonus with dance elements.

And you could be a quarter short on everything!

Yes, aside from the beam dismount which was and will forever be fantastic, I appreciate the cleverness of it rather than anything else. It’s more ah, that was an intelligent skill choice, rather than ohhhh what amazing gymnastics.

I disagree.
Patterson was inconsistent on VT, but her DTY wasn’t weak. She also had a major elbow injury in 2003 that hampered her vaulting.

Patterson was the 3rd highest score in qualifications in Athens.

I don’t have anything to add that hasn’t already been said regarding her gymnastics. So let’s remember her brief music career too. 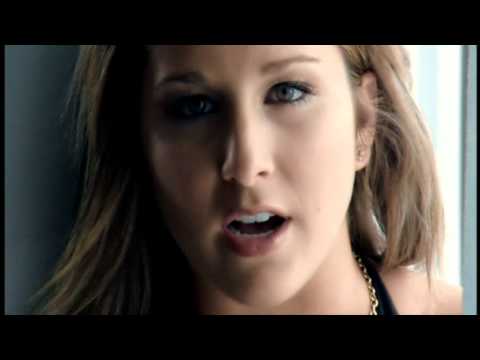 I loved her RO-FF into the Patterson. The actual dismount was secondary to watching her just unleash all that power from a stand.

I liked her floor in 2003 but it seemed like she got too old for that style in 2004. There was a self-consciousness there that hadn’t been there before. I give her a lot more artistic merit than Carey, though. Carly had at least a little bit of choreography and wasn’t completely timid.

Her DTY was still not particularly good, though. That’s just about the best one she ever did, not at all typical of what she was usually showing in 04, and even then she required mistakes from better vaulters to get the joint 3rd highest individual score in prelims. Obviously the elbow injury probably played a big part there, and uninjured she might have been capable of much better, but then that would also be true of a great many of the gymnasts she competed alongside.

It’s an interesting point about the change in her floor between 03 and 04. She did sell it a lot better when she was younger. That, coupled with the way her musical efforts went afterwards makes me agree with @cats she’d probably outgrown it.

eta- the DTYs Carly did in TFs and the AA were two of the lower scoring hit DTYs in Athens. The ones scoring lower were generally splatted or very badly landed. It’s sort of a misnomer though because just doing a DTY in 04 made you quite a strong vaulter at minimum.

It was mostly because she was hampered by the elbow injury. She was a strong vaulter prior to that. Her handspring front pike half was brilliant. Too bad the injury limited her on vault, we could have seen a DTY and a Podkopayeva from her.

It’s definitely a shame, I just think if we’re going to factor in injuries we have to do it for everyone. So a healthy Annia Hatch would potentially have been throwing an Amanar in Athens for example, and outscored Carly and Sveta’s 9.512. If Khorkina hadn’t been held together with string by then she’d probably have been better at beam and floor, Memmel could have been an AA medal challenger too, etc etc.