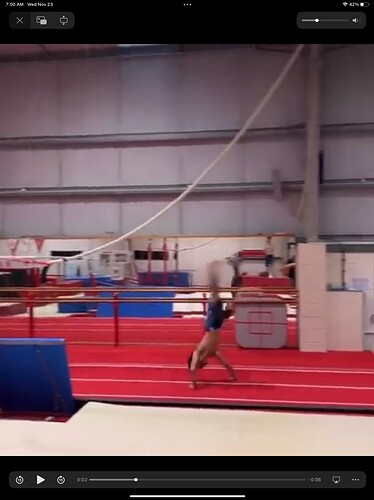 I didn’t even catch that. good eyes.

That’s what I meant, the wide armed, staggered hands bhs, I’ve never seen anyone stagger one arm in front of the other on a bhs to set up a twist,

I think a good number of gymnasts used to stagger their arms on bhs in prep for twisting. Here’s Gnauck in 1980. Unbelievable how closed her shoulder angle was. The hand she twisted towards was is stretched further away from her on the floor. By 1985, her hands were no longer staggered and her shoulder angle improved, but her arms bent more 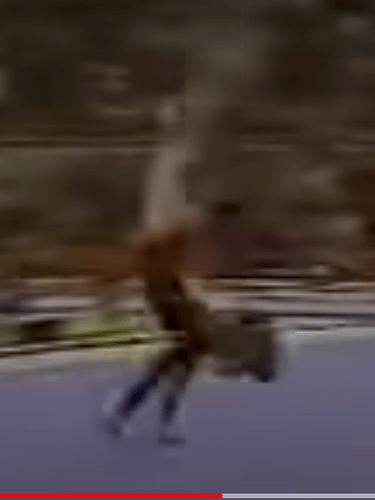 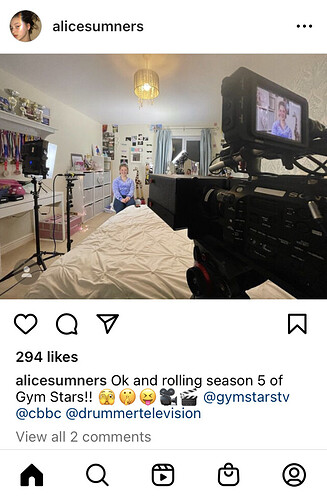 Looks like another series of Gym Stars is on the way and unfortunately, Alice Sumners is still in it

Looks like another series of Gym Stars is on the way and unfortunately, Alice Sumners is still in it

What is the backstory here?

Why is it unfortunate that she’s still in it? I’ve never seen the show and don’t really know who she is.

Oh she’s just extremely annoying. She’s retired now but she’s coaching so I guess they are going to follow her doing that

wow… no idea how feasible on a real floor but still…

I seen a triple double on occasion, but don’t recall a quad double.

She is choreographing routines I think. She is very annoying. They tried to make her a thing last series to replace the loss of Amelie and Phoebe. It doens’t work. The whole series needs to stop now. There are too many links in it to coaches that are under a shadow. It is uncomfortable.

Even without that shadow, they just aren’t following young up and coming talent other than the Birmingham boys. And for an unexplained reason they lost the acro gymnasts, who were also at international level.

I think some of the acro coaches were being investigated so they had to drop them.

I agree all that following the little boy and his ‘girlfriend’ on dates was horrendous. They should be following the top juniors in each field but I think they were trying to show what more ‘normal’ gymnasts look like. The whole series was awful.

Agreed about Alice’s choreography it is terrible.

Not aware of the acro coaches being investigated. But Liz Kincaid was and they continued to feature the academy

The acro club featured is King Edwards if you google you can see there have been investigations into coaches there.
The Academy was still featured but they cut Liz Kincaid out of all the footage they shot the last series leading up to the Olympics. She didn’t retire until the Olympics. She was still listed as the coach going with the team up to just before they went.

Jessica is hoping to upgrade her vault and improve her bars next year https://www.intlgymnast.com/interviews/world-champion-jessica-gadirova-the-possibilities-to-improve-are-endless/

The circumstances are aligning for more medals for her.

I hope its a Cheng and not an Amanar.