The gall they have is astounding. 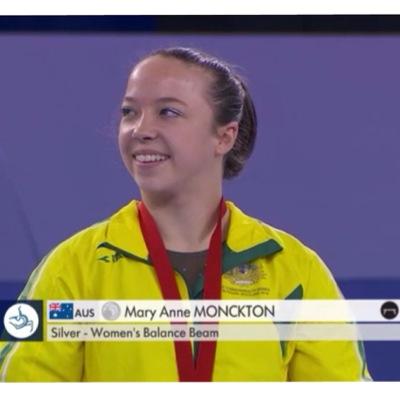 It is just insulting. To pretend that they haven’t contributed to her retirement is ridiculous. Acting all proud when they put her through it is astounding.

The gall they have is astounding.

BG were pretty much damned if they did, damned if they didn’t with that one. But that’s their own fault entirely, so let’s enjoy guilt free. It’ll probably end up forming the basis for the next victim complex email one of them unwisely sends anyway.

Yeah, can you imagine if they didn’t put out something. For arguably one of their best athletes in history.

It was pretty obvious that BG was putting all their eggs in the Gadirova basket as the new hotness while Ellie was considered old and busted. I didn’t listen to the podcast but if she feels like there is more gymnastics in her, its too bad she can’t change countries (or doesn’t want to). I’d bet Canada or Australia would find a place on their teams for her vaulting alone. And that is even if she had to pull back difficulty. Ellie Black…Ellie Downie…if we could get mELanie DJDS to join, we’d be going somewhere…

Yes they did need to post something. I think most people found their choice of words Let’s show some love for Ellie to be a slap in the face after their behaviour. They should have stuck to a more formal vibe. Something recognising her achievements and wishing her a happy retirement.

The email is just something else.

Let’s show some love for Ellie to be a slap in the face after their behaviour.

I have no issue with “let’s show some love for Ellie”.

Not even arguably, really. She’s had an incredible career, particularly when a combination of covid, injury, a federation who clearly wanted her to go away and potentially the impact of bereavement robbed her of the last three years of it. Ellie is GBs only European AA champion, a massive part of the first worlds medal winning team, GBs sole world vault medallist and one of only half a dozen to have ever won a global individual medal. There’s no possible list of the best British WAGs that doesn’t have her very near the top.

Time to get working on our ranked lists methinks.

Not even arguably, really.

I think the only other “arguable” is Tweddle. And, come to think of it, maybe even Jess Gadirova…

If we’re just counting Olympic and world medals, Jessica beats Ellie, and so does Becky.
If you add Europeans in, it depends if you give more weight overall to Golds or not:

Yes. And I would.

And AA gold much higher than EF gold.

And those are the easier questions. Where it gets really complicated is longevity and relative success of the programme at the time. So for example Beth had to serve her time for years before anything ever went her way, whereas that’s not true of Jess. Every 50/50 call went against her, for ages. However it’s probably going to be harder for someone who started out recently to be making GB senior teams for over a decade than it was for Beth and Becky, in terms of competition.

Beth’s number one however you slice it, obviously, but there are some interesting questions to be raised over the ranking order for the next tier.

Beth had to serve her time for years before anything ever went her way, whereas that’s not true of Jess. Every 50/50 call went against her, for ages.

Agreed. It was a frustrating time, especially when added to her injury record. Pulling out of 2005 FX EF to preserve herself for 2006 CWG (where she eventually got injured in training and couldn’t compete) was one memory that sticks out. The other thing about Beth is that she had to compete against the exceptional Khorkina when she was making a name for herself on bars. An IG meet report once said something like “once again she found herself on the podium looking up at one of the best ever bar workers”. I’ve always wondered if winning a few more golds rather than silvers at world cups, or becoming European champion at 2004 Euros, might have seen her squeeze into the Athens bar final.

I had a go at ranking GB WAGs using a mix of results and intangibles. I’m only going from 96 onwards though because I know nothing about British gymnasts before then. I agree with the above arguments, the top two are clear.

Hopefully I haven’t made a really embarrassing omission. I need to think about this some more. There are good arguments to move Whelan above Tinkler. Weighing up a multi-quad effort against such a short career is tough. Harrold is quite an underrated gymnast, I’d forgotten how well she did in the AA over the years. Mason vs Reeder is also tricky; the former had better results but the latter made two Olympics and probably had a tougher time breaking through.

I don’t know where to put Jennifer Gadirova on here. Olympic and world FX finalist plus Olympic team bronze and worlds team silver definitely goes somewhere, but where?

Morgan is another individual European medalist and of course a member of the Olympic bronze winning team…but her senior career was so short that I still feel like she’s made less of an impact than others on this list with weaker results.

I would include Catherine Lyons in there… despite the lack of senior international competition.

I think Lisa’s achievements would justify a higher position. She was around in an incredibly competitive era at a time when being a GB gymnast was harder than it is now, and is another one who never got the luck. Her 4th place in 98 Euros involved beating Furnon and Severino, both legends of the sport in their own right. She didn’t miss the beam final in Sydney by much either, which was huge for GB at the time, and is another situation where one wonders if that routine done by a bigger name would’ve scored higher.

I agree. It was considerably harder to compete against the bigger names in the 10 era. Look how Beth’s fortunes changed with the open ended code

Also isn’t Lisa’s first reserve still the best British Olympic finish on beam? I forget if anyone’s made a worlds final though.