This is supposed to be happening tomorrow, and while the women have had to be delayed due to Becky’s bereavement, afaik the men will still be announced as planned. We did have some MAG discussion in the GB WAG thread, but I think it got lost in there.

Here are the scores from the various selection events. Obviously we all saw Euros too, but I don’t think anything that happened there was particularly significant.

Most of us seemed to think the obvious team is Whitlock, Fraser, Hall and Regini-Moran. They’re not leaving Max at home because GB simply aren’t in a position to omit someone who’s likely to medal if they hit and may well win gold. That means the other three have to do a lot of heavy lifting on the other events, you need AAers. Joe is a world champion and was 8th AA in 2019 and the other two have been looking the strongest lately. Can’t see any room for Courtney here, but they’ll need him for worlds.

I should also mention that it is now traditional for disappointed GB MAG to take to social media to voice their displeasure, so worth keeping our communal eyes on there. The British have been world leading when it comes to catfights on twitter, and while the women have taken the lead in recent weeks, the men have the pedigree. Beefing isn’t necessarily limited to those competing either: we saw Louis Smith throw in a sly dig at Max Whitlock a full two years after his own last competitive outing, so I think we can legitimately have high hopes for something undignified.

Well I think all the athletes know already, right? The appeals process should be finished by today.

Dom seemed to post an “I tried my hardest and I’m happy” post on IG a bit ago.

I’d be very surprised if it wasn’t max, james, joe and Giarnni.

Yes, not expecting any upsets- will be quite shocked if the team is anything other than those four.

Yeah they got notified on I think the 11th and the delay was for the appeals process to play out.

I could see that. Announcement is 2pm today I’ve read.

One hour to go! I’m travelling all afternoon so if there’s anything juicy someone precis it please.

No mention of alternate(s). Over 600 people were watching at the peak and they did ~15 minutes of interviews with James, Giarni and Joe after the announcement. The highlight was probably James saying the first time he met GRM he shut his foot in a door! Max was not present (they were at Lilleshall) so that was a bit of an elephant in the gym. They zoomed in on his poster at one point which made me laugh. Another gym fan said he was at a school visit. I’m kinda surprised they didn’t make this presser compulsory.

As we expected. There was really no other permutation.

Who will be alternate now that Bevan is out? Cunningham? or one of the all arounders at Euros? Jake Jarman or Joshua Nathan?

They’d have to have an AA gymnast, surely. I’d say they are much of a muchness.

Dom’s put out a video on YouTube. I feel bad for him, he’s clearly devastated: 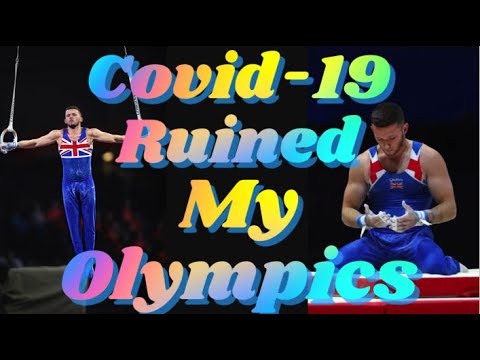 Not sure that Covid ruined his Olympics as much as it being a 4 person team eliminated his chances since Max Whitlock was going and Dom isn’t an all around athlete, correct?

I think he’s going to be one of many devastated athletes burned by the four person team.

ETA
I’m really glad he wants to keep going, worlds plus a home CWG and home worlds within 18 months should give him lots of opportunities.

As Arnold Rimmer has said above - the Brits lead the Gymternet in Twitter spats and rants and cryptic observations … which surprises me a lot.

Princess Louis seemed to start this trend throwing shade about BG left right and centre for a number of years.

This seems such an un-British thing to do!

I just can’t imagine a US MAG making a nearly 12 minute you tube video bemoaning not being selected for the Olympics.

I think Dom is upset because he probably would have been in the Top 4 if Tokyo had occurred in 2020.

But he put on a lot of weight over lockdown and struggled to shift it.

I noticed he, on several occasions, was talking about "I didn’t go on motorbikes and go out drinking etc was this a dig at one of the other guys?

This seems such an un-British thing to do!

Yeah, pretty antithetical to the “stiff upper lip” we associate with the brits.