The AHRC released its report today on gymnastics practices in Australia following several weeks of patchy media coverage on major news outlets. It was commissioned to create this report by GA, who wanted an independent investigation.

Depressingly but unsurprisingly, the findings are extremely grim, detailing abuse of all kinds and widespread eating disorders; those in charge appear to have either known, understood, or cared little about what was wrong and how to fix it.

I’m not sure there’s much for us to discuss here, but I want to acknowledge the findings, especially as there has been so much coverage of the U.S. and UK situations.

My very best wishes to gymnasts who suffered and are still suffering from their mistreatment.

I think Australian gymnasts have accomplished so much and don’t get enough praise. And Australia found a way to participate in international sport without wasting public funds. I’m glad both our countries are confronting our facilitation of abuse. I hope we can improve further and make gymnastics a safe and fun sport.

Related: I just read the letter from Liddick to Sarah Lauren. Horrifying. Somehow it’s simultaneously unbelievable and completely believable. I always wondered what happened to her, I’m glad she was able to make a decision that she was happy with.

Peggy has always been a festering turd of a human being.

That letter is just…what adult thinks that was remotely okay to write to a 15 year old?

I’ve been down the rabbit hole today reading tons of articles from the last year from Aussie media, and I had no idea how many Australian WAGs were speaking out. Reading their stories was almost traumatic, it was overwhelming. And I was just reading, I didn’t have to endure the abuse daily for a decade or more, and in some cases suffer horrific injuries that were waved away and ended careers. Every one of them is unimaginably strong. 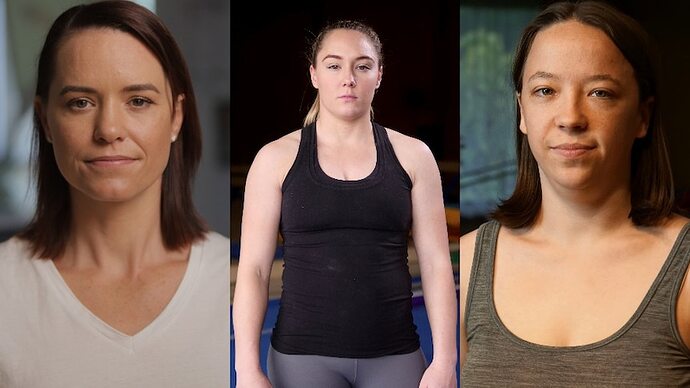 After a damning report into the 'toxic' culture in gymnastics, these former...

Former athletes-turned-coaches are turning the heat on administrators, demanding the sport abandon the theory that talented girls need to be controlled by fear to be the best in the world.

Mary-Anne Monckton, Emily Little, and Kirsty-Leigh Brown have added their voices. I didn’t realise Little retired after breaking her neck at nationals.

Me neither. That’s horrifying.

If what she has said there is accurate, there are some people who frankly deserve to be in prison. I’m not commenting on the law, as I don’t know it, but from an ethical perspective. They could’ve cost Emily her mobility.

The Australian National Sports Tribunal has made their decision regarding Peggy Liddick. The short version is Gymnastics Australia and Sports Integrity Australia made the decision to suspend her (for a whopping 3 months) based on a complaint filed by Georgia Bonora. Liddick appealed, and the NST just released their findings. I think the suspensions is a slap on the wrist, frankly, but part of Liddick’s punishment is

Although, frankly, given the letter Liddick wrote to Sarah Lauren, I don’t understand how she isn’t banned for life.

That letter was mesmerising, for all the wrong reasons.

I actually went into it with some sympathy for the feelings of disappointment a coach might have in that situation. Obviously it’s not the job to go into if you can’t cope with any part of your professional goals depending on an adolescent, but I’m sure there are situations when a coach feels sadness at what might have been, and that’s not inherently unreasonable. However, if you’re a power hungry arsehole that does not apply.

I think many who watched Sarah at the 2002 CWG were taken aback by her retirement. She really was a standout gymnast and only turning 15 as well.

I think sometimes we forget not every gymnasts’ goals are what others want.

Threatening to lock an athlete in her room and feed them only peas and carrots if they didn’t follow her diet plan is frightening and absolute abuse.

Threatening to lock a child in her room for any reason is abuse.

I very clearly remember an interview for 2012, where Peggy stated that the team had no chances at team finals or a medal, so she was picking athletes that would be consistent enough to help set up Lauren Mitchell, who was the only one that could make finals and could potentially medal.

If she shared that in a public interview I can only imagine what kind of sarcastic and demeaning remarks were used behind closed doors. 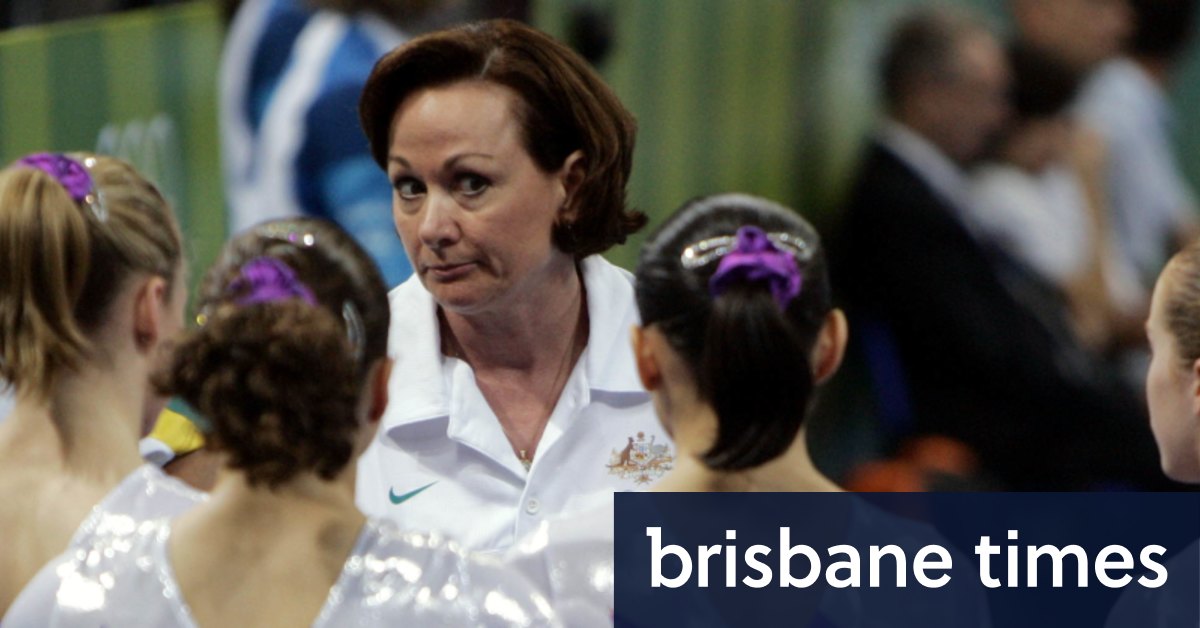 The tribunal finding against Peggy Liddick directly links the culture problems in Australian gymnastics to its long-serving national coach.

Yes, that’s an arguably legitimate strategy but that’s not a sensible way to phrase it.

Right, something along the lines of: “We know we won’t win a team medal as we don’t have the vaulting prowess of the Americans, the bars difficulty of the Russians, the D scores on beam like China, and the tumbling combinations of the Romanias.
So our strategy on picking the team is to go with consistent clean routines that can build up for Lauren Mitchell to anchor us, since she has 3 World championships medals including gold on floor, she has earned the right to go last and have the best chance at qualifying for vent finals and hopefully winning a medal. If everyone has a good day and other teams have some issues, making team finals would be a victory for this team”

Not to drag this back up, but I just watched the video of Emily Little’s floor fall. It looked like she got lost in the air. Does anyone know what she was attempting? I’m just curious I couldn’t tell in the video. She’s so, so lucky she can still walk despite the horrendous immediate care she received.

Not to drag this back up, but I just watched the video of Emily Little’s floor fall. It looked like she got lost in the air. Does anyone know what she was attempting? I’m just curious I couldn’t tell in the video. She’s so, so lucky she can still walk despite the horrendous immediate care she received.

can you link the video…I vaguely remember the routine. 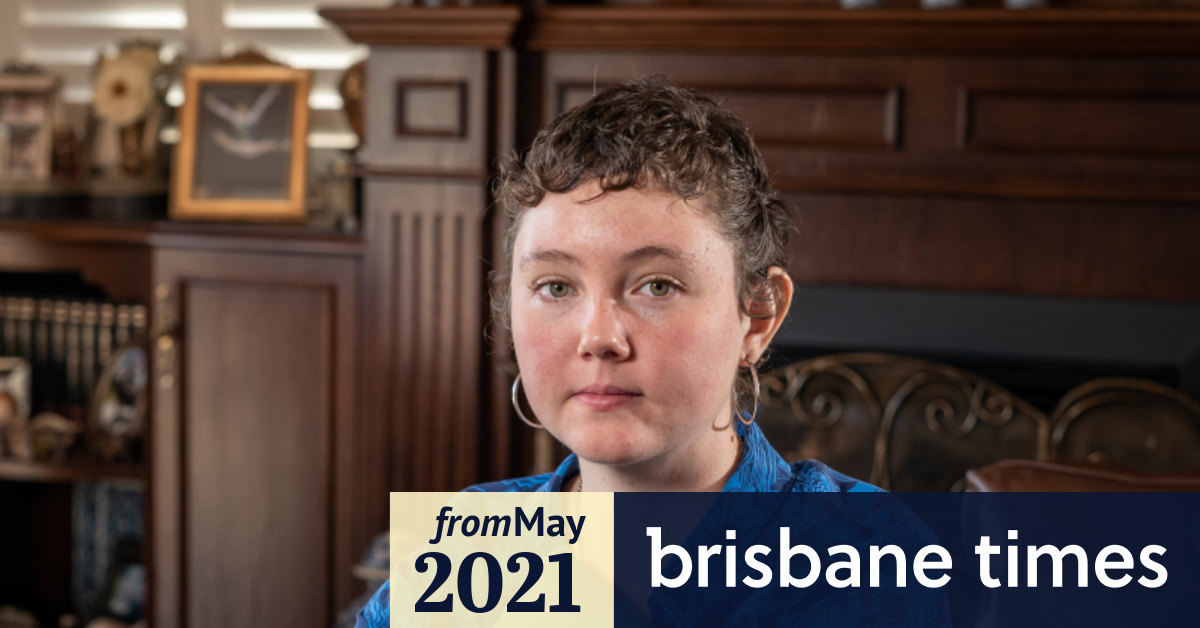 Cruel game: Former gymnasts open up on culture of fear and control

A letter written to a gymnast by former national women’s coach Peggy Liddick shows how teenage girls were treated in the pursuit of Olympic glory.

I can’t bear to watch it again - was it a Moors attempt?