Are the men's judges coming after Heath Thorpe?

I have been concerned about Heath Thorpe. He’s not only openly gay, but also intentionally “visible”, which is something gymnastics needs, given how (internally) homophobic it historically has been.

The men’s technical committee rejected his submission of a dance element on floor. I actually think he made a mistake submitting it with the landing on the knee — it would have been better to submit a Straddle jump full and a Straddle jump 1.5 and see what they did with that. But the MTC still could have handled this differently, and it really pisses me off. It’s also a point of contention I have with some close friends, who want to keep dance elements out of men’s floor. 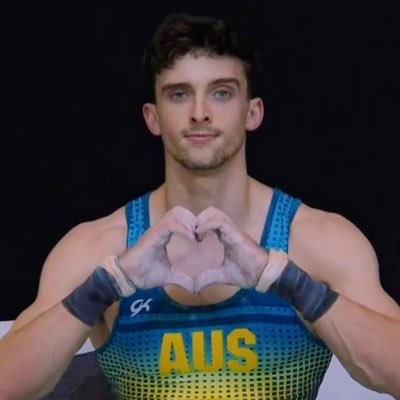 @thorpeheath
Let’s make 2022 the year that we get this submitted https://t.co/d3SCRkWEpV

Yes, yes, there are errors — he’s way past handstand on the endo full, and there are little errors like the finishing position of the the Jam and half Tak and the arm bend on the piked stalder and the dismount landing. But 1.7 off for that? What the hell? Where are those deductions?!

Do you think they would Single him out? I mean, it wouldn’t be the first clean routine where we don’t get the deductions…

The FIG is a very international body and let me tell you, that dance element isn’t “feminine” in 95% of the world.

I think the issue is the landing on the knee and any WAG submitting a similar element would face the same issue. As far as the FIG are concerned, knee landings are only a thing in acrobatics. I’m not sure why or how they should have handled it differently.

I have no useful input regarding the matter. I just want to say LOVING IT. It would actually peak my interest to watch men’s floor if the aesthetics were more like this.

Agree, he definitely won’t be the first (nor the last) on both the women’s and the men’s side. It’s actually way too common and especially for gymnasts on non power house teams.

That being said, I’m disappointed about rejecting the dance elements as well. He said he’ll keep pushing it and I hope with that he follows your “land on your feet first” advice. Don’t give them an extra excuse.

I really love Heath and his gymnastics and I feel like a lot of gymnasts on the MAG side embrace him (really hope I’m right). I hope he continues to make world teams and is able to show his beautiful skills.

Is this why we don’t have the prod on floor (split 1/1 to OMG DOES THAT NOT HURT)?

It doesn’t hurt as much as it looks

I think that flight elements landing in splits have additional opportunities to hurt people with testicles, but the MAG code used to give a letter upgrade for elements like a back full to splits! They removed those elements a couple years ago.

@MaryClare I am not suggesting the element is feminine. I am suggesting that the MTC (and others in the men’s gymn community) don’t want dance elements in floor exercise.

If the mens technical committee don’t want the sport to go down the route of dance elements, then that is their decision. But why would they have it in for a gymnast who submits one?

I really don’t see what the issue is? Certainly the prospect of having dance elements in MAG is worthy of consideration, but it would be a fairly significant decision for the TC to take so I don’t think their present stance of dance elements being “kept out” can be considered in any way controversial

He is absolutely 100% openly gay Denn!

I am suggesting that the MTC (and others in the men’s gymn community) don’t want dance elements in floor exercise.

Why is this “homophobic”?

I think the issue is the landing on the knee and any WAG submitting a similar element would face the same issue.

What about Produnova’s leap landing in split? Is it evaluated as a regular split full?

Is this why we don’t have the prod on floor (split 1/1 to OMG DOES THAT NOT HURT)?

Haha we thought of the same thing!

Is it still in the COP?

Is it still in the COP? 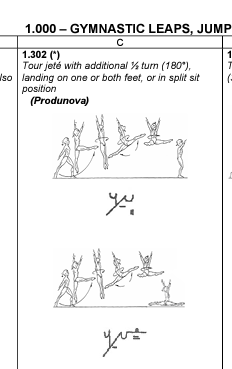 For some reason I thought it had been removed. I guess for WAG floor there is a more of a precedent due to the Shushunova family of jumps. I don’t think that with current direction that the WTC would accept a dance element that landed on the knee though.

I’m surprised we haven’t seen more of the Straight Jump 2/1.

I wonder how much a figure skating jump on floor would count.

I have been concerned about Heath Thorpe. He’s not openly gay, but also intentionally “visible”, which is something gymnastics needs, given how (internally) homophobic it historically has been.

Maybe it’s just me, but I always found it easier to do twisting tuck jumps than twisting straight jumps (at higher numbers of twists). I’m surprised that the wolf would be 2 letters higher though!