In an interview with Inside Gymnastics Aleah says she will no longer compete for USA but there have been talks about her continuing elite and representing Philippines instead. So stay tuned to find out more about her switching nationalities.

@InsideGym
Aleah Finnegan competing for the Philippines sure sounds amazing! 👀 Stay tuned for her interview coming soon to Inside Gymnastics Magazine & InsideGym.com! Subscribe now at ShopInsideNation.com & use code INSIDER at checkout for 15% off a 3-year subscription! https://t.co/U4akatAwZr

Obviously, if she returned to her elite form/routines, she could make it to Paris as an individual.

Sounds like a good option for her and them. I remember Lizzy LeDuc from WOGA doing the same at 2015 worlds, she didn’t qualify to the Olympics though.

I hope she enjoys it and finds the international success she is looking for. She has done a lot of really cool stuff in the gym that I would love to see make it to a competition floor.

Aleah Finnegan is on the nominative roster for Philippines at the Southeast Asian Games. 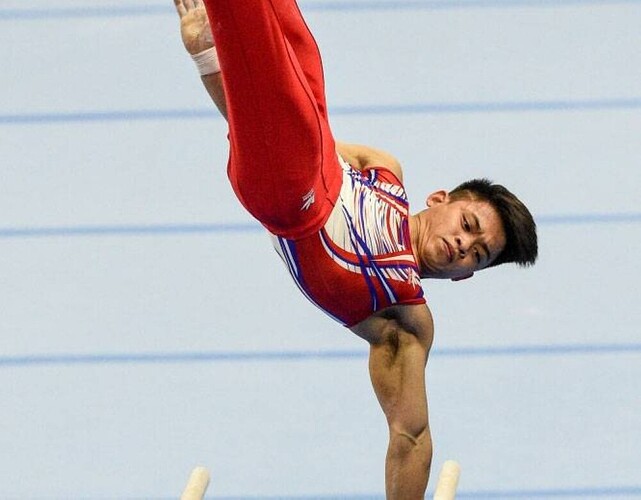 THE Gymnastics Association of the Philippines will send 28 athletes to the 31st Southeast Asian (SEA) Games, which is scheduled from May 12 to 23 in Hanoi, Vietnam.Led by world...

I wonder if Sarah ever considered this? I think she ended up injured in 2013 but she could have won a lot internationally in 2013/2014 before heading to college, without any of the pressure of attending camps/team selection etc

Sarah was an Olympian (alternate) and had a successful run toward London even if she came up short.

Where as Aleah was (sort of) snubbed by USAG and and had her Olympic quest cut short. Aleah was never really in contention for Tokyo given the depth but she never got the opportunity.

I think she realized USAG doesn’t give a crap whether she compete for them or not and competing for Philippines is a clear shot to Worlds and maybe even the Olympics. She can do her NCAA difficulty and it will be enough for PHI. Qualifying to Olympics will be harder and she’ll need more difficulty. But given it would be as an individual she has a better chance than she would trying to go for US.

I’ll see of I can find the article, but Sarah was extremely burned out after London and wasn’t sure she even wanted to continue on to NCAA initially. 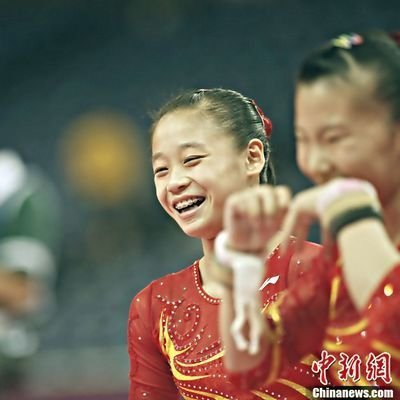 Malaysia reporters not happy because Aleah competing for Philippines will make it “harder” for Malaysia to win medals.

Malaysia took home 4 out of 5 golds at the 2019 SEA games (no team event). They are also the reigning team gold medalists from 2017.

Competition begins May 13th with MAG team and all around finals. 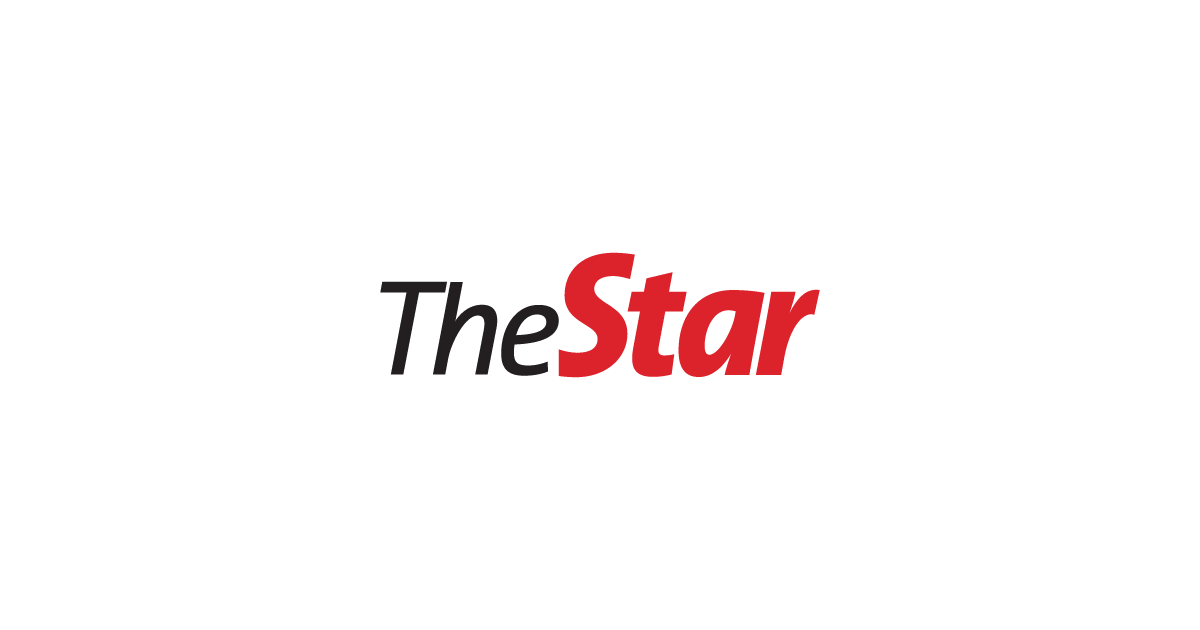 Aleah’s presence will make it harder for gymnasts to win

PETALING JAYA: Can Malaysia’s artistic gymnasts overcome the latest hurdle thrown at them to deliver a medal for the country at the SEA Games in Vietnam from May 12-23?

I do wonder re the fairness of this switching country business. I can’t imagine how the top gymnast (prior to the switch) feels, especially if they only have one spot at major international events.

I suppose it’s similar to Belarus granting citizenship to two American gymnasts to compete for the country despite at least one of them having zero ties to the country (Kylie Dickson I think had a Belarussian grandparent).

At least Finnegan is actually Filipina in this case.

I never heard that, I only heard they had no ties at all, it was their coaches that had ties.

Everything I can find says no ties. This Vice article pulls no punches about the country switch. 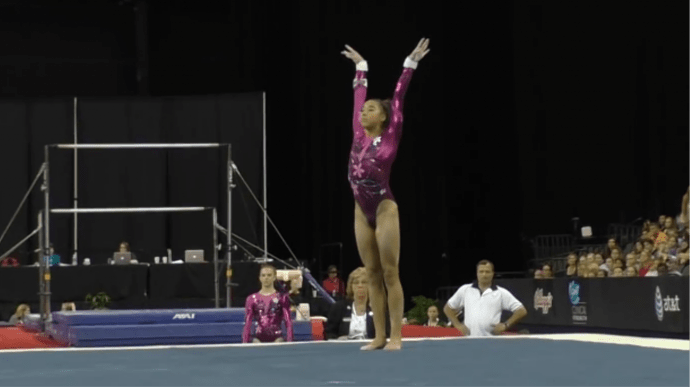 How did two teenage girls from Southern California end up representing Belarus, a country they otherwise have no connection to, on the former Soviet republic's quest for a berth at the 2016 Olympic Games?

Finnegan’s mother was born and raised on the Philippines. I believe one of her older sisters also competed for the country previously.

Oooof I had forgotten some of those quotes. Admittedly it’s difficult to know what answers would be sensible/appropriate in that kind of replacement situation.

I feel for athletes who either lose a spot or have to compete against some interloper who has nothing really to do with their federation suddenly showing up. At the same time, if Finnegan can be an athlete who unlocks more opportunities and attention for their WAG, it could be good for them.

I also feel for the many athletes who are stuck with a crappy federation and have no choice but to stick with it if they want to keep competing. The Dutch team isn’t happy, Biles clearly wasn’t, the list goes on and on. Not having the ability to pull stakes and go flip for someone else is a real barrier to improving things for athletes because they don’t get to use their main bargaining chip.

No elite athlete is “stuck” representing a country. Just look at figure skating to see how easy it is for elite athletes to gain new citizenships

The great grandfather thing did get said at the time, it was mentioned on the old board. But I can’t find a source and have no idea if it’s true or not. I don’t think there was ever any claim that Dickson got citizenship through having a Belarussian GGP, though. That is, if she is of Belarussian heritage, it’s incidental. And I don’t think there was ever any suggestion that Kwan was.

I’d draw a significant distinction between the 2015 Belarussians and individuals who have more than one citizenship as of right, without sports having been relevant. We get into much more complex territory with the latter group, particularly if they live in one country but have never competed for it and want to represent the other.

Irina Alexeeva was another, although I don’t think she ever was eligible to compete for the US anyway, so her situation was a little different.

Irina Aleexeva isn’t a US citizen, she was born in the country she represented internationally and began her gymnastics career there. Much like Melanie DJDS now trains in the US but represents France.

It’s uncommon in gymnastics, but very common in other sports, especially figure skating where very often you have skaters from several countries with the same training centre and coaches

Cases like Finnegan are reasonably common in gymnastics. People just don’t seem to notice unless the gymnast is a former elite from a top gymnastics country (US mostly, but also there was Danusia Francis from GB). In fact, just sticking to the Philippines, Ava Verdeflor competed for them for a few years even though she grew up mostly in the US.