Yes. I typed that right. 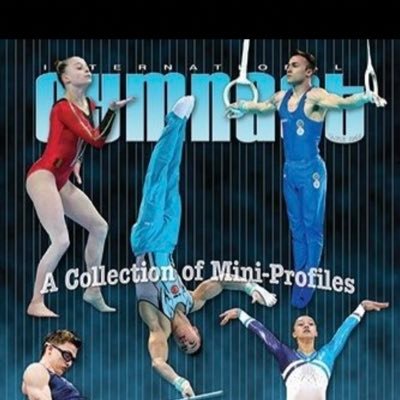 wow… what rating would it have? an I?

I assumed she was a French gymnast by the name but they’re speaking english in the video so I googled her, she’s a 17 year old level 10??

She also did a little bit of elite this year. I think she qualified to bars and one other event at Classics but didn’t compete.

I saw on Reddit she is committed to Alabama

I won’t lie, I was hoping she’s Canadian. Level 10 though, that’s crazy!

Chloe is going to be big at Alabama.
https://www.instagram.com/p/CdtUWuJJgoE/

jesus christ I hadn’t seen this, this is amazing. Would these be harder for her if the low bar were there? It doesn’t look like it to me, but just wondering

Well not relevant to her Nab 1/1 of course, but I think a low bar might inhibit her swing on the Jaeger 1/1, yes, she looks sorta tall.

It’s interesting how FIG would approach these skills, since an “open pike” is currently something the code is against. Her tkatchev full doesn’t remain in a layout position, she clearly pikes as she starts to go over the bar. The jaeger full pikes a bit later, but she’s still doing it there too.

Hopefully they would codify open pikes being allowed on full twisting skills, but that also makes these skills different than an actual Nabieva 1/1 or Layout Gienger 1/1. I’d say H rating is correct and it should be I rating if the layout position is maintained throughout. We really need to bump up the Mo Salto and Def to an H rating though.

Ha I think we already know the answer to this!

Ha I think we already know the answer to this!

Do you think they wouldn’t allow it? We do already have this rule: “For double saltos or saltos with LA turn, no deduction for insufficient exactness of tuck or pike position.”

The FIG has already said there’s no such thing as a piked single salto with full twist. It’s evaluated as layout and deducted accordingly.

Although I guess we have never had a full twisting tkatchev/jaeger in WAG before to test the theory, I would imagine they wouldn’t allow separate pike and layout versions.

It would be very unfortunate if they approached it like that and gave these moves .3 deduction for not maintaining layout. It’s already so dumb how Layout Jaeger attempts can get .3 deduction on top of a downgrade for an open pike, when doing that is more difficult than a regular piked jaeger (and doesn’t visually look bad).

We do have the “Piked Gienger” which allows an open pike though! So there is hope.

Ha yes but it’s a half turn

There is also a fwd HS - piked salto fwd with 360° so there is precedent for saltos with pike and 360° twist.