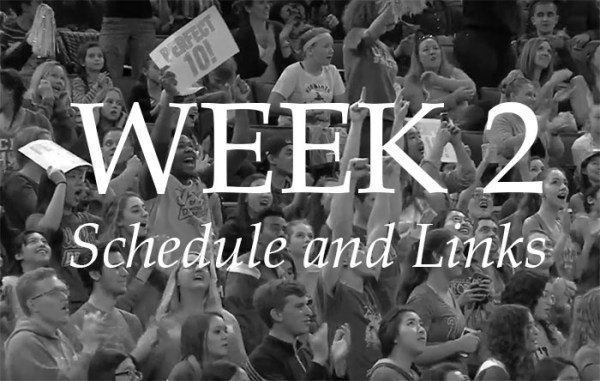 Schedule and links for week 2 in NCAA gym

Some good SEC meets this weekend!

Going to get up for [email protected] Florida, should be worth it

nice to see UK repeat their upset, they weren’t as emphatic on FX to finish, but they did the job. For me at least, Kiya’s injury and Bryce’s beam fall evaporated a fair share of the excitement that had been built in the first 2.5 rotations.

UMich’s IG page reporting that last night’s 198.125 is the first 198 at home. I think they have like six-max 198s from the last two years. They looked stronger on BB this week, but boy is Big 10 judging SEC-flavored nowadays…

Denver with 4 sticks, including 2 1.5s. They look refreshed from last year.

Morgan Price is a star. Fisk is NAIA not NCAA, would that impact her when it’s time for seeding individuals to regional sites? 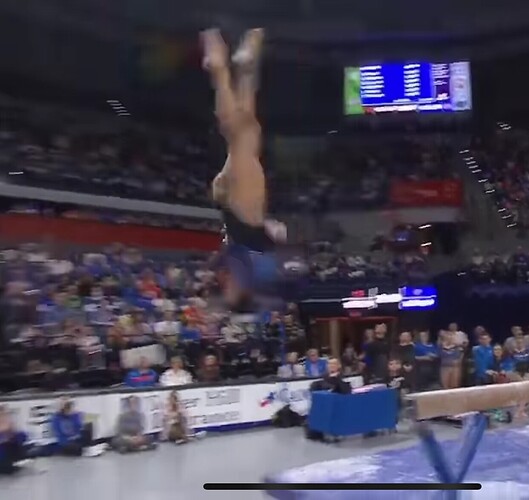 Deductions are just suggestions at this point

It’s a clownshow. Judges are scared not to give tens because of the chronically online hypersensitive fans.

I’m okay with routines that go above and beyond the requirements getting 10’s with hops but I just don’t think this was exceptional. She’s done better.

Carey’s one is a bit different IMO. It was barely a hop and the angle of the video of the vault is higher up than were the judges are sitting. They might not have seen the hop like we did, as our viewpoint is not the exact viewpoint of the judges.

I personally, am an advocate for the vaulting judges to sit on a platform so that they have eye level views of the mat and the gymnast’s feet.

Wong’s was obvious from the dismount, although the first time I watched it live the 10.0 seemed appropriate. Granted I was dust mopping the family room as I was watching, so I was not 100% focused.

It was a strong DTY otherwise, and as long as you land a DTY in NCAA with no major errors, you are going to be getting 9.950-10.0 every single time.

Yeah, no, there’s a little too much scoot back for judges not to have seen that. Also she has a little bit of softness through her knees and ankles that leave it a bit shy of her best. They chose to give her the 10. I wonder if they’d either boxed themselves into the score or decided it was so far above the level of competition that they’d just give it, but I wouldn’t have in this case. Jade can do this vault to a college 10 standard, but this wasn’t it.

I literally dont know what the point of having judges is if they’re not going to at least be able to see and then take off for the landing.

This is a nonsense. Move all the vault values down if you want to reward a DTY.