There was some amazing competitions this weekend, but the difficulty in watching and the lack of live scoring was not ok.

For WPO, some teams did live stream, but you needed to have multiple livestreams up at a time in order to watch the meet. Not sure about WCI. This is good if you were following 1-2 teams, but left out other teams. The lack of live scoring for these 2 meets was frustrating. There is just no reason for that, especially when both meets had live scoring for their DP meets.

Stanford/Cal had virtius, but only for Stanford. That was really odd. Why not both teams?

So frustrating to try to follow the sport this weekend. I have no idea why the live scoring was not working, really, it is 2023. That should not be an issue!

As a Cal person, I kind of wanted to see my team. Oh well. They didn’t even have Cal scores, which actually were decent.

The lack of live scoring has been a sore point for YEARS.

I agree. Luckily, the FB streams were decent enough, but you had to choose which teams to watch.

Last year, there was live scoring for almost every meet. I am really hoping there was just a technical issue with Road to Nationals this week and that it is fixed before this weekend! I want to follow Rocky Mountain Open and Navy Open! 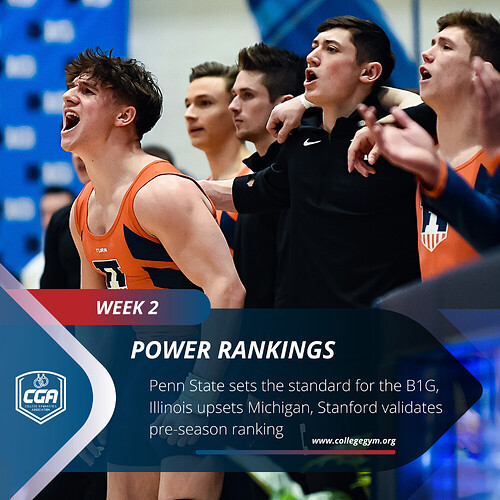 It does not look like 2 teams have competed yet, but they do this weekend.