I think we’re about due for another go-round with the debate over Shawn’s Amanar and resultant AA silver.

I just don’t want to think about 2008 anymore tbh, except Michael Phelps’s eight golds in one Olympics and USA MAG overachieving.

It was so fucking short tho. I totally had Yilin in silver.

I recall chatting with @irichluck21 during the competition and the two of us swore she was going to get downgraded. Especially when the camera showed how the judges’ video was paused at her landing showing how short she was.

As far as I recall they didn’t downgrade a single short vault that actually got stood up that Olympics. It was ridiculous.

We’ve not had a really bad tempered and simultaneously completely predictable Sydney AA discussion since the old board died either, although I was saving that for the off season lull.

I will die on the hill that karpenko was doing meta-, super-creative choreo by kneeling down after her first pass

I didn’t know this was such a contentious issue. I like shawnie so my position here would be, suck it y’all.

Plus she didn’t drop her heel before she completed the rotation. Forwards, admittedly, but I’ll argue she was ahead of her time.

I recall chatting with @irichluck21 during the competition and the two of us swore she was going to get downgraded. Especially when the camera showed how the judges’ video was paused at her landing showing how short she was.

I remember that chat!
Especially when other Amanars that quad had been devalued with similar shortness on landing.

Totally! Cheng Fei in 2006 TF if I recall correctly?

Correct. Thank goodness that didn’t cost them the title. 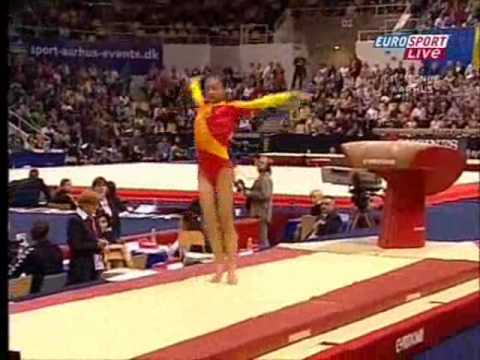 Yeah, that was ridiculous that they downgraded that. Her body is facing front and it looks like one foot landed crooked causing that off-balance step. Shawn was facing the judges’ table when she landed hers.

It was so fucking short tho. I totally had Yilin in silver.

They did have a rule change on downgrading between Aarhus and Beijing, I forget what exactly but it was less strict.

a further argument could be made that Shawn should have been off the medal podium entirely and Ksenia Semenova in bronze position.

Ooh, senenova bronze? Me would likey that!

Probably after people realised how fucking ridiculous that TF call was.

It was never as under as some people tried to make it out - “landed sideways”. She landed on the diagonal at worst. The execution was overscored though.

It was pushing 45 degrees short

It was pushing 45 degrees short 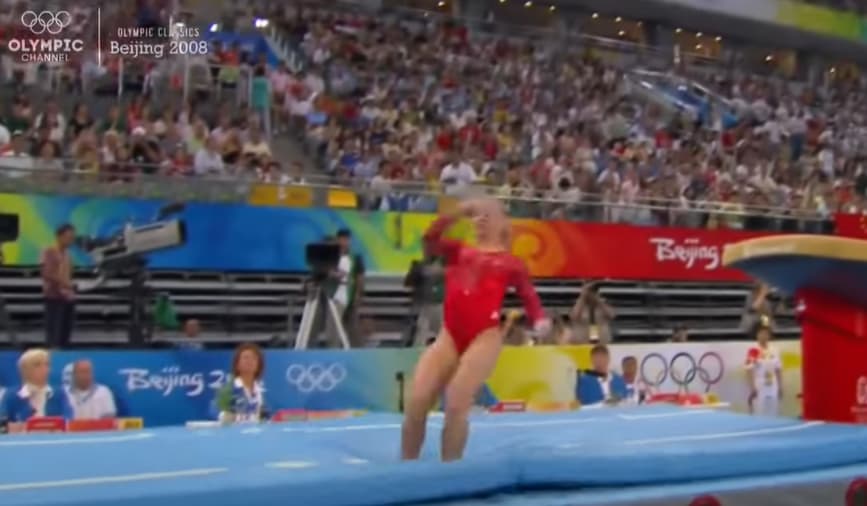 Just about. The left shoulder is far back.
She was great about disguising it with the step forward to bring her shoulders around.

Yeah bent arms on her BHS is something that might often get overlooked but it is pretty legit to take with both Gadirovas. Their BHS really sink into the floor god knows how they can tumble like that.