Ugh that sucks, I watched half of it this afternoon but looks like it’s gone, was hoping to watch the rest tonight

Yeah I was in the middle of watching it and it went private. UGH

I wish there was like a “pay $5 to watch this in your country” option. It’s so annoying. Why hasn’t that been invented.

How is there no thread for CWG leos? I thought the meet was above average in this respect. Particular standouts were the South African AA leo (the blue and white one) and the Welsh AA leo (teal). I loved that the designers of these leos chose a motif and worked it throughout, rather than trying to squeeze in as many elements as possible. I also liked the Singaporean AA leo (purple and black). I’m not sure how I feel about the main Australian one - the design was busy but the underlying colour gradient was

I wasn’t wowed by the Canadian leos, but one of the MAG singlets reminded me of the federal government website, so by that measure I guess the leos were a hit! 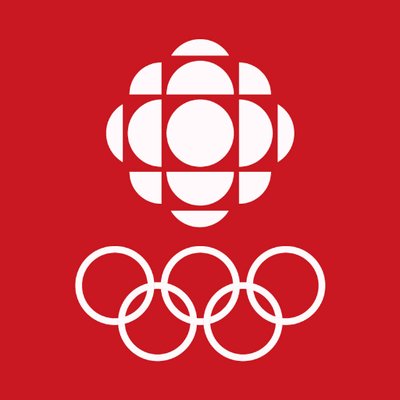 @CBCOlympics
That feeling when you get back on the Commonwealth Games podium 🙌 Canadian gymnast Emma Spence captured her third bronze medal of the Games following the women's balance beam final and her reaction couldn't have been any better 🇨🇦❤️ https://t.co/WiiuVZq8Pg
1 Like
ArnoldRimmer August 4, 2022, 6:57am #288

The system does feel increasingly backward in 2022 doesn’t it? When competitions are being filmed, and people want to pay to watch them, but we don’t have the structures allowing for that. I for one have watched dodgy streams and individual routine videos of things I’d have gladly paid for to ensure myself good quality and reliable access. I’m sure we all remember watching the first half of the Olympic test event live only because Arthur Nory was livestreaming it on Periscope. The £30 I spent on a year of Discovery for the Olympic coverage is the best money anyone’s spent related to this sport since Simone’s family got her a sports psychologist.

Still though, it was a great competition. The way it’s combined reasonably priced seats, packed arenas and vocal support for every gymnast is basically a model for how gymnastics competitions should ideally look. What an experience.

It doesn’t seem that complicated right? Federations would benefit from increased exposure for the sport, the sport would grow, gymnasts want to be seen, people
would increasingly want to see them. Everything is filmed anyways (which costs some money), just bridge the gaps in a sensible cost model that prioritizes growing the market.

The gap between “free / reposted on YouTube illegally / streamed from Norys phone” and “give your left kidney as payment for flo’s horrible coverage” is still very large. It’s baffling. I mean, I love not paying to watch gymnastics, but I wouldn’t mind paying a little.

I think there’s also an appetite for paid extended/deluxe coverage at the big events. I’d be delighted to have the opportunity to buy a package showing every single routine in every round at worlds, which is what Discovery did for Tokyo.

Who remembers Triplecast in 1992? It was awesome.

Peacock’s Olympic coverage was actually pretty good. The ability to watch on demand was great. For $5 a month, too.

The Rhythmic AA, I think the first time England has taken it. 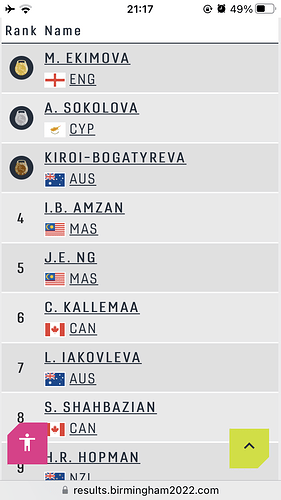 Just watching the AA. There was a HUGE delay before Alice’s bar score was released. And there ended up being a 0.3 ND.

Christine said maybe it was because she hit her feet. But that wouldn’t be an ND.

I have an awful feeling it’s because she walked under the low bar before saluting to start her routine. I can’t think of anything else that would create an ND on bars. She didn’t fall. Any ideas?

She took too long to begin her routine.

She took too long to begin her routine.

Really?! I thought that would be a zero??

If she had already started the routine and fell, then took longer than 30 seconds to remount technically the judges could have ended the routine.

If she had already started the routine and fell, then took longer than 30 seconds to remount technically the judges could have ended the routine.

So what was the deduction for? There was no fall. I thought she had 30 seconds to mount after the initial green light. If she fails to mount within that 30 seconds, doesn’t the light turn to red? Or is it still green but with a 0.3ND?