Maybe this is premature for everyone but I think it would be fun to have a thread to create optimal routines for gymnasts next quad, in part so we can become better acquainted with D score calculating.

Perhaps this routine involves too many unnecessary risks

Although someone like urazova does everything so beautifully I don’t really care about her doing it. It’s more EVERYONE ELSE

I understand absolutely NOTHING of this new code, but, although I can see the b overuse problem, I’m looking forward to b-d giving connection bonus. Maybe we’ll see a rulfova again. Would b-b-d earn something extra?

Although, this routine relies heavily on tricky connections. It will be fairly difficult to nail these connections each time out.
Illusion+side aerial+ straddle jump is almost impossible because it’s really hard for gymnasts to not take a balance check after the illusion.

This routine would need an element in reverse grip or l-grip to start from a 6.7 since dismounts aren’t eligible to fulfill the CR.

Isn’t that bizarre? I’ve never understood how an inbar 1/2 to a jaeger fulfills the requirement but an Inbar 1/2 + double front doesn’t

Yes - it’s specified under Article 11.3 that casts, mounts, and dismounts are not eligible to fulfill the CR.

An inbar 1/2 wouldn’t satisfy the requirement because it starts, and the majority of the skill is performed in regular grip.

Ty for this knowledge. I edited the routine above and added my shorthand for a giant circle fwd in l-grip w 1/1 turn to handstand

But the previous poster hit the nail on the head.

What’s crazy is that an Ezhova DOES satisfy the reverse grip requirement. With like, 0.2 seconds on the bar in that grip.

The rule is why Chellsie did blind change-front giant-double front dismount. Blind change to dismount wouldn’t fulfill the requirement.

The inconsistency regarding release vs dismount is maddening. But what else do we expect from WTC? I’m more shocked when things aren’t inconsistent and/or illogical. 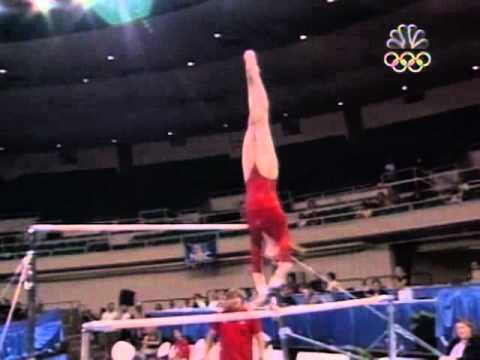 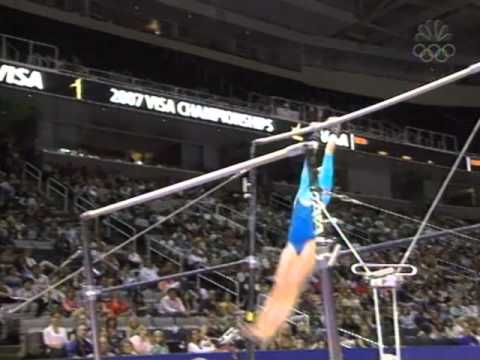 For the 2006-2008 COP, showing different grips was not one of the CRs, but there was a 0.3 composition deduction for not showing at least two different grips, with the mount, cast, and dismount exceptions still existing. The 2009-2012 COP was when it became a CR.

Coming through with the facts.

ETA: I seem to recall that a Double Salto wasn’t an EGR early in 2006. And that Nastia learnt the Double Front when it did?

Her SCAM 2006 routine didn’t have a double salto. Or did she just swallow the 0.5 because she hadn’t yet learnt the Double Front?

ETA: I seem to recall that a Double Salto wasn’t an EGR early in 2006. And that Nastia learnt the Double Front when it did?

Her SCAM 2006 routine didn’t have a double salto. Or did she just swallow the 0.5 because she hadn’t yet learnt the Double Front?

The penalty for not performing a double salto was only a 0.1 composition deduction.

I know they made a few tweaks after Aarhus. In particularl they downgraded the Tuck Front Full from C to B because so many people were just doing it on its own as a side pass.

Why on earth did Nastia do that double front then. It was horrible

Why on earth did Nastia do that double front then. It was horrible

Liukin had limited D / E tumbling options on floor, in part due to the much stricter requirements for receiving credit for twisting elements beginning with the 2006-2008 COP. In the previous COP, you could be short by up to 90 degrees and still receive DV (although you would receive a 0.2 deduction for being that underrotated). Starting with the open-ended Code, all twisting elements must be fully rotated to receive credit. Throughout her career, Nastia underrotated her Randi, and she started having difficulty fully rotating her triple twist in 2006 as well. For someone also including a layout front double full and a 2 1/2 twist in her routine, this meant that these skills were at high risk for ending up as repeated elements and also potentially losing CV and CR/EGR credit.

We never saw enough double salto work from Nastia to tell if a full-in or an Arabian double front were viable options, but I would be surprised if the execution would have been much better than what we saw on the double front. Also, with a double tuck only being a C at the time, it made sense to take a chance on the double front instead.