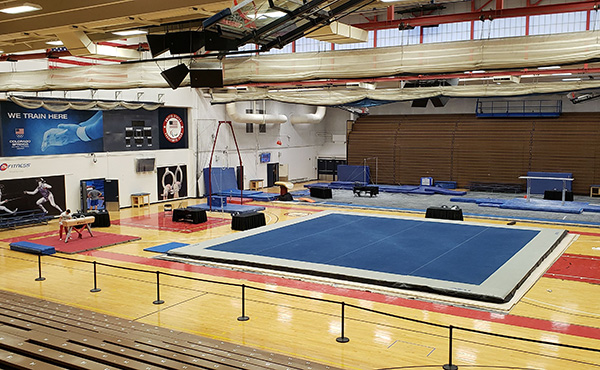 Selection for the 2021 U.S. Men's Artistic World Championships team will take place this week at the Colorado Springs Olympic and Paralympic Training Center.

National Team members in attendance are listed below in alphabetical order.

Mikulak looked to be retired from everything I could see - pics of him on vacations, relaxing.

Maybe Mikulak is there to cheer the team on?
I thought the Olympics was his final competition.

Modi and Bock don’t have stand out events really. Mikulak we are assuming is retired, Moldaeur could potentially take Wiskus’ place but I’d like to see Wiskus try for VT finals and he can also make FX and PB finals, whereas I only see Moldaeur in floor finals.

If they want a

Too bad there’s no sound on the video stream.

A lot of this was…not good.

I watched later - not everyone was shown.

Who would have guessed that the highlight of the US MAG selection camp would be PH.

Nedorocksic hit, just not as well as Yoder.

The only person I saw with 2 vaults was Whittneburg, and he didn’t hit either of them.

Malone was decent on HB. 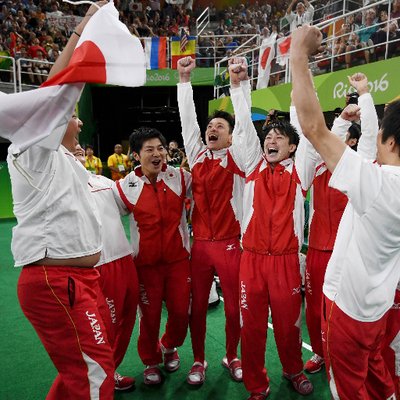 Yoder already qualified per the rules - about getting a score that would have made the top three in I believe the Olympic apparatus finals.

The rest of these people have to come back for day 2.

Steve N and Brody Malone will probably make it.

Seems super strange that couldn’t steam this properly due to strict covid protocols, but had Sam there who wasn’t competing.

Flogym was supposed to stream it. At least we got to see it.

2 horse guys
Diab
Whittenburg
Malone
One of Moldauer or Bock

ETA: It’s Yul - he apparently got the score to qualify for an automatic spot according to Twitter. 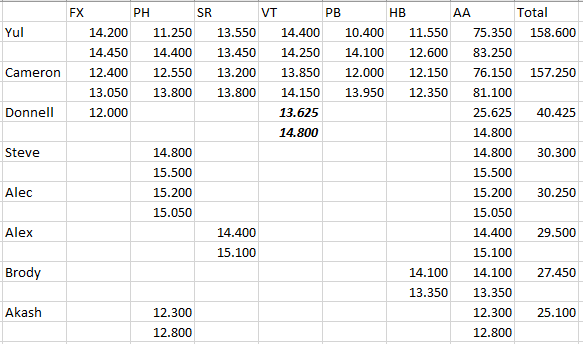 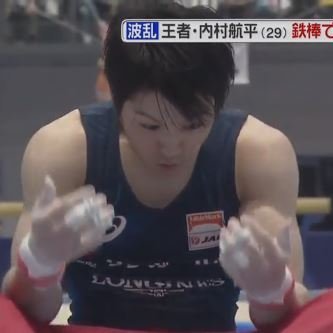 @OnoNoKomachi1 Mathematically there is no other option. With Yoder and Nedoroscik automatic on PH, and selection procedures also saying 1 AA, there are no more horse spots for Modi or Bock
QuietColours September 19, 2021, 2:25am #12

If they hit, it’s a team that could do quite well. Feel badly for Modi and Bock being alternates again, but given the criteria and results, this makes sense.

If they hit, it’s a team that could do quite well. Feel badly for Modi and Bock being alternates again, but given the criteria and results, this makes sense.

It’s the best team possible and they could bring home multiple medals if they hit.

Interestingly enough this men’s team is going to be stronger than the women’s team.

The US men must have qualifications tonight.

US men compete at 10 pm Eastern